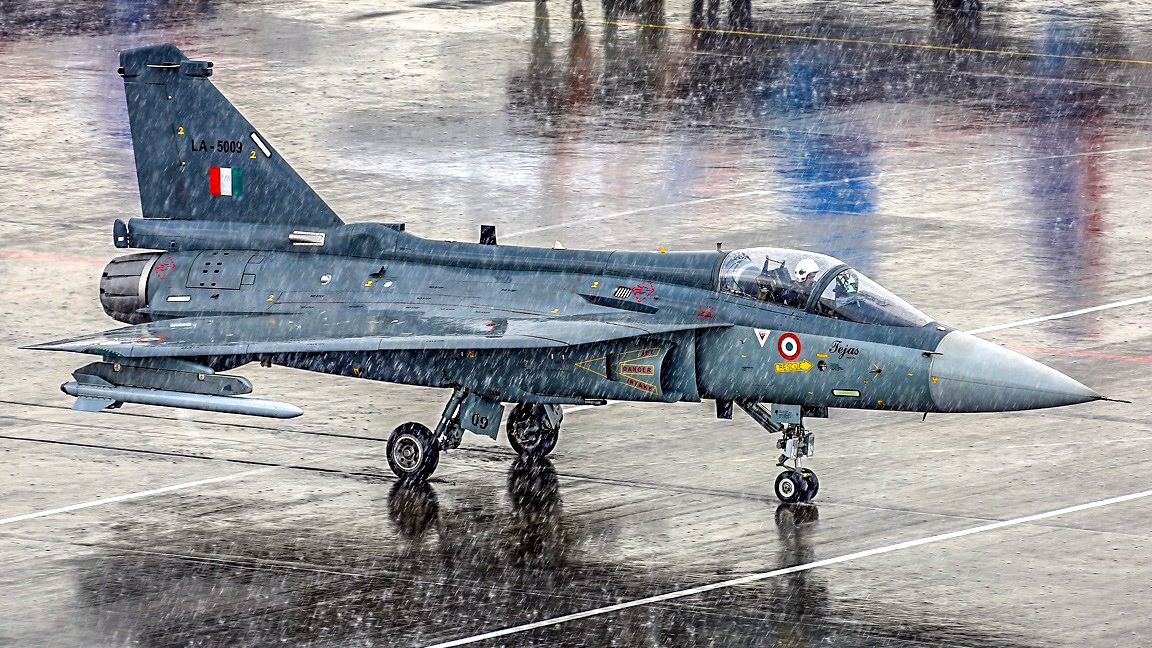 HAL and ADA are competing separately to meet the demands of IAF’s fleet requirements and currently, two teams are working parallel on the development of LCA-Tejas Mk1A along with MkII/Medium Weight Fighter (MWF) program. IAF already has backed the development of the AMCA 5th generation fighter program which is handled by a separate team but the race to fill the requirement for nearly 300 aircraft is heating up after new IAF Chief Rakesh Kumar Singh Bhadauria made an interesting comment on both Mk1A and MWF program recently.

Chief of Air Staff confirmed orders for 83 upgraded Mk1A will be inked with HAL soon and also reaffirmed his commitment to the AMCA program but when asked about MWF program, Air Chief said that IAF is ready to procure 200 of this jets only if they are ready on time and meets its requirements, clearly putting onus on the ADA which has reworked MWF program with host of improvements and upgrades which delay the program.

Scaled model of MWF was displayed by ADA for the first time earlier this year, which disclosed radical changes which have taken place on the aircraft design and features clearly moving away from legacy design of the Mk1 in many ways but MWF program also as a very small development window and it is expected that first jet will take its flight by 2023 and enter production by 2028.

Skeptics of the program are not impressed with the ADA timeline nor it is clear how the production of 200 jets can be accomplished in 10 years due to lack of clarity on the production house. for the time being, HAL has been tasked with the development of the first two aircraft by ADA but many fear that transition from light combat category aircraft to medium category aircraft will be time-consuming and any delays might make IAF reconsider its support to the program since prototypes of AMCA is also expected to be already in the air when MWF is still at testing stage.

HAL which developed Mk1A without help from ADA even though Mk1 was designed and developed by ADA should be looking at an opportunity to sell IAF more jets of the same make. Mk1A happened due to delays in the MkII program by ADA and any delays in the MWF will be advantage HAL which likely will offer further upgraded Mk1B Variant with additional features and equipment over Mk1A which already comes with a host of improvements over Mk1.

2020-23 will be an interesting time for both HAL and ADA. Mk1A and MWF will be developed and tested parallel, while HAL has already secured orders for 83 Mk1A it still has a chance of securing more orders if potential orders for 200 MWF never materialized due to delays in the program. HAL already is bumping up production of Mk1A to 16 per year from 2022 and even plans to take it further to 21 if it can secure more orders. HAL plans to complete deliveries of 83 ordered Mk1A by 2028 which interestingly is also when MWF is supposed to enter production.