Why Make in India 2.0 for Defence risks going down the same path of failure as before. 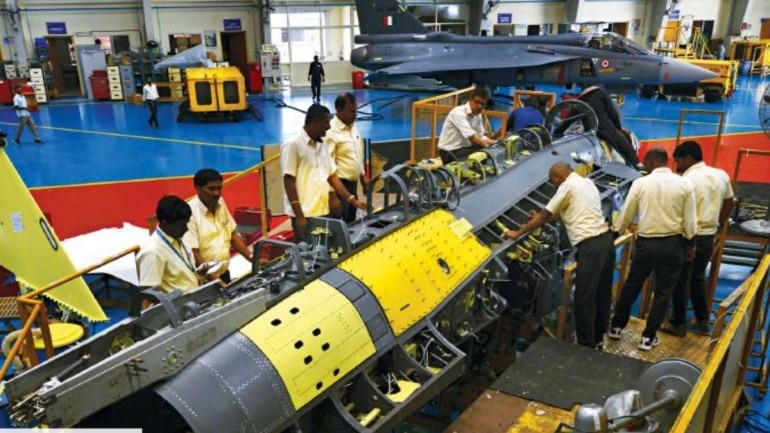 No general would GO into battle without a map or war plan. Campaigns have been lost for want of these. This is exactly what befell the government’s Make in India vision for the defence sector. When unveiled six years ago, Make in India was meant to turn the country from a net importer of armaments to self-sufficiency in weapons production. But the idea had no roadmap, no time-bound plan with deliverables and no generals to steer its course. The result was a foregone conclusion.

India has consistently maintained its place as the world’s second-largest arms importer, buying military hardware worth over $100 billion (Rs 7.5 lakh crore) from the US, France, Russia and Israel between 2013 and 2019. Over 60 per cent of India’s military hardware is imported. Every year, the armed forces pay over $10 billion for importing defence hardware. The government aims to change that. Finance minister Nirmala Sitharaman’s May 16 announcement of a bold new reforms package aims to create a robust defence industrial base. Defence is crucial for a self-reliant India, but without action on the ground, Make in India 2.0 stands a very real risk of floundering like its earlier avatar.

The key drivers announced by Sitharaman include creating a negative list of defence equipment imports and a lowing foreign companies to own 74 per cent stake in defence joint ventures (up from 49 per cent).

Forty-one ordnance factories will be corporatised and a special budgetary provision will be made for domestic procurement in defence. Several of these measures were outlined by the Lt Gen. D.B. Shekatkar committee’s report on reforms in the armed forces, submitted to the ministry of defence (MoD) in 2016.

The government has aimed what it believes is a silver bullet at the problem of defence imports. Indian manufacturers say they get unrealistic weapons requirements, and the armed forces then import these weapons systems.

The government now says that the armed forces have been asked to make ‘realistic requirements’ for weapons systems, a point raised by Chief of Defence Staff General Bipin Rawat recently. The negative list closes the door on easy imports and compels a hunt for indigenous options.

The hike in the FDI cap in defence is aimed at attracting foreign OEMs (original equipment manufacturers). Defence MNCs were unwilling to invest in India or part with technology until now as they lacked control. Raising the FDI cap gives them majority control. India’s defence FDI figures have been woeful. Between 2000 and 2018, the total FDI in the sector was just $7.26 million.

The negative list is among the most radical concepts and will need to be drawn up by Gen. Rawat’s Department of Military Affairs. It will have items banned from imports because there are indigenous capabilities. This is not going to be an easy task. Gen. Rawat recently announced that the Indian Air Force (IAF) was not buying 114 imported fighter aircraft (to be built locally), only to have Air Chief Marshal R.K.S. Bhadauria publicly contradict him three days later, saying the acquisition plan was on.

Two proposed imports, 1,400 howitzers from Israel for the army and two Phalcon Airborne Warning and Control Systems aircraft for the IAF, could now be axed as Indian companies have produced similar systems.

The government proposes to prioritise items and components within India for military platforms. The proposed corporatisation of the 41 ordnance factories, which make arms, ammunition and clothing worth over Rs 12,000 crore for the defence forces, is another radical step. The move was announced by the MoD last August, but postponed after Ordnance Factory Board (OFB) trade unions went on an indefinite strike. The OFB is an attached department of the MoD. Corporatisation will turn the OFB into a defence PSU, like the Hindustan Aeronautics Limited (HAL), with its own board of directors and far greater autonomy in decision-making and the freedom to forge joint ventures.

A rigorously monitored indigenisation roadmap, for instance, would lay down targets for the Defence Research and Development Organisation (DRDO), ordnance factories and the defence PSUs to indigenise critical components. It would help enormously if ‘exploded views’ of imported defence hardware were provided, which would identify components needed to be indigenised urgently based on how often they needed to be replaced.

If the MoD were to draft a plan wherein limited numbers of indigenous products were brought into service and improved upon, it would enormously help the industry.