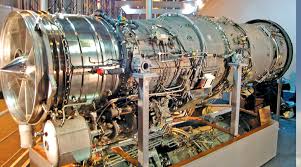 The India-U.S. Joint Working Group on jet engine cooperation within the framework of the Defence Technology and Trade Initiative (DTTI), has been suspended and Joint venture proposals with the French Aero-engine maker SAFRAN after years of talk has been suspended. India’s quest to jointly develop a new generation afterburning turbofan engine for its upcoming 5th generation AMCA MkII fighter program which is all set to take off officially in 2020.

Delays in the selection of Joint venture partner for AMCA specific engine to power India’s first 5th generation fighter program has meant that now India has planned to use less powerful F414-GE-INS6 afterburning engines for the first two squadrons of 40 aircraft. GE Aviation and SAFRAN seem to be India’s first choice of foreign companies with whom India has carried out extensive collaboration talks for years now without any results and India simply cannot continue with talks especially when the program is about to take off officially.

Years of negotiation with both the companies and it is more or less confirmed now that India can’t afford SAFRAN proposed JV offer to India and GE Aviation proposed Technology Transfer without core stage is not acceptable to the IAF top brass. Instead of India going round and round with the same set of companies, India should send a global invite to all major aero-engine makers to send their proposals for joint venture development of a new engine with minimal order guarantees to set the ball rolling again and to gather global interests.

While many other Major Aero-engine companies like Rolls Royce, EuroJet Turbo GmbH consortium, NPO Saturn and Pratt & Whitney have in past offered to collaborate with India on development of new AMCA specific engine which can generate 110kn of Wet thrust class, it is not clear why such proposals were not pursued in the past and why there is lack of will also to fund GTRE to fix Kaveri engine which already is on the death bed even when it was certified by SAFRAN and cleared it for flight trials even though it doesn’t meet the wet thrust requirements of the LCA-Tejas.

Many prominent aviation engineers and former employees of ISRO have written to Prime ministers minister office to re-start the Kaveri engine program with a new team and involve many prominent organizations like ISRO and Private sector companies to fund develop a new engine locally with a fresh influx of funds. Management shake-up of the GTRE has been called many times in the past but it is not GTRE which is the program but it is funding and lack of infrastructure in the country which has become the greatest hindrance to the development of the engine locally in the country.

GTRE which doesn’t have a test-bed aircraft to test the Kaveri engine in the past had demanded from the Government to procure IL-76 aircraft to be used as a Test-bed aircraft to test the Kaveri engine when it was forced to go to Moscow for similar flight trials. GTRE also has requested the Government of India to buy an old Mig-29 fighter jet from the abroad so that one of its engines can be swapped with a Kaveri engine for flight trial certification. While both its demand were not accepted, GTRE is now depended on HAL to free up som old LCA-Tejas PV-2 aircraft for engine testing but many Military engine experts believe that original plane to test them on Twin engine Mig-29 with one experimental Kaveri engine along with one Klimov RD-33 engine was much safer option in case of mid-air engine failure on single-engined LCA-Tejas.

75kn wet thrust producing Kaveri engine needs to be certified for production even if it means it will not power LCA-Tejas so that it can be used on other programs like Trainer aircraft, Saras Turbojet variant, UCAV and HALE Class UAV programs in near future. Private sector companies should be allowed access to the Kaveri engine technology so that minor and major issues that keep cropping up can be fixed and resolved.

If Kaveri engine powered aircraft starts flying then the confidence to build a better and improved engine for the AMCA MkII fighter program can be initiated locally. India has to decide, whether it will be ok with limited core stage transfer of technology for the new engine to power the AMCA MkII fighter program or it wants complete independence from the foreign vendor and their conditions.