Why IAF doesn’t want Navy to Have ” INS Vishal”? 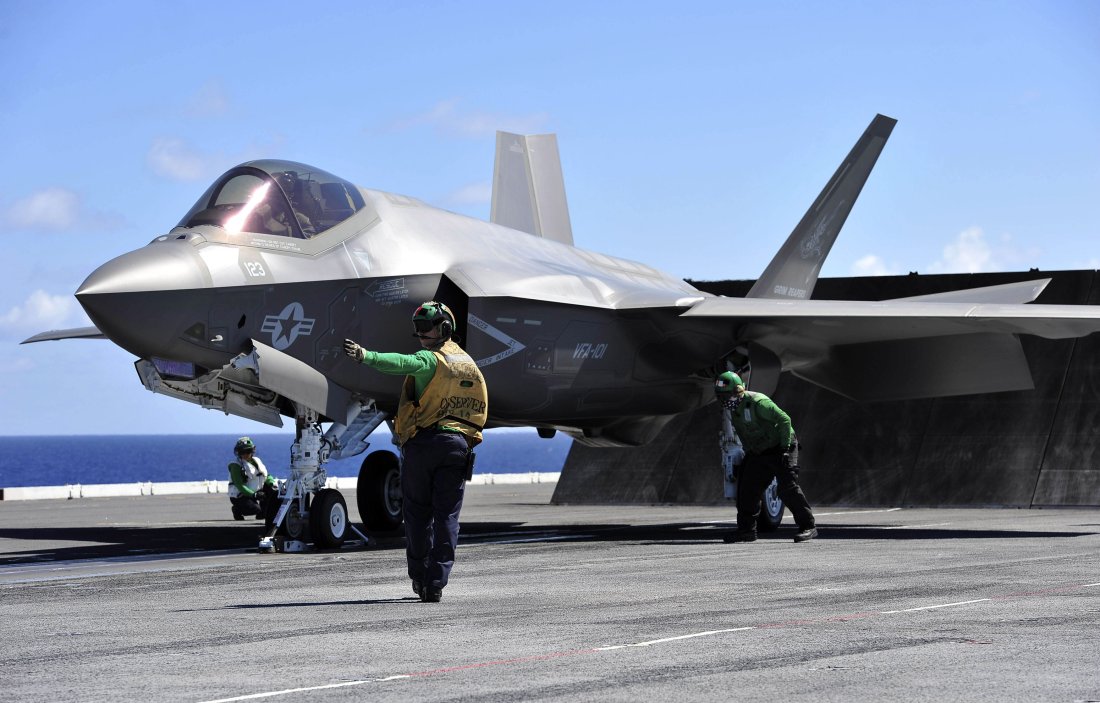 Indian Airforce (IAF) is arguing against development of 65000 tonne Mega Aircraft Carrier for the Indian Navy as per latest Indian media reports. Indian Navy which will require over 50000 cr for the development of the brand new aircraft carrier will also require an equal amount of funding for new fighter aircraft and anti-submarine helicopters to be, operated upon from the new aircraft carrier, which IAF feels can be better utilized by use of strategic airbases in Andaman command as a deterrence against any possible intervention of the Chinese naval fleet in the Indian ocean.

The tri-service rivalry is also due to the encroachment of turf war between the forces due to the growth of Aviation assets which both Indian Army and Indian Navy are keen to expand which IAF feels will diminish its role in the chain of command in management of air assets. In January last year, the Indian Navy had kick-started the process of procuring 57 carrier-based aircraft and has also has invested in the development of Naval LCA and AMCA in the near future which will limit the roles of IAF over Sea.

Indian Navy plans to expand its current fleet of carrier-borne fighter jets assets from 45 Mig-29K to over 200 in the next two decades for three aircraft carrier which it plans to operate in near future after the induction of INS Vishal in 2030. IAF is also worried that Navy has grand plans for INS Vishal which will also see the induction of 5th generation carrier-based fighter jets like F-35C carrier variant and Naval AMCA along with Kamov-31 AEW helicopters and carrier-capable tactical airborne early warning (AEW) aircraft like Northrop Grumman E-2 Hawkeye aircraft which will allow Navy to take complete control of the Indian Ocean thus limiting role played by IAF.

This is not for the first time, IAF has objected to the expansion of Aerial assets in the tri-service command. IAF forced Indian Army to have in its command 15 Boeing CH-47 Chinook heavy-lift helicopters and 22 Boeing AH-64 Apache attack helicopter ordered in late 2015 which were paid by Indian Army, but recently Ministry of Defence allowed Indian Army to place a separate order for six additional Apache attack helicopters which they plan to operate with 100+ LCH and ALH Rudra WSI Attack Helicopters that have been ordered by Indian Army for its Strike formations and hopes that it will be under direct command of 22 AH-64 Apache and 15 AH-64 Apache some day in near future.

Shirking roles of IAF has worried Senior officials, Indian Army and Indian Navy are constantly expanding their fleet of Aerial assets which IAF feels should be under their command. Indian Army and Indian Navy both have plans to operate long endurance Unmanned aerial vehicle (UAV) like TAPAS-BH-201 and even have plans to induct combat drones like in class of the American Predator. Indian Navy plans to create a Mini-airforce in its backward and Indian Army’s plan to take command of Helicopter fleet and also plan to operate Fixed Transport aircraft has worried IAF.