Vision 2030: A Strength of 40 Fighter Squadrons 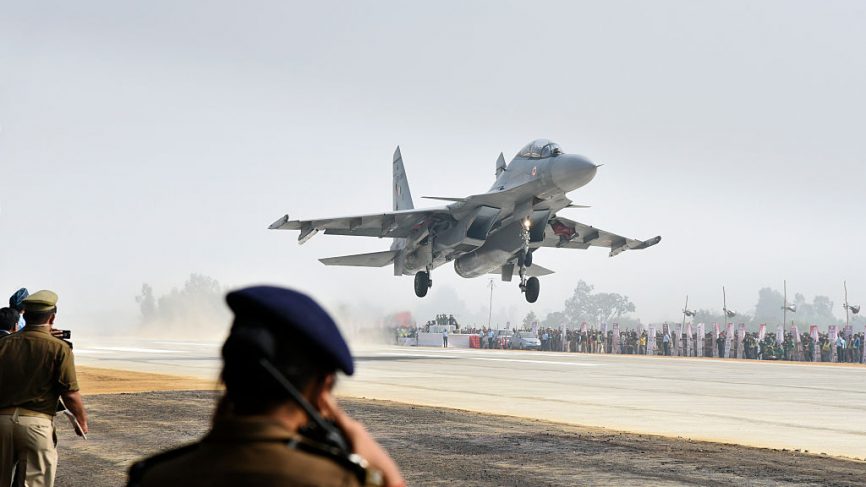 The Vision: 2030, an apparent Road map to build a 40 Squadrons Capable Indian Air Force with various Net Centric Warfare Platforms. Leaving all the mistakes in the past, now the time has come for IAF to work on this road map to field a contingent of 800 Modern Fighter planes by 2030. In a country like India, it takes 30 years to build an indigenous fighter jet while 5 years to procure a Foreign fighter. Therefore, inducting a total 300 fighters in the next 10 years would a big challenge for IAF. But it is not impossible. So, let me go through the Current Scenarios & Deficiencies need to be copious by 2030 so that IAF can fight a Two-front war.

Jaguar DARIN III upgrade is evident, as IAF may not like to lose Jaguars in such a hectic Squadron crisis. However, the matter is about to be resolved soon…

IAF should be serious about maintaining a good numbers of fighters by 2030 as Indian Navy to have a dedicated fleet of 200 Ships &Army mostly have modernised its IBGs to face the Pork & Jihadi military by that time.

What IAF should do….

The Current MMRCA tender of 110 fighters is not enough for a balanced Airforce strength &it would be difficult if we did not acquire the adequate numbers of Medium weight fighters. Therefore, IAF has to convince Govt. to order 36 follow-on Rafale under first tender citing the Tejas slow production as well as depletion of Squadron strength & 110 Rafale under MMRCA deal as TOT deals take much time to sign compared to Gov-TO-Gov Deal.If these two deals signed, then IAF would be able to field around 150 Rafale by 2030. The faster delivery is expected with 100 French birds (36+36+28)& Dasault won’t hesitate to double its production line by 2025 to deliver most of the jets, which are under flyaway condition.

The MMRCA deal is possible by 2020 &by the next 60 months, Dasault would be able to deliver the first RAFALE jet under MADE IN INDIA tag. Many countries are also looking at MMRCA tender, if Dasault becomes the lowest bidder, then French may expect more orders from these countries. Finally, the orange-face man Mr. Trump would made the statement like former British PM David Cameron, ‘What made Indians to choose French toast over American Hot Pockets, I mean… I surprised, we are the superpower of the world,have brilliant scientists&produce great planes. But, the countries like INDIA dumped our F16. Is France superior to United States?bla…bla…bla…’

IAF has to work with HAL in tandem if they are genuinely interested in Tejas. Otherwise, Forget these Timelines.I am not guessing anything more. But HAL needs to get over from the Congressi mind-set like CHALTA HAI ATTITUDE, as that era is gone. It also needs to stop manipulating stories to gain political mileage.

By the way, IAF is angry on HAL due to their Employees’ redundant behavior over Rafale Deal. It is true that The Revised DPP has already curtailed the role of HAL getting any big tickets as GOI is working on a plan to boost the private sectors for meeting the military needs.

If Tejas-Mk2 fighter steps up by 2025, thereby you could expect India fielding two squadrons of MWF by 2030. 133 light weight jets are expected by 2030 if HAL follows such road map.

I don’t see any alternative. However, India has to acquire any type of5th gen fighter during that time. That’s why, I looked at Russians. PLAAF planned to station 250 J-20 by 2030. Therefore, we needs to show the world that YES;at least we have the 5th gen jet. Various media reports suggest that FGFA is also getting new engines, EW suites by 2020. So, it would have been completely different platform after the next 5 years. China is also showing interest in FGFA.

If India buys FGFA & integrate it with the RAFALE F4R & ISRAELI features, then it can kill two birds with one stone by stopping china to buy it on one hand while making it more deadly on other hand. French will not oppose this concept as they already have won 182 MMRCA tender & have desired to cooperate in AMCA programme by that time.

Russians are also looking for orders, as they are delivering all 10 S-400 BATTERIES in just 5 years, it will be no surprise if they deliver 54 fighters in just 6 years.