US Navy and Boeing use manned jet to control drone Growlers 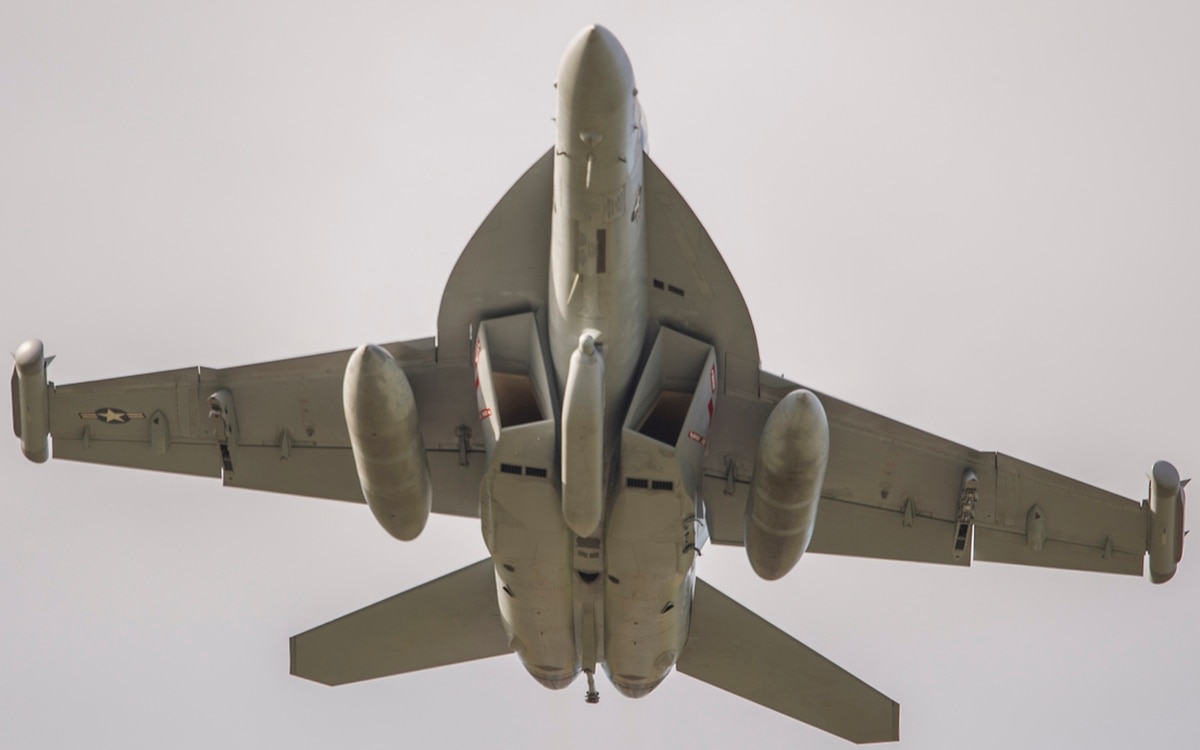 The U.S. Navy and Boeing demonstrated the ability to control unmanned aircraft with a manned jet, a capability that is critical for concepts intended to keep naval aviation relevant into the 21st century.

The Navy’s test wing out of Naval Air Station Patuxent River, Maryland, flew two unmanned E/A-18G Growlers, with a third manned fighter acting as mission control for the drones, according to a Feb. 4 news release from Boeing. The test “proved the effectiveness of technology allowing F/A-18 Super Hornets and EA-18G Growlers to perform combat missions with unmanned systems,” the release said.

“This demonstration allows Boeing and the Navy the opportunity to analyze the data collected and decide where to make investments in future technologies,” Tom Brandt, Boeing’s manned-unmanned teaming demonstration lead, said in the release. “It could provide synergy with other U.S. Navy unmanned systems in development across the spectrum and in other services.”

The test was conducted under the aegis of Navy Warfare Development Command as part of its fleet experiment exercise, the release said.

The Navy will increasingly rely on networked weapons and drones commanded by manned aircraft operating forward as part of an effort to extend the service’s fighting range and sharpen the teeth of its air wing. It’s a concept of operations that was detailed in a recent study by the Center for Strategic and Budgetary Assessments.

In the study, senior fellow Bryan Clark called for an unmanned combat air vehicle, or UCAV, with a range of up to 3,000 nautical miles without refueling and the ability to perform missions from anti-submarine and electronic warfare to anti-surface and strike.

But the study also called for retaining a manned fighter for command-and-control capabilities in environments where communications are jammed or nonexistent.

“There is still going to be a need for manned fighters to do close-air support, but mostly to do command and control of other platforms that are perhaps unmanned inside a comms-denied environment,” Clark said. “So if you send some loitering missiles or you send UCAVs up forward, you would expect them to be managed by someone who is able to maintain comms with them. That would be a human in a fighter that is able to remain close enough to them to stay in comms.”

For that, Clark points to a retooled F-35 fighter jet, one that switches out internal payload space for fuel.

“The F-35 folks, when you talk to them about what it would take to make it a longer-range command-and-control aircraft, they’re pretty optimistic because most of the challenge in doing these kinds of changes is in the software,” Clark said. “And the software isn’t dramatically different because it’s really just changing how it manages the fuel, not any of the other functions.”

The experiment seems to indicate that it isn’t just the F-35?s fancy communications suite that is up the task. The test demonstrates the ability to increase the pilot’s situational awareness with multiple aircraft, said Brandt.

“This technology allows the Navy to extend the reach of sensors while keeping manned aircraft out of harm’s way,” Brandt said. “It’s a force multiplier that enables a single aircrew to control multiple aircraft without greatly increasing workload. It has the potential to increase survivability as well as situational awareness.”