Trump likely to visit India at the end of February, say sources 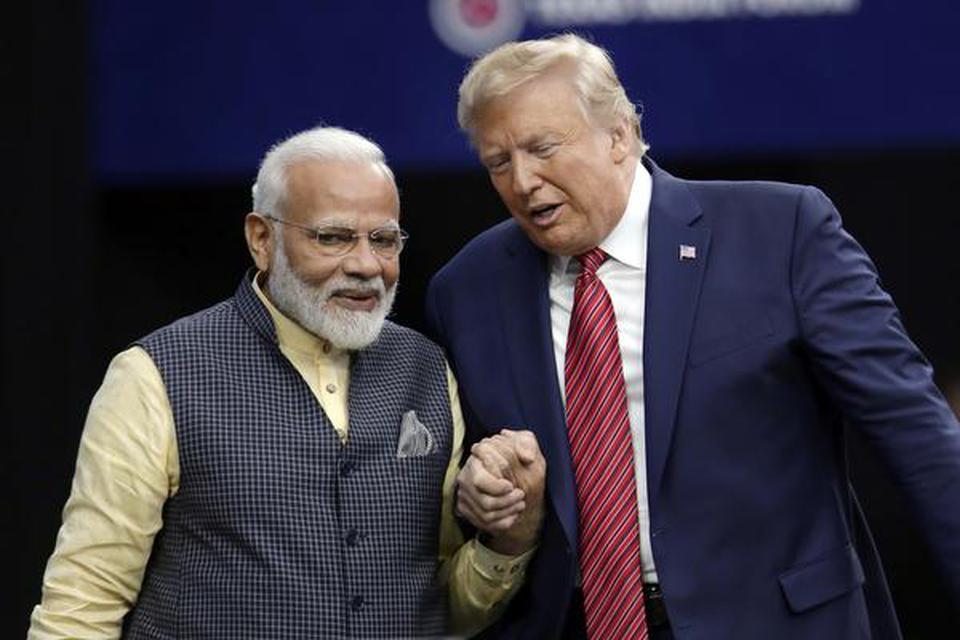 The visit will go ahead as long as dates don’t need to be changed to accommodate the impeachment process against the U.S. President in the U.S. Senate

Security and logistics teams from Washington are expected in Delhi this week to prepare for a possible visit by U.S. President Donald Trump, multiple sources have confirmed to The Hindu. The visit, which has not yet been announced, would bring the U.S. President to India a year after he declined an invitation to be chief guest at the Republic Day celebrations, and will go ahead at the end of February as long as dates don’t need to be changed to accommodate the impeachment process in the U.S. Senate.

Sources said the decision to visit India, at Prime Minister Narendra Modi’s invitation, was discussed during a telephone call between the leaders on January 7. According to the sources, Mr. Trump is “keen” to visit early in the year, ahead of elections in November, and both sides are working towards a visit in the last week of February. India’s Ambassador to Washington, who is now the Foreign Secretary-designate Harsh Shringla, met Mr. Trump before returning to Delhi, and will begin preparations from the Indian side for the visit.

Among the agreements they hope to wrap up is a trade deal, that has been pending since November 2018, when talks went into a standstill. In June 2019, the U.S. cancelled India’s preferential export ‘GSP’ status, and the government hopes Mr. Trump will announce a revocation of that decision during the visit. India is also expected to announce further investments in the U.S., and a substantial increase in American oil imports.

In particular, a major deal on civil aviation is being discussed, the officials said, adding that other loose ends, like issues with the data localisation bill, e-commerce regulations, granting U.S. airport ground handling access, all of which were part of U.S. demands have already been resolved.

A slew of senior officials, including U.S. Principal Deputy Assistant Secretary of State Alice Wells and Deputy National Security Adviser Matthew Pottinger, are in Delhi to attend the Raisina Dialogue, while others are expected to begin talks on preparations.

Mr. Trump’s visit will be a diplomatic boost for both leaders and will likely coincide with the U.S. Congress’s impeachment process, and the date of the visit, currently scheduled around February 24 may have to be shifted to accommodate the Senate vote on his impeachment motion. This week the U.S. House is expected to vote to send its articles of impeachment against Mr. Trump to the Senate, which will be only the third such impeachment trial for a U.S. President in history.

The visit will also come as Mr. Modi faces some of the largest protests his government has encountered over the Citizenship (Amendment) Act, as well as international criticism over the government’s continuing restrictions in Jammu and Kashmir. U.S. Ambassador Kenneth Juster’s decision to travel to Kashmir as part of a delegation of envoys last week was seen as a move to reach out to the government on the issue, even as a U.S. House resolution criticising India on Kashmir, that has now received 36 co-sponsors, could be taken up in the U.S. House.