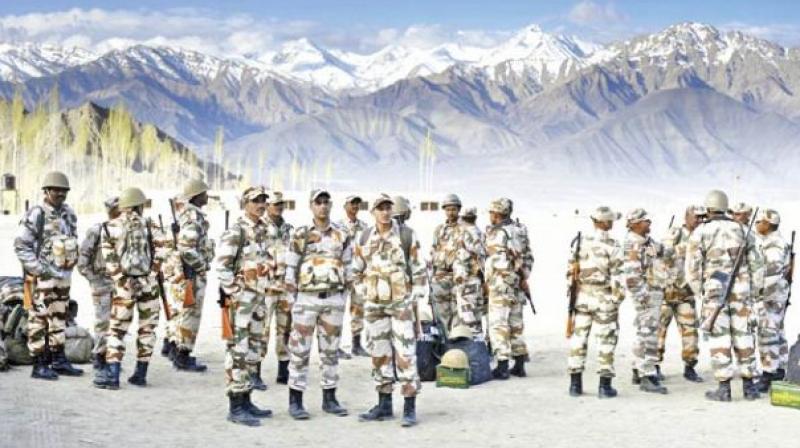 There is finally some good news in Eastern Ladakh with the mutual disengagement of Indian and Chinese soldiers from the areas of Galwan and Hot Springs. The contentious areas of Pangong Tso and Depsang are yet to be addressed, but with the stalemate along the border having been broken, the differences between the two sides can be narrowed.

Irrespective of how the current crisis plays out, it carries one major lesson. Our strategic differences with China will come into sharper focus as China grows more powerful and assertive, and this competition could increasingly play out along the unsettled Line of Actual Control (LAC). The brutality of the clash at Galwan on June 15 has demolished the existing protocols and agreements that guided the conduct of soldiers, and we could see a hotter LAC in the coming years.Dealing with China in the future will require a comprehensive strategy that combines our diplomatic, economic, and military response. We must ensure that our military differential with China does not become so large that coercion along the LAC becomes difficult to resist. The talk about enhancing military capability conjures up visions of a larger defence budget, but capability is also about the institutional mechanisms that are a part of a nation’s security approach. I will suggest two institutional measures that only require a change in mindset to bring in greater cohesion in our strategy.

The first is our policy for the management of the LAC. Currently, responsibility for the India-China border is that of the Indo-Tibetan Border Police (ITBP) under the Ministry of home affairs (MHA). The 2019 Annual Report of the MHA states that “based on the principle of One Border, One Border-Guarding Force”, the China border has been entrusted to the ITBP. Paradoxically, the same paragraph of the report reads, “Indian Army is guarding land borders along the…LAC on China border along with ITBP”.

This is an absurd situation with two separate forces under different ministries manning the same border. The Group of Ministers constituted after the Kargil Review Committee had noted, “At present, there are instances of more than one force working on the same border and questions of conflict in command and control have been raised frequently. Multiplicity of forces on the same border has also led to lack of accountability on the part of the forces. To enforce the accountability, the principle of ‘one border one force’ may be adopted while considering deployment of forces at the border.”

Almost 20 years later, we continue to pay lip service to this principle without implementing it. This bizarre border management process also leads to fragmented capability development at the LAC. In 2018, it was announced that nine ITBP battalions would be raised to “reduce the inter-BOP (border outpost) distance” at the border. This reflects an inadequate understanding of how forces are deployed at the LAC and ignores the need to dovetail the ITBP with the Army’s deployment.

Despite the ITBP being responsible for the LAC, it is the Army that takes a lead role in border management. Army officers lead all border meetings at the LAC with the Chinese military, and all crisis management is handled by the Army, as we are witnessing today. Even as the Corps Commander at Leh plans the various contingencies for handling the stand-off with the Chinese in Eastern Ladakh, the ITBP continues to report to the MHA, a ministry that appears to have no responsibility in the current situation.

This incongruous situation of dual management of the LAC has been regularly flagged in the past but remains ignored. The Group of Ministers’ report had pointed out, “The present tendency on the part of each agency to guard its turf, even at the cost of compromising national security interests, needs to be deprecated and put down sternly.” The time has come to bite the bullet and place the ITBP under the Army’s operational control.

The second measure concerns the current nature of India’s civil-military relations. For many years the political leadership has taken the view that conventional wars are a thing of the past. There was certainly an understanding that India faces internal and external security challenges, but it was felt that these could be politically and diplomatically handled. When necessary, domestic sentiment against terror attacks emanating from Pakistan could be assuaged through limited cross-border military strikes without risking a major conflict.

This political viewpoint resulted in the absence of a regular civil-military dialogue to discuss matters of internal and external security and frame strategic plans. Consequently, the political-military interface has been primarily restricted to personnel matters, budget management, and Defence Acquisition Council meetings, the latter being reported with great fanfare in the media. The setting up of the Defence Planning Committee, headed by the National Security Adviser (NSA), added another layer between the service chiefs and the political leadership.
The politician is the ultimate decision-maker on matters of national security, but he must engage directly with the military leaders to get their inputs in the preparation of coherent strategic assessments. Now that we are faced with the enormous challenge of a powerful and assertive neighbour, it is more necessary than ever that we build in our military response options in crafting a consistent long-term strategy.
We must establish institutional mechanisms for regular information sharing and discussions on national security issues between political and military leaders. Military leaders possess detailed knowledge about force capabilities, military strategies, and routinely wargame operational contingencies along the border. Conveying this information through another conduit robs it of much of the value that comes from face-to-face interaction. The absence of a civil-military dialogue also results in the preparations of military plans that could be inconsistent with the political objectives.

It is often said that every crisis also provides an opportunity. I am certain that the government is reviewing the entire range of India-China relations and the geopolitical challenges posed by the hegemonic ambitions of China. The efficacy of our structures for civil-military strategic coordination and management of the LAC must also form part of this review.