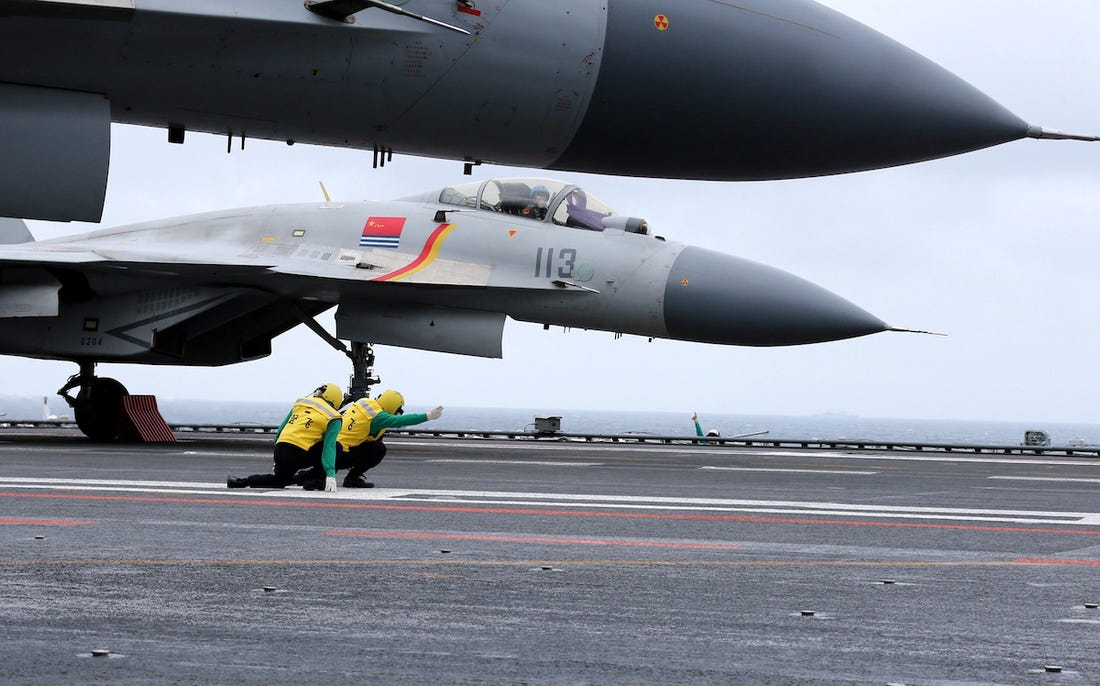 Moscow is laughing at Beijing’s J-15. China may have stolen Russian technology, but they didn’t copy it right. Remember that Russian carrier-based jet that China copied without permission? Those airplanes are crashing, and Russia doesn’t seem too broken up about it.

Though Russia and China are now friends, even holding joint exercises, Russia’s Sputnik News recently trotted out an article titled “Chinese Navy Short on Carrier-Based Fighters, Only Has Problem-Ridden J-15.” The J-15 is an unlicensed copy of Russia’s Su-33 carrier jet, which is a 1980s derivative of the Su-27K land-based fighter. China had acquired a T-10K-3, an Su-33 prototype, from Ukraine and then reverse-engineered it.

With a barely disguised touch of schadenfreude, Sputnik News delved into the woes of the J-15. “Love for the fourth-generation J-15 jet is seldom shown in Chinese circles,” said the Russian news site. “The Asia Times noted that Chinese media has disparaged the plane in numerous ways, including referring to it as a ‘flopping fish’ for its inability to operate effectively from the Chinese carriers, which launch fixed-wing aircraft under their own power from an inclined ramp on the bow of the ship. The J-15’s engines and heavy weight severely limit its ability to operate effectively: at 17.5 tons empty weight, it tops the scales for carrier-based fighters. The US Navy’s F-18 workhorse, by comparison, is only 14.5 tons.”

Many shoppers on eBay and Amazon can attest to what happens when you buy “unlicensed” products, though one can ask how many of these problems began with the original Russian design. In any event, so many J-15s have crashed and burned that China is developing a new carrier jet, the J-31.

After dissecting the J-15’s flaws, Sputnik News then trotted out Russian military expert Vasily Kashin, who proceeded to explain why you shouldn’t copy other nation’s aircraft without permission.

“Years ago the Chinese decided to save some money and, instead of buying several Su-33s from Russia for their subsequent license production in China, they opted for a Su-33 prototype in Ukraine,” Kashin said.

“The development of the J-15 took more time and more money than expected, and the first planes proved less than reliable,” said Kashin. “By spending some more time and money, the Chinese will apparently solve the problems they now have and will get a fairly reliable and powerful carrier-based fighter.”

At this point, it is worth noting that the Soviet Union and post-Soviet Russia also had a habit of “acquiring” Western technology without the consent of the owners, for everything from the atomic bomb, to the Space Shuttle and video games. It’s actually a dubious accomplishment, an admission that a nation lacks the capacity to really innovate its own technology.

Considering that China has the same habit, there is a poetic justice here.