Test Pilots explains why Pilots are not cleared to fly above 1.6Mach on LCA-Tejas 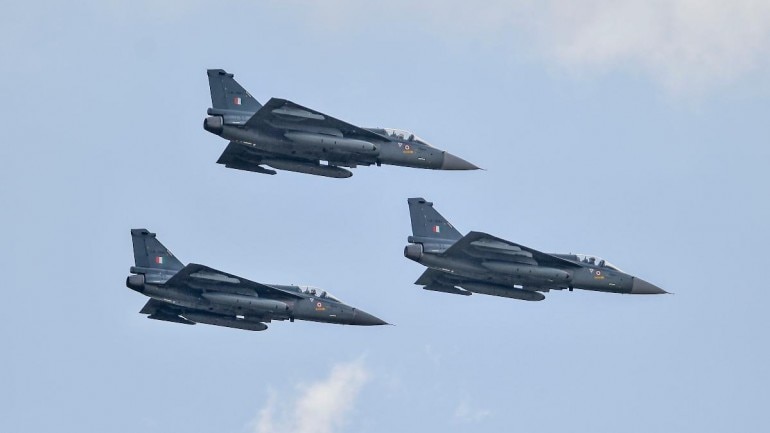 Harsh Varshan Thakur who is Test Pilot with India’s State-owned aerospace and defence company Hindustan Aeronautics Limited (HAL), recently explained on Twitter, why LCA-Tejas which was engineered to fly at 1.8M has been tested till 1.6M and why it will never be cleared to Pilots to fly beyond that. This particular query how SAAB’s Gripen has 2.0M speed while using the same GE’s F-404 engine India’s LCA-Tejas max speed is limited to only 1.8M prompted his response.

Thakur explains that simple pilot type intake design used on LCA-Tejas is what prevents LCA-Tejas to have engineered speed of 2.0M while to achieve this speeds, LCA air intakes could have to re-done and also employ intakes cones as seen in Mirage-2000 and Mig-21 which moves move in or out of the intakes to maintain the shockwave in its the proper position, ahead of the first stage of the engine and need to be adjusted by the pilot.

lack of intakes cones in LCA-Tejas means a hassle-free operation for the Pilot but this new phenomenon is not limited to LCA-Tejas alone but many are countries are now limiting Mach speed on many modern fighter jets after intense study and data collected over the years of the max speed at different attitudes as pointed by Thakur, who gives an example how below 22000 feet altitude Mach speed over 1.6 is not possible and a plane flying at Mach 1.8 has the advantage of only 60knot when it is above 28000 feet altitude.

In the cold war era, Mach speed mattered the most only in getaway drive and little actually in the combat, also in the cold war era, jets were not made to last 6000 hours of airframe life nor were to be operational for 40 years. lower production cost in the 60-70s meant those jets with higher max speeds could barely last beyond 20 years before airframe stress and hairline fractures on the fuselage could have grounded them for good but when jets became more expensive due to avionics and improved technology, many countries start studies effect of high-speed stress on the airframe and it was concluded that unnecessary high speed which has little advantages in combat scenarios should be avoided to prolong the airframe life of the jets.

The LCA-Tejas airframe has been engineered to achieve 1.8Mach speed and it was supposed to be tested till that speed to achieve its specification mark but that could not be done due to fear of possible FBW failure and loss of control due to excessive vibrations at that speed and max speed achieved was 1.6Mach, which now has become the gold standard of max speed in new jets to maintain a long life of the airframe and to also avoid critical premature airframe failures.

India’s next two fighter jet programs like Medium Weight Fighter and AMCA will also have Max speed of 1.8Mach, but this time engineers and its developers plan to test to its limit but Pilots will always be told to keep it below 1.6Mach.