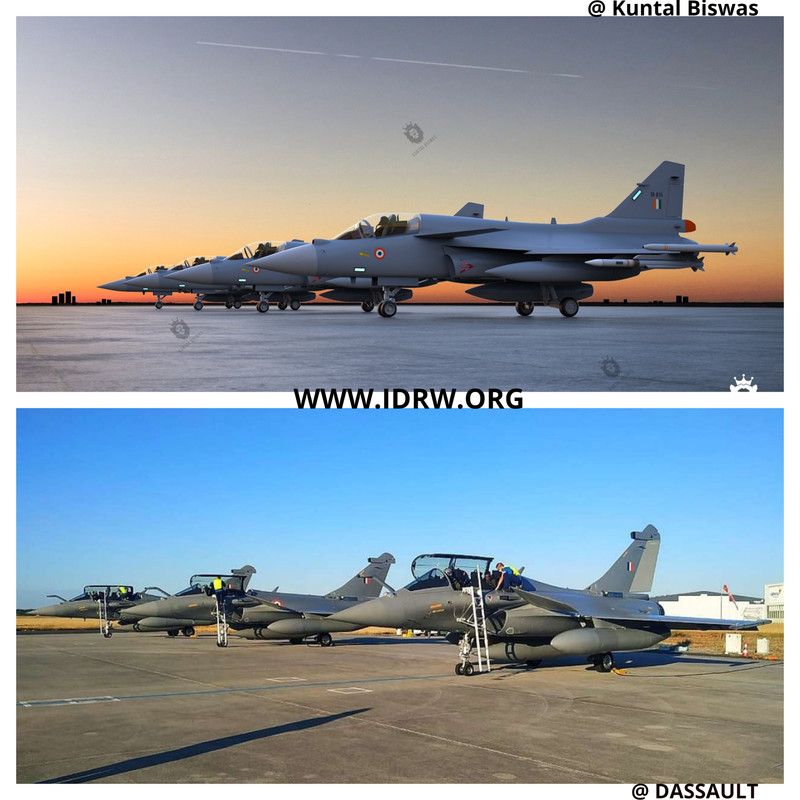 Air Marshal Raghunath Nambiar, former Chief of the Western Air Command who lead the Rafale negotiation team speaking to NDTV said that he believes that 10 years down the line, IAF will have multiple squadrons of upgraded Tejas Mk2 which he believes will beat the Rafale. Nambiar also said that IAF might procure at least 12 squadrons of Tejas Mk2 in the future and is the choice of the Indian Air Force (IAF).

” Question: Sir, are u sure Tejas MK2 will beat Rafale which is 2 engine aircraft with semi-stealth capability + 5th gen avionics + SPECTRA EW ?? My Answer: The Rafale first flew in 1986, and the Tejas Mk 2 will probably fly in 2026, Forty years later… I’m certain we can! “

@akashgupta646:
Sir but the SPECTRA and 5th Gen technologies were not there in 1986 right? These F3R standard avionics and jamming capabilities are new.

What is flying today is over three years old technology, what will fly 6 years from now will incorporate technologies which are on the design board right now….

Nambiar has been closely associated with the LCA-Tejas program for seven years and was chase pilot of the TD-1 which first took off for the first time in 2001. Nambiar also said that the upcoming Tejas Mk1A will be a big leap in the technology for our aircraft. Tejas MK2 has been bench marked by ADA and IAF to be superior to the upgraded Mirage-2000-5 when it is ready for its first flight in 2023 and enters production in 2029 but Nambiar statement that it can beat Dassault Rafale eventually could be due to technology it will gain from the development of AMCA when both go to production around the same time said Defense analysts Ranesh Rajan to idrw.org.