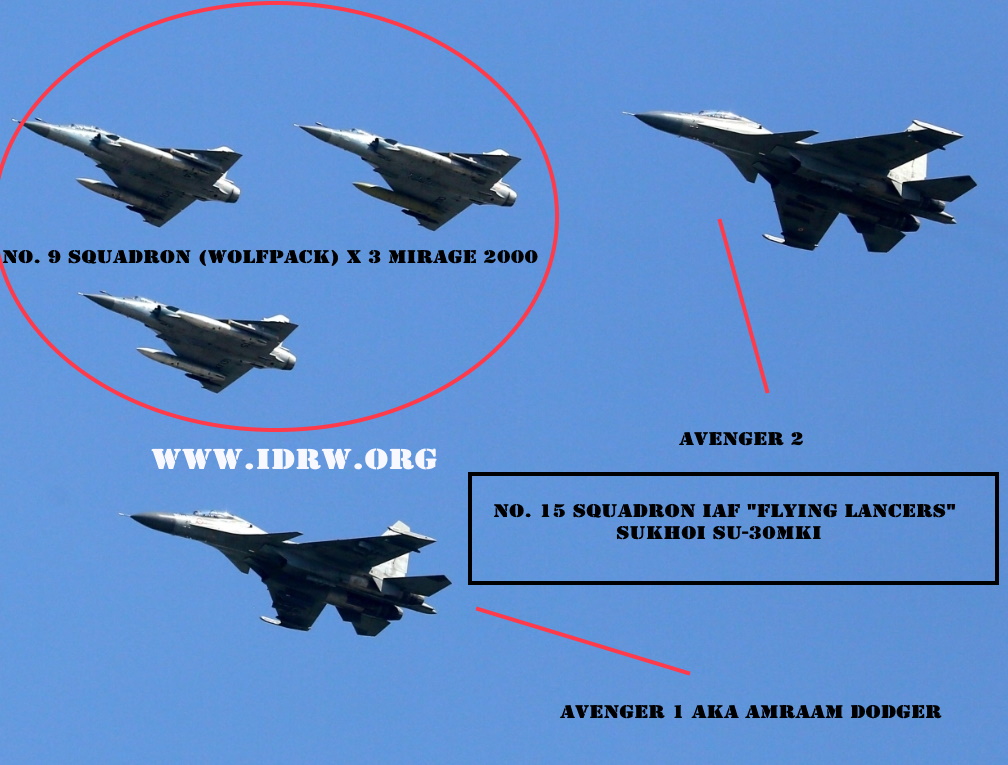 On its 87th Anniversary of the Indian Air Force Day flypast, IAF showcased Three Mirage-2000 flying in a formation belonging to the No. 9 Squadron (Wolfpack) which participated in Balakot airstrike along with 2 Su-30MKI fighter aircraft belong to the No. 15 Squadron with call sign” Avenger 1 ” and ” Avenger 2 ” which are same two Su-30s which were performing combat air patrol (CAP) missions when 24 aircraft fleet of Pakistani air force tried to enter Indian side of the Kashmir to attack Indian military installations.

The Pakistani air force had claimed that it brought an IAF Su-30 “Avenger 1” Inside Indian side of the Kashmir which was strongly refuted multiple times by IAF but it continued with its lies and went head and awarded Squadron leader Hasan Mahmood Siddiqui of PAF F-16 Squadron with Tamgha-i-Jurat which is fourth highest military award of Pakistan for a Su-30 kill he had claimed.

Avenger 1 Pilots survived 5 American AIM-120 C5 AMRAAM beyond-visual-range air-to-air missile (BVRAAM) fired at DMAX-1, the dynamic attack zone where the missile is unleashed at the limits of its range. By showing the same 2 Su-30MKI fighter aircraft will call sign Avenger 1 and Avenger 2, IAF has again strongly rebutted PAF’s false claim of Su-30MKI kill for which no evidence was ever presented by PAF, while IAF showcased self-destructed AIM-120 C5 AMRAAM after it failed to hit its target when it was fired at DMAX-1.