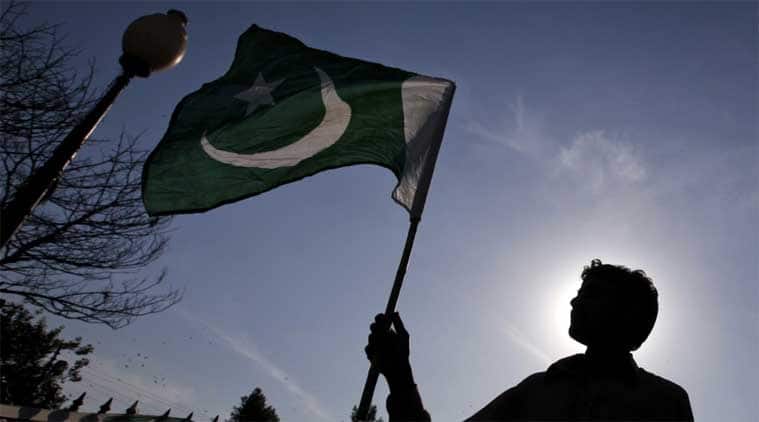 Shuja Nawaz, currently a distinguished fellow, South Asia Centre, at the well-known bipartisan think-tank, the Atlantic Council, Washington DC, has published a rather revealing book, The Battle for Pakistan: The Bitter US Friendship and a Tough Neighbourhood. His 2008 warts-and-all book, Crossed Swords: Pakistan, Its Army, and Wars Within, was a bestseller, but had not ruffled feathers the way his latest book has.

Strangely, he has not been able to launch his book in Pakistan this time, but his authority on the subject remains tacitly acknowledged. Maybe it is the timing that is to blame: A judge of the Supreme Court is also facing ouster by the Supreme Judicial Council for being too “critical” in his remarks over a case involving the army and an extremist religious outfit called Tehreek-e-Labbaik Pakistan.

As in his earlier book, he is objectively critical of the Pakistani military that is “around 500,000 strong, and fairly immobile; rather than seeking radical transformation, it has added layers of modernity over crusted layers of outmoded structures and thinking”. One theme that he has touched on, is the spread of radical Islam in the army which brought the affected officers closer to the enemy Al Qaeda and its affiliates. Many officers were caught after recruitment into two London-based terrorist organisations, Al Muhajiroun and Hizbut Tahrir.

The kind of warriors who infiltrated into Kashmir could not be friendly towards the Shia there — after Pakistan’s experience with Gilgit-Baltistan, from where infiltration was made into Kargil. Nawaz writes: “Via the ISI, [Pak Army] also became a party to the struggle inside Kashmir, helping train and equip Islamist fighters and militants who infiltrated and injected themselves into the battle between Kashmiris and the huge Indian military and paramilitary force that was sent to quell the insurgency in Kashmir. This approach was predicated on the idea that India could be made to pay for its hostility towards Pakistan with a war of a thousand cuts, by forcing India to deploy large numbers of troops against a small but elusive enemy in Kashmir.”

Pakistan had its own radical “hindutva” in the army when “liberal” General Musharraf was nearly killed in attempts made on his life from inside the army: “Group-think took root and prevented the kind of massive transformation of military thought and operation that was needed to cope with the new warfare, inside Pakistani territory, against its own people, against fellow Muslims who said they were fighting in the name of Islam. Potentially adding to the difficulty was the infusion into the military of deeply conservative Islamic thinking and the formation of Pir Bhai networks of spiritual bands that included civilians and military men and threatened the discipline and rank order of the military. This began in the Zia-ul-Haq period, but appears to be extant to some extent even today, according to those who follow these networks.”

Then there was the phenomenon of the Tablighi Jamaat, “a proselytising group that had already penetrated the upper echelons of the military. Two DCs of the ISI and some corps commanders had been members of this group and, like their colleagues, they favoured others from their own group. Members of the group were duty-bound to take leave of absence to do missionary work each year at home or abroad. These issues bedeviled the military’s operations and processes.”

Pakistan has rolled back Jinnah and his vision of “unity-faith-discipline”. The rollback has happened in Urdu where the first word “unity” has been pushed back to give “faith” the first place. The word faith in Jinnah’s days meant “commitment” (yaqin-e-muhkam); today, it means “iman” or Islam. Of course, India has to roll back an entire Constitution to repeat the experience of Pakistan; but the Pakistan Army could hardly resist.

The book sums up prescriptively the brainwash affecting the civil-military relationship too: “More needs to be done to turn back the forces of religious obscurantism and ritualism that have crept into Pakistani society and even the military. A battle of tweets or statements from media spokesmen for either side does not reflect well on either. The enhanced ability of the army to shape public opinion directly through liberal use of funding for contractual services by media firms and indirectly by exercising censorship directly or by using the Pakistan Electronic Media Regulatory Authority (PEMRA) to exert pressure on recalcitrant media has led to charges of self-censorship by media from the Musharraf period onwards.”

The final and “scary” warning: “Trend that needs to be monitored carefully is the movement of purged or superceded intelligence officers towards militant Islamist organisations, whom they previously had been tracking or managing. Placing these joint services bodies under civilian scrutiny via parliament and adding transparency in the handling of their affairs would make their work more credible. The military needs public support to be effective. It also needs public scrutiny to become more efficient, especially as it fights the Long War against militancy and terrorism at home and faces expanding threats on its international borders.”