Should India consider taking out Terror Camps in Afghanistan? 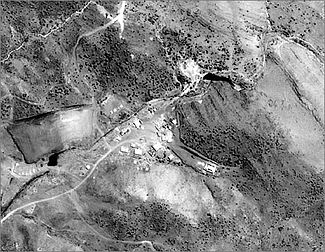 Pakistan has won Afghanistan for Taliban and its time to return the favor it owes to the Pakistani military which not only safeguarded them in Peshawar all this year but also ensured that senior-most rank of Afghan Taliban survived long enough to take over the country again to gain back strategy backyard for the Pakistani military which for long has used Taliban controlled Afghan areas as training grounds for its Proxy war in Kashmir region against India.

Recent raids by Afghan forces in Taliban dominated areas and surprising catch of Kashmir bound Terror recruits have come has a nightmare of the Indian Intelligence community. Pakistan which is desperate to rake up Kashmir issue has activated terror camps even when American forces are yet to completely move out from the region and Taliban yet to get complete control over Kabul.

Training Camps in Taliban dominated areas in Afghanistan use to be pretty active before the US military invasion of Afghanistan. Retired Pakistani military officials who could be in charge of terror training camps were training from 50 to 1500 terror trainees at the time at multiple camps located close to Pakistan border for an easy moment before they had to be dismantled.

Running Terror camps inside Pakistan and in areas of Pakistan occupied Kashmir is becoming difficult in recent times and moving them deeper inside Pakistan is also risky for the Pakistani military which is under watchful eyes of the Western Intelligence agencies, getting back Taliban controlled areas to be used for Terror training activities always has been an utmost priority for the Pakistani military and in past, this camps operated without any fear and were most visible not only from skies but also on the ground.

Indian Intelligence community due to its strong network inside Afghanistan always knew where these camps were located and how many and who was in charge of the camps but little or no action could be taken against them in the past. The Pakistani military will crop up new terror camps in Afghanistan to train their Jihadis for Kashmir like how hashish grows in Afghanistan in no time.

India has been invited to keep foot soldiers at Afghanistan to assist Afghan forces to take down such terror camps but India has refused to send them in due to fear of retaliation from the Taliban. Recent attacks on Sikh Temple in Kabul which was diverted after strong security in Indian consulate shows that the Pakistani military wants India to be out of Afghanistan at any cost and is willing to go to any length to achieve its target.

Pakistani military wants India out of Afghanistan so that its terror camps and activities in the county go unchecked like in its past glory days where Pakistani military used banned contraband trade and sale of illegal weapons and ammunition to fund its Kashmir war with India.

It will be suicidal for India to sit and back and fight Pakistan sponsored war in Kashmir which can take a heavy toll at the security forces which operate in the valley, it needs to be proactive now and should devise methods and ways how it can take out such terror camps. Cruise Missile strikes or long-ranged airstrikes or operating armed drones from friendlies in the region should be considered to safeguard India’s interest.