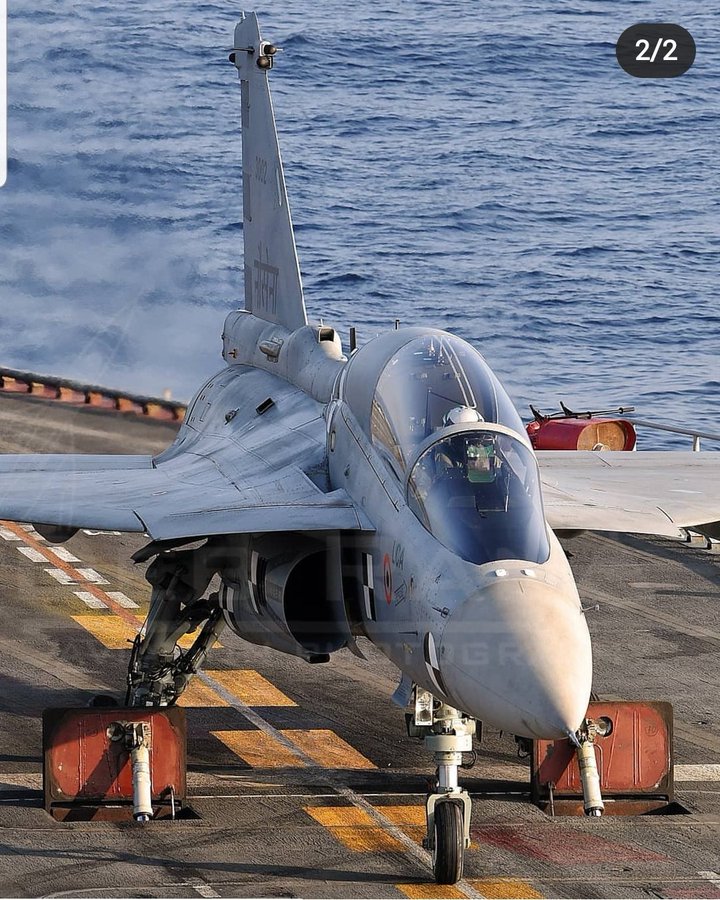 NP1 piloted by Capt Shivnath Dahiya after arrested landing did Hot refueling (refueling of the aircraft with the engine in operation) and took off only to land again within few minutes and again did a Hot refueling only to take off for the second time in the day only this time flying back to the INS Hansa Naval base in Goa.

The LCA Navy is expected to carry out 20 landings and takeoffs over the next eight to 10 days. It uses the ski jump to take off and is recovered by arrestor wires on the carrier or STOBAR (short takeoff but arrested recovery) in navy parlance.