Rafale Syndrome: Why IAF needs to focus on Weapons not Platforms 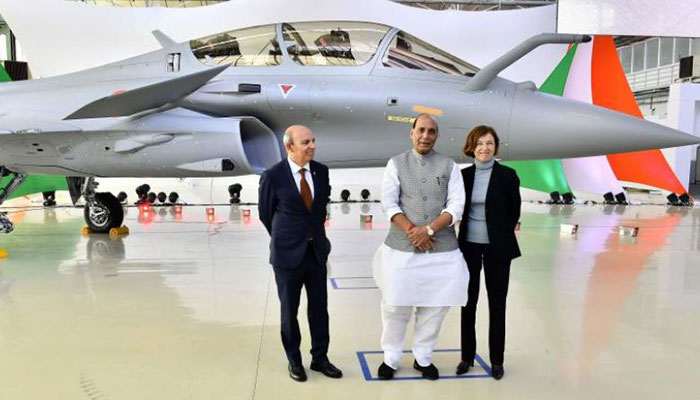 If we had Rafales, we’d have shot down 4-5 Pakistani jets after Balakot said IAF ex-chief Dhanoa but the exact same was said for Sukhoi-Su-30MKI jet since its induction in early 2001 to many Indians that it is the best fighter jet in the whole of Asia and technical performance in par to the best what World can offer and can dominate skies of Asia. India’s defense ministry even has listed several reasons for the higher costs of the Su-30 fighter jets supplied to the Indian Air Force (IAF) from the local production line, in comparison to those supplied directly by the original Russian manufacturer.

While we were paying more for a local product without actually investing in the right kind of weapons for the aircraft in question to make it always lethal in the sky. The inability of the Two Su-30s to drown PAF F-16s and not even firing a single shot only confirms that platform alone can’t win your battles unless you invest in the right weapons for the platform too.

Today Rafale is what IAF desires since it comes with a silver bullet called Meteor BVRAAM, while IAF can dominate the skies but will Meteor BVRAAM always remain superior 10-20 years down the line? unless IAF keeps investing in the right weapons for Rafale down the line too, or 5th generation Chinese planes with ultra-long BVRAAMs will put Rafale in the same position as Two Su-30s were against PAF F-16s.

IAF had every opportunity to arm their Su-30 fighter fleet with superior BVRAAM and WVR missile of the west or even from Russia but it stuck to the famed R-77 BVRAAM even though they have been multiple CAG reports highlighting poor performance of the missile system. IAF continued to focus on acquiring multiple billion dollars 36 Dassault Rafale then arming the existing fighter fleet with superior weapons to maintain the edge in the skies.

Same is IAF’s Story with the AWACS Fleet which is bigger on the other side than that of India due to the IAF chasing Platform then the capabilities. ‘NETRA’ Airborne Early Warning and Control System (AEW&CS) induction were curtailed at 2 so that imports of the IL-76 Based AEW&CS could be allowed and now focus remains on Airbus A330 based AWACS instead of inducting moreNETRA AEW&CS which might take a decade to come.

Article by DEEPAK HILORI ,  cannot be republished Partially or Full without consent from Writer or idrw.org