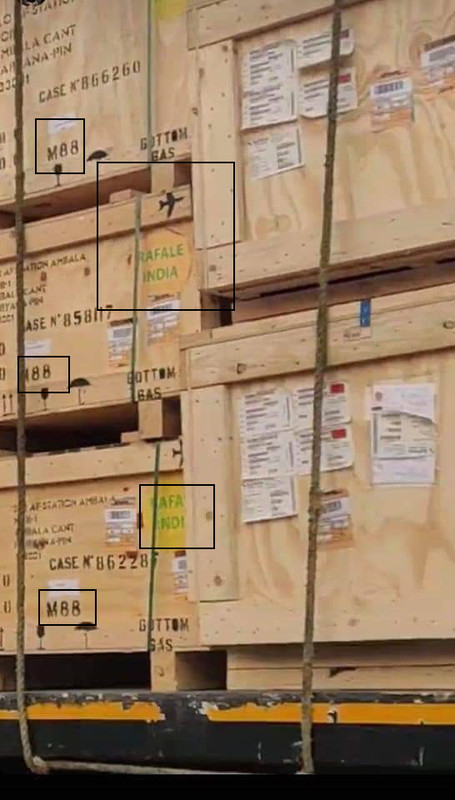 India is likely to receive by July 27, the first batch of Five Rafale fighter jets which are expected to significantly boost the combat capabilities of IAF and to touch down at the Ambala airbase, as excitement is building up of the first new type of foreign fighter jet induction since 2001, a Twitter user posted pictures of consignments in New Delhi which were delivered via Air Cargo from France moving towards Haryana where Ambala air base is located.

Pictures shows, M-88 which is the engine that powers the Dassault Rafale and Rafale India mentioned on the consignment boxes along with the address of the Ambala air base where it was heading towards.

The truck itself belongs to the Indian Air Force (IAF) as seen in the above images as per the latest reports France has agreed to transfer one additional Dassault Rafale over four which were promised while India had requested for Six. Meteor BVRAAMs have already arrived in India and some of the inventory has been moved from French Air Force at India’s requests too.

At least 2 Dozen Indian Pilots and 100 Ground crew have been trained already by Dassault Aviation with help from French Air Force to operate 36 Dassault Rafale fighter jets. IAF will be getting Twin Seater Rafale first so that IAF instructors can train more Pilots for Rafale operations for Single seat Rafale which will start arriving from next year.