Prahaar Tactical missile makes a comeback after 7 years but this time, it’s here to stay 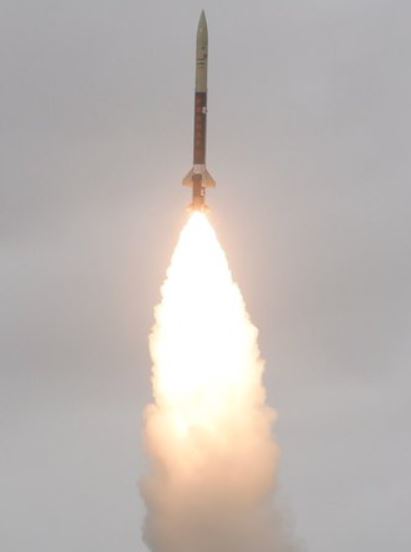 DRDO recently tested fired Surface to Surface Prahaar Tactical missiles after a gap of Seven years, but this time, it is here to stay and will be used to strengthen firepower of Indian army’s strike corps and will also provide more accurate firepower then Pinaka and Smerch rocket systems.

Prahaar missile initially was developed by DRDO’s has an internal program which was meant to replace the 150 km short-range variant of Prithvi Surface to Surface missiles in conventional warfare role but the idea was rejected by Indian Army and after its first test flight in 2011 the program went into cold storage only to be revived 2018.

Indian Army in its efforts to enhance its firepower against Chinese and Pakistani force in a conventional two-front war in near future has decided to induct Prahaar (150 km ) and Pralay (350-500km) short-range tactical missiles which will address the shortfall of firepower which the multi-barrel rockets like Pinaka and Smerch can’t provide due to their limited range.

Prahaar and Pralay are tactical missile system designed to be used in theater level conflicts against command posts and communications nodes and troops in concentration areas with a much higher level of accuracy to degrade the enemy’s capability to wage or sustain a war for long.

Prahaar’s design has been derived from India’s Advanced Air Defence (AAD) anti-ballistic missile but instead of destroying incoming missiles it will feature capabilities to perform evasive maneuvers in order to penetrate aerial defense systems to hit its targets.

Pralay’s design has been derived from Prithvi Surface to Surface missiles is a serious offensive weapon capable of carrying a 500 kgs conventional payload which, when used in theater level conflicts against a small area of the battlefield can flip the moment against the invading forces and is more china specific in nature then Prahaar.

India’s Short ranged Prithvi Surface to Surface missiles will be retired and replaced by Agni-1P which will have a limited range of 350-700 km but will be Nuclear capable. Prahaar and Pralay both will remain Mobile Canister based tactical conventional missile system which will boost the offensive firepower of the Indian Army at theater levels of conflicts in a possible two-front war scenario.