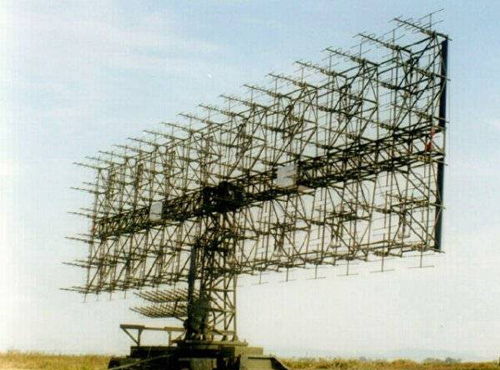 Fresh satellite photos have emerged showing Pakistan has deployed Chinese made JY-27 ‘Wide Mat’ long-range early warning radar which China claims to have stealth aircraft detecting capabilities up to 500 km and once even tracked framed American F-22 Stealth fighter while on its ferry flight to South Korea to attend a military airshow.

JY-27 radar deployment in Pakistani side of Punjab at M.M. Alam Air Base which is approx 550 km away from India’s key Ambala air force station where a squadron of Dassault Rafale fighter jets will be based suggests that its deployment is purely an air defense coverage of its own air space since radar is over 300km deep inside Pakistani territory and only in full scan power mode will it breach 200 furthermore inside Indian air space.

JY-27 radar earlier this year was deployed at the Damascus airport in Syria by Syrian air defense troops to stop the frequency of Israeli air attacks in the country. JY-27 radar site was attacked by IAF F-35s in the next few weeks but the Syrian air defense claimed only JY-27’s antenna was damaged in the airstrike and it was quickly replaced since its transmitter was found intact.

Chinese media reported that Israel targeted the radar system repeatedly for its “good anti-stealth capability”, including its alleged ability to detect IAF F-35s but they were no confirmation from the Syrian air defense which indicated that it was able to detect Israeli F-35s. To secure the JY-27 radar site, Syrian air defense has deployed S-300 missile systems in the area, combining these with Syria’s existing stock of SA-11 and Pantsir-S1 air defenses.

Rafale fighter jet which is categorized as a 4.5 generation aircraft for its radar-evading stealth profile, will be a game-changer for the Indian Air Force (IAF), while most of the stealth design features are classified but in Syria, Rafale fighter jet was hard to detect due to use of its Spectra electronic warfare system that supposedly can reduce the Rafale’s cross-section several times over. RCS of Rafale fighter jet is around RCS of 1m2, about the same as the Chinese J-20 which Air Chief Marshal Birender Singh Dhanoa had said were able to be detected by N011M passive electronically scanned array radar on the Su-30MKI while it was on Tibetan airbase for trials.

Indian developed Anuradha, a rotating phased array 4D radar capable of automatic detection and tracking of aerial targets ranging from fighter aircraft to slow-moving targets. The system has an instrumented range of 400 Km and can detect 2sqm RCS targets as far as 300 Km in range with the altitude coverage from 100 meters to 30 Kms. Anuradha has been classified in IAF as Medium Power Radar and has been fine-tuned to detect aircraft with low RCS even though DRDO has never claimed it to detect stealth aircraft with lower then 1sqm RCS targets at long range but being locally developed radar many tweaks and scan range has been added to it for better detection of low RCS aircraft.

Even if Pakistan acquires Chinese J-20 or develops a stealth version of the JF-17 under its project Azm it still not be able to have RCS lower then 1sqm as seen in the F-35. IAF has not planned to induct any stealth aircraft till 2029 when AMCA Mk1 is ready for induction.