Aeronautical Development Agency (ADA) and Indian Navy have agreed to disagree that the whole rational idea of building a Carrier based Naval next-generation stealth fighter, Advanced Medium Combat Aircraft (AMCA) first before Airforce variant has been rejected and ADA will continue to build Airforce variant first as per latest media reports. 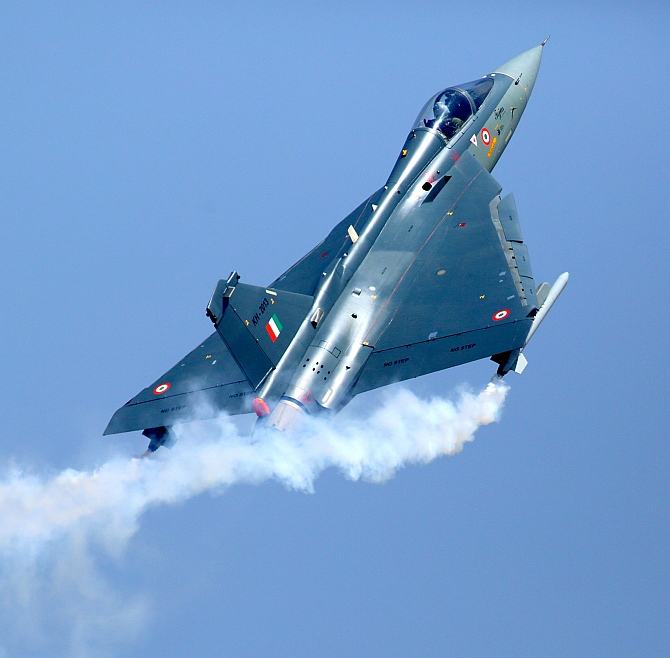 LCA-Tejas Programme is just two flights away from accomplishing 4000 Accident-free test flights in its 17 years long developmental and testing program accomplished with 16 Technology Demonstrator, Prototypes and Limited Series Production aircraft which have been associated with the program from 2001 when first LCA TD-1 made its first flight.

16 Aircraft have helped LCA-Tejas Programme inch closer to the Final Operational Clearance (FOC) which will happen by end of July this year as per media reports. It is also quite an achievement that program never suffered any major accident or any crash. END_OF_DOCUMENT_TOKEN_TO_BE_REPLACED According to studies conducted by different police counties in the United States of America since their introduction to police forces in 1970s, women police personnel are very effective due to lesser reliance on authoritarianism, minimal usage of brawns and better communication with the general populace.

On Saturday night, Indian Army’s indigenous Rudra Attack helicopter had a hard landing close to Army helicopter base near Nag Talab, located on Nagaur road due to brownout phenomenon. The helicopter has not suffered much damage in the accident and It is believed that during the course of training at night in dusty conditions suffered in-flight visibility restriction due to dust in the air.

Brownout phenomenon is a situation in which pilot cannot see nearby objects which provide the outside visual references necessary to control the aircraft near the ground. This can cause spatial disorientation and loss of situational awareness leading to an accident. END_OF_DOCUMENT_TOKEN_TO_BE_REPLACED IAF’s Sukhoi and Jaguar fighter aircraft, equipped with the potent Brahmos and Harpoon anti-ship missiles, showcased their strategic depth and capabilities to carry out any sort of operations over an entire extended area of the Indian Ocean region recently in Gagan Shakti 2018.

Chinese Navy which has been trying to expand its influence in critical sea lanes around India might have watched India’s seaboard aerial drills were careful because it has a subtle message to the Chinese that any “misadventure” by any adversary will be dealt with strong force and India will continue to keep its Air dominance over the entire extended area of the Indian Ocean region. END_OF_DOCUMENT_TOKEN_TO_BE_REPLACED

After Data Breach and also do to the advancement of technology, Indian Navy had proposed 14 changes in their Scorpene submarines which were approved by the Naval Group after consultation with their Engineering team and 14 Changes will be carried out on all existing Six Scorpene order under Project-75 tender in near future but also will be incorporated into Three additional Scorpene submarines if ordered by India . END_OF_DOCUMENT_TOKEN_TO_BE_REPLACED

Unmanned Tejas cleared !! But what are its Utility?

Dr. Girish Shantaram Deodhare who is Director of Aeronautical Development Agency (ADA) has confirmed to Indian media that after Final Operational Clearance (FOC) is granted to Tejas Mark-1 by this July, ADA has been cleared by Government of India (GOI) to commence work on the development of Unmanned Tejas.

Unmanned Tejas according to ADA Chief, will be developed to further explore the futuristic role for the LCA-Tejas and according to experts in the field also will help fast-track development of India’s Indigenous Stealth Ghatak Autonomous unmanned combat air vehicle (UCAV) program. END_OF_DOCUMENT_TOKEN_TO_BE_REPLACED

GTRE had designed and realised a mobile test bed and fuel supply system simulating unmanned vehicle confguration exclusively for adapting to High Altitude trials. Suitable Operator Console in a climate controlled cabin for safe operation of control desk,data acquisition systems and vibration monitoring panels were also positioned to ensure that tests are carried out without compromising safety and other design criteria. END_OF_DOCUMENT_TOKEN_TO_BE_REPLACED

When India confirmed to Russia that it is no longer Interested in pursuing joint development of 5th generation fighter jet program based on its Su-57 fighter. Back Home Air Chief B.S.Dhanoa had some pretty serious explaining to do to the media on why Indian Air Force decided and even recommended Ministry of Defence (MOD) to pull out from such a prestigious program.

In one to one Interaction with media, Dhanoa, when asked how IAF plans to counter Chinese developed 5th generation fighter which recently has been deployed in airbases in Tibet towards India, gave a sharp and prompt reply saying ” Radars of our Su’s (Sukhoi-30MKI) can detect them ” and ended this discussion and in subsequent questions dismissed rumours of India showing any interests in procurement of American 5th generation F-35 fighter jets . END_OF_DOCUMENT_TOKEN_TO_BE_REPLACED

UK Government offers Line of Credit for 20 Hawks to India 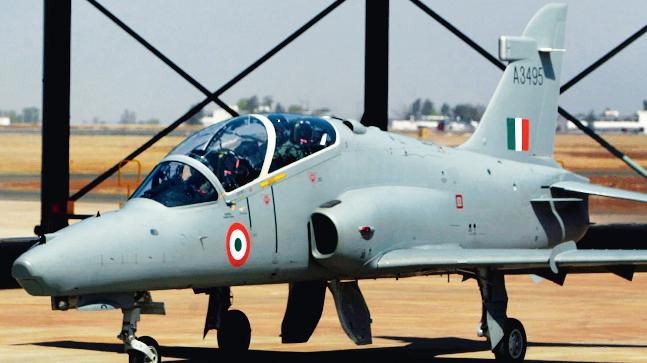 After India was seen dragging its feet over the purchase of 20 BAE Hawk trainers for IAF due to an inflated price of the jets. BAE Systems and UK Government have offered India a line of funding to land estimated Rs 2500 crores worth contract.

According to information provided to idrw.org, UK Export Finance provides loan up to £3 Billion to any overseas buyers to procure defense equipment from UK based Defense firms. UK Government and BAE Systems want India to take the offer to fund the purchase of 20 Hawks. END_OF_DOCUMENT_TOKEN_TO_BE_REPLACED Ministry of Civil Aviation is in process of placing an order for 10 HAL built 19-seater Dornier 228 Civil Variant to be used for civilian flights. Directorate General of Civil Aviation (DGCA) already has given a certificate of airworthiness to HAL’s Dornier 228 and second Civil variant also took to air in February to further fast-track the process.

France has confirmed that deliveries of Dassault Rafale jets to Indian Air Force which will begin from September 2019 are progressing as per schedule and under the supervision of high-ranking French military experts at the Mont-de-Marsan air base in southwestern France. Indian Maintenance Crew and Pilots have started receiving training in an affiliated training center to maintain and fly Rafale Fighter jets.

Maintenance Crew and Pilots will move to France in batches to impart their training as per contractual obligations. India plans to train major chunk of its Rafale Pilots locally and has sent Senior Experienced pilots who will, later on, fly and also teach future pilots. END_OF_DOCUMENT_TOKEN_TO_BE_REPLACED In first of the Joint Missions flown by LCA-Tejas and Sukhoi-30MKI, Pilots of both aircraft not only got the feel of each others aircraft capabilities but were also perfecting their tactics and ideas to create a hunting pack between an Air Defence Point Interceptor fighter and Air Superiority fighter aircraft to further improve coordination between two jets. END_OF_DOCUMENT_TOKEN_TO_BE_REPLACED

HAL has confirmed that it will continue to concentrate on the development of Balance Single seater variant of the locally developed LCA-Tejas fighter aircraft and will skip production of the LCA-Tejas Trainer aircraft for time being to avoid considerable delays expected in their production due to lack of final production designs not been frozen yet.

HTFE-25 Engine to be adapted to power HTT-40 BTA: Report

According to industry sources close to idrw.org, AERDC (Aero Engine Research and Design Centre ) a division of Hindustan Aeronautics Limited carried out test runs on its HTFE-25 (Core-2) engine on 10th January earlier this year.

The core-2 engine has an improved HP compressor and a twin spool configuration which can be adapted to power HAL’s HTT-40 Turboprop Basic Trainer Aircraft power requirements. END_OF_DOCUMENT_TOKEN_TO_BE_REPLACED