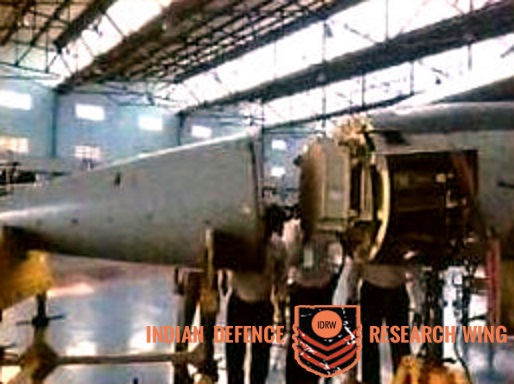 HAL has decided to stick with imported Israeli EL/M-2052 Active Electronically Scanning Array (AESA) Radar over Indigenous Active Electronically Scanned Array Radar (AESAR) AESA Radar developed by LRDE to be used on 83 LCA-Tejas Mk 1A even though DRDO is trying to fast-track development of AESAR with the active partition of Private sector companies.

As per information coming from reliable sources close to idrw.org, HAL is set to announce a winner to the global tender which was floated by the company under which three vendors had responded with their AESA Radar technology, the contract is likely to go with ELTA which makes EL/M-2052 AESA Radar with local assembly clause in the contract along with some level of transfer of technology. END_OF_DOCUMENT_TOKEN_TO_BE_REPLACED US Military is in process of initiating a futuristic new helicopter program which will go on to replace OH-58 Kiowa Warrior, UH-60 Black Hawks, and AH-64 Apaches medium-lift category armed and reconnaissance helicopters from its current fleet. Under a Program called Future Vertical Lift aircraft, US Military plans to develop a family of helicopters which will go on to serve their forces from 2030 onwards and Washington is keen to have New Delhi onboard its futuristic helicopter Program.

According to reliable industry sources close to idrw.org the first offer came from Obama administration about India being part of the futuristic helicopter Program and even now the current dispensation and Pentagon is still very much wants India to be part of this program considering India in future will have a massive requirement to replace its aging medium-lift category helicopters of its forces. END_OF_DOCUMENT_TOKEN_TO_BE_REPLACED

Is France behind Denial of Meteor missiles for IAF’s Su-30s and Tejas MK-1A?

MBDA which makes Meteor beyond visual range missiles is yet to comment on the report but Defence Analysts think they might have been some political interference in the possible sale of the missile system to India and likely culprit could be France which is one of the closest strategic defense partners of India. END_OF_DOCUMENT_TOKEN_TO_BE_REPLACED 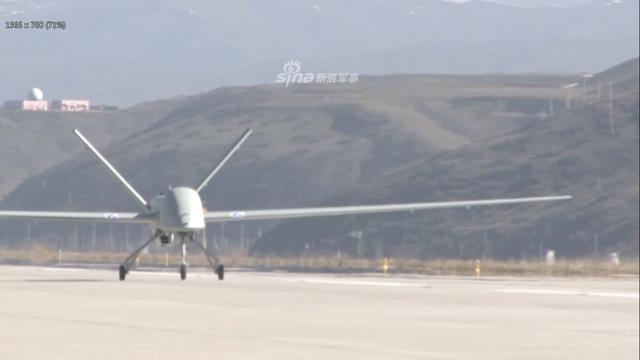 Cai Hong 4 also known as CH-4 is a medium-altitude long-endurance (MALE)-class, strike-capable reconnaissance platform that has been developed by the China Academy of Aerospace Aerodynamics (CAAA) and as per latest images leaked on the Internet was reportedly tested from its Airbases in Tibetan plateau close to Indian border with new sensors and payload to detect targets hidden in the mountain terrain .

As per pictures leaked online, CH-4 was transported to the forward air base in the Tibetan plateau and later reassembled by a team of Chinese defense firm officials CASC which manufactures them test its Optoelectronics in night mode in the mountain terrain. END_OF_DOCUMENT_TOKEN_TO_BE_REPLACED

Is it the right time for Pokhran-III ? 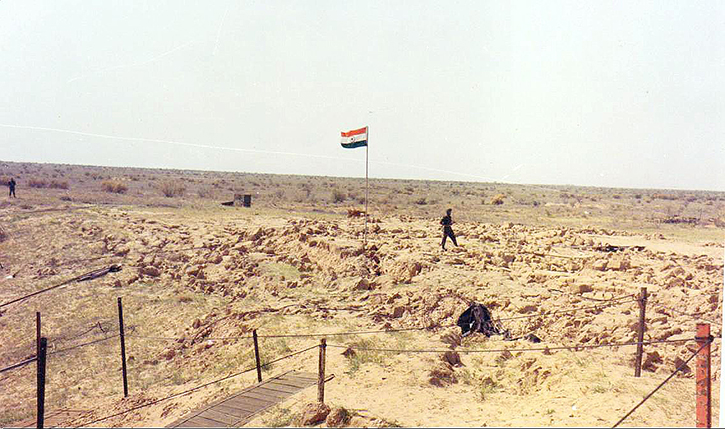 India recently marked the 20th Anniversary of Pokhran-II, where it carried out series of five nuclear bomb test explosions at the Indian Army’s Pokhran Test Range in May 1998 which saw series of articles coming from various media channels in India taking opinions of various think tanks in India for way forward and what next India needs to do to further strengthen its Nuclear weapons to meet challenges of present and future security scenario .

Outgoing DRDO Chief S Christopher in an interview to a private news channel confirmed that if asked DRDO can assist Bhabha Atomic Research Centre (BARC) again to help carry out another series of Nuclear tests in less than 40 days on orders from the government of India. END_OF_DOCUMENT_TOKEN_TO_BE_REPLACED

Agni-V: DRDO set to crank up Production volumes after the successful test After two successful tests in 2018 and Six in last Six Years, Agni-V just needs one more pre-induction test before it’s cleared to go in the mass production said DRDO officials after India successful conducted test of its longest ranged Agni-V missile in its final production configuration which for the first time was fired for its full range of 5000km and landed close to Australian waters .

In today’s test, Agni-V sported a new paint scheme which was similar to military camouflage usually used by Strategic Forces Command (SFC) on a deployed missile system. DRDO is likely to carry out last pre-induction trial later in this year of the Agni-V missile system before its handovers it to SFC. END_OF_DOCUMENT_TOKEN_TO_BE_REPLACED 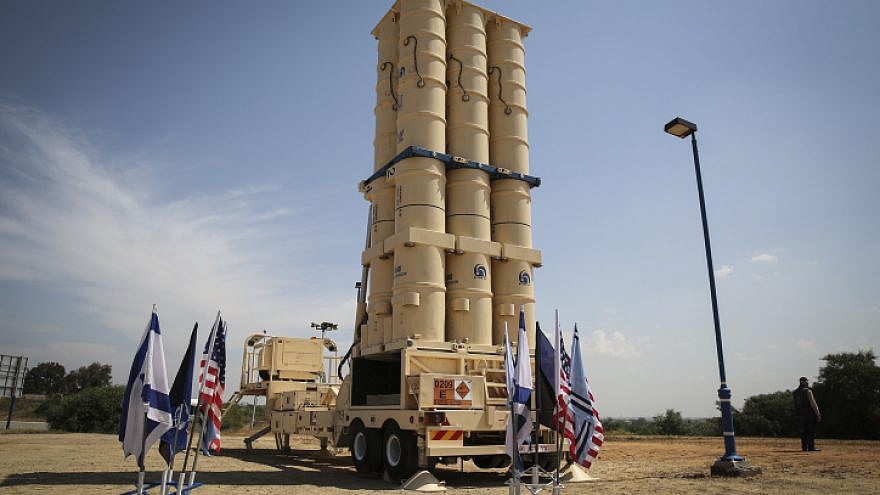 William Thornberry, the Chairman of the House Armed Services Committee clearly said in a recent interview that only exemption India can get from Countering America’s Adversaries Through Sanctions Act (CAATSA) federal law on the procurement of weapons from Russia will be for its existing weapons systems in the supply of spares and technical servicing and overhaul from Russia but procurement of S-400 system will lead to violation of the legislation, and will attract possible sanctions on India .

When asked how India’s requirement for Long Ranged Air Defence system will be satisfied to meet its security needs for that Thornberry said that United States Congress already has designated India has major Defence Partner which in that law clearly specifies that Missile Defence System is an area which US and India can work together. END_OF_DOCUMENT_TOKEN_TO_BE_REPLACED 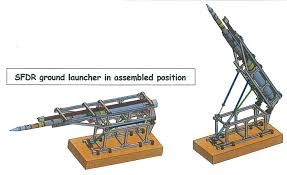 DRDO quietly tested Solid Fuel Ducted Ramjet (SFDR) from a ground-based launcher to validate flight characteristics of the new missile before it can move to next phase of trials. SFDR also sported a new booster-ram jet sustainer propulsion system and trials were an initial phase developmental trials done largely to collect in-flight data of the new missile system which India has been developing with Russia from 2013 onwards.

How Indian Air force Can Make Up for Its Depleting Squadron. 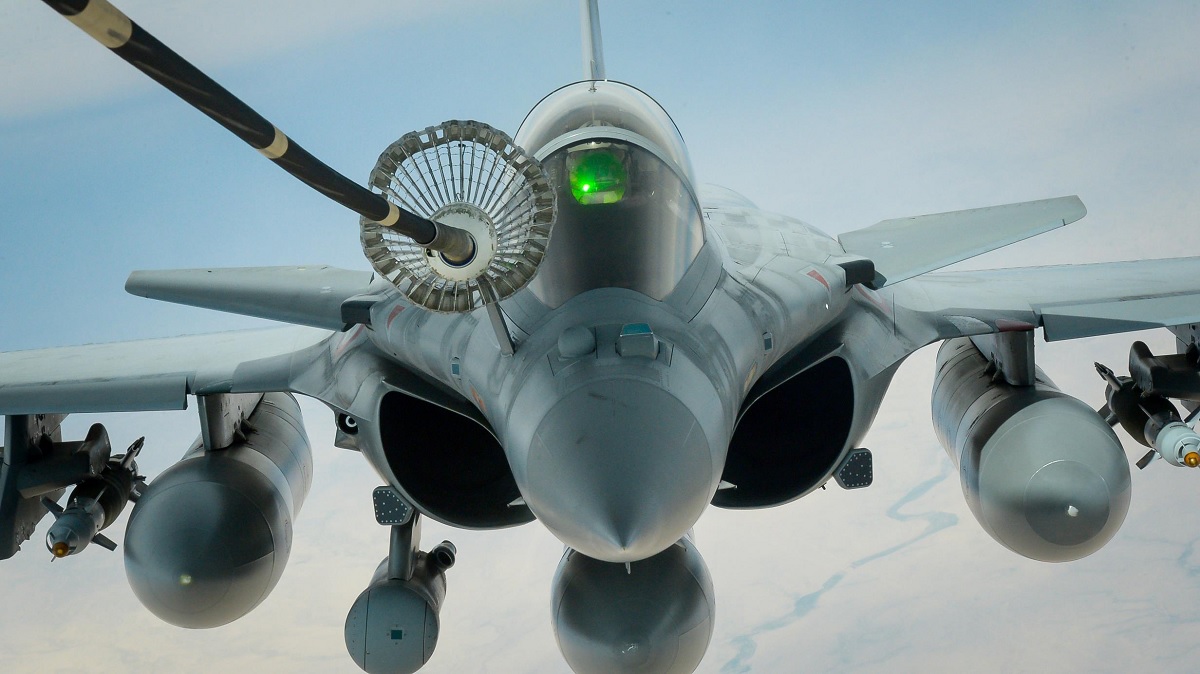 India is one among the largest importer of defense equipment. Airforce has a variety of aircraft of which most of them are Russians. At present, the squadron strength is low to 31 squadrons against a sanctioned strength of 42 squadrons consisting of 18 planes per squadron.

Aircrafts operated by Indian Airforce are Mig-21, Mig-27, Mig-29, Jaguar, Mirage-200, Su-30 MKI and LCA. MIG-21 One of the best aircraft of that time now has operated for around 25-30 years in India which is way beyond the expected life of an aircraft. India now operates around 10 squadrons of them which are expected to be decommissioned within next 4 years. Mig-21’s now operated by Air Force is the upgraded Bison version. It has a very high landing and take off speed. END_OF_DOCUMENT_TOKEN_TO_BE_REPLACED For years now, Russians have fine-tuned their IRST sensors systems so that it can filter out false positives and can also help aid Pilot in the detection of low observable fighter aircraft like F-22 and F-35. IRST supplemented by a Powerful radar like NIIP N011M Bars used in Su-30MKI is a significant threat to any stealth fighters and local indigenous development has far too many local applications and likely to be integrated into other Indian fighters too. END_OF_DOCUMENT_TOKEN_TO_BE_REPLACED The Força Aérea Nacional de Angola (FANA – National Air Force of Angola) which took deliveries of 10 Su-30KN earlier this year and Two in the previous year is keen on the purchasing of Six more Su-30K which were formerly operated by the Indian Air Force.

IAF had procured 18 Su-30K (Su-27UB trainers) from Russia as an interim measure to train its crew to fly much more advanced Su-30MKIs. Due to economical reasons, all 18 older Su-30Ks were returned back and not upgraded to MKI Standards which were later replaced by Su-30MKI by Russia in 2006. END_OF_DOCUMENT_TOKEN_TO_BE_REPLACED According to the latest report, Indian Air Force way back in December 2014 for the first time had informed Ministry of Defence (MOD) that development of proposed FGFA based on Russian Pak-fa Platform was not suitable for induction into IAF and had a number of deficiencies that were found were simply not acceptable to the IAF.

News of IAF not being happy with the FGFA Project has been going on for last few years now, but they were also enough media reports which contradicted them and even claimed that project is on verge of final negotiation until earlier this year when Indian MOD officially informed their Russian counterparts that India is finally pulling the plugs on the multibillion-dollar programme to develop and produce a stealth fighter with Russia . END_OF_DOCUMENT_TOKEN_TO_BE_REPLACED

Why IAF will say NO to 40 more Sukhois

Hindustan Aeronautics Ltd (HAL) offering to manufacture 40 additional Su-30s with the capability to carry BrahMos missiles (ALCM) given the shortfall of IAF fighter squadrons. Sukhoi-30MKI fighter production run is nearing its end and last locally manufactured Su-30 is likely to be delivered by end of 2020.

Out of 32 Squadrons which IAF has, soon 15 Squadrons will be entirely made up of Sukhoi-30MKI fighters with last of the 10 Squadrons of legacy fighters like Mig-21 and Mig-27 to be retired by 2022, IAF is all set to go into a free fall of combat squadron strength for the next 5-7 years before it can revamp itself with the induction of new fighter jets post 2025-27 period . END_OF_DOCUMENT_TOKEN_TO_BE_REPLACED

According to local media reports, Indian Air Force is actively considering the integration of the European Meteor missiles along with Advanced Short Range Air-to-Air Missile (ASRAAM) to 83 Tejas MK-1A fighter jets which will soon go into the production.

Meteor missile will be introduced in Indian Air Force when France starts deliveries of the 36 Rafale combat jets from 2019 onwards. India brought European Meteor missiles along with the Rafales after Air Force desired to include the Meteors as part of the weapons package. END_OF_DOCUMENT_TOKEN_TO_BE_REPLACED DRDO for the first time has confirmed what has been long speculated for last few weeks that, Next version of India’s Indigenously developed fighter jet Tejas MK-2 will be called as Medium Combat Aircraft (MCA) and will be a 17.5 ton Beast when compared to punny LCA-Tejas MK1/MK1A Variant which currently is in production.

Super Tejas will be an evolutionary redesign of the Light Combat Aircraft which will see substantial rework on the Main fuselage which will longer to carry more internal fuel along with equipment, Rear fuselage reworked out to accommodate more powerful engine along with major redesigns to the Main, and Nose Landing Gears which will see Maximum Takeoff Weight (MTOW) of the aircraft touching 17.5 tonnes which is more then MTOW weight of Mirage-2000 fighter jet (17 ton) which it indents to replace in Indian Air Force . END_OF_DOCUMENT_TOKEN_TO_BE_REPLACED