Rafale to land in India on 27 July, will be combat-ready early as France diverts missiles

Amid India’s ongoing border standoff with China, at least four Rafale fighter jets are now scheduled to land in Ambala on 27 July, and will be ready for combat earlier than expected as the French have diverted an initial lot of cutting edge missiles meant for its own air force to India, ThePrint has learnt.

“The date worked out between India and France is July 27 for the delivery of the aircraft. Four aircraft will come for sure while an attempt is being made to ensure that a total of six jets come,” said a source. According to sources, the jets can be deployed for combat quicker than anticipated as France has diverted some of the game-changing missiles — Meteor and SCALP — meant for its own air force to the Rafale jets for India. Originally, this was supposed to happen months after the delivery of the fighter jets. END_OF_DOCUMENT_TOKEN_TO_BE_REPLACED

India holds superiority over China in satellite surveillance, have eyes much above enemy satellite 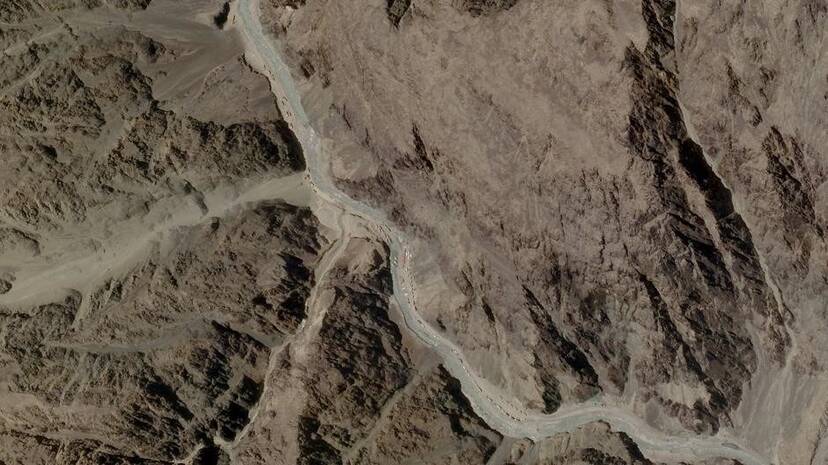 India have eyes above China’s satellites looking down at the nation’s borders in the north. Though China does have more satellites, India outdoes them when it comes to surveillance satellites.India has deployed the world’s most powerful surveillance satellite Cartosat 3, and RISAT 2BR1 to observe the northern borders. In its orbit 509 km above, the satellite is keeping an eye on both Pakistan and China. The Chinese presence in Ladakh was spotted in March itself by these satellites. China’s reluctance to de-escalate was also spotted by the nation’s eyes in the sky.

Cartosat 3 can take pictures of objects with just 25 cm size up to areas of 16 square kilometers and transfer it to ground station within seconds. It’s much more capable than America’s World View 4 satellite. RISAT 2BR1 satellite can do surveillance in adverse conditions and in dark.China has launched 363 satellites to India’s 118. As they fear American intrusion, the focus is on South China sea. END_OF_DOCUMENT_TOKEN_TO_BE_REPLACED

NSA Ajit Doval warned 7 years ago on China, Pakistan teaming up against India 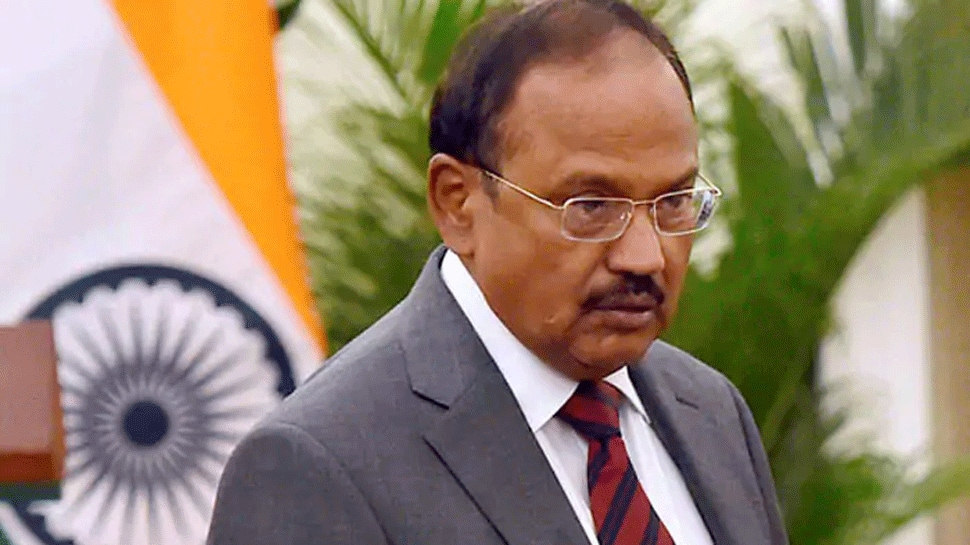 There is a growing consensus in the highest echelons of the government that India and China continue to be locked in a hitherto unprecedented standoff – for almost eight weeks now – at multiple points along the Line of Actual Control (LAC) border.

After the June 15 incident, in which at least 20 jawans were killed during a violent face-off with Chinese troops at Galwan Valley in Ladakh, several rounds of military-level to diplomatic talks have been held between the two nations to ease down the tension in the region. However, reports stated that amid the backdrop of talks, China significantly ramped up its military presence in the area and several other fiction points in eastern Ladakh. END_OF_DOCUMENT_TOKEN_TO_BE_REPLACED Pakistan misses no opportunity when it comes to hurting India. What better situation than the current standoff between India and China? Pakistan has been carrying out psychological warfare, mainly rumour-mongering on social media, for about 10 days now. Several Pakistani Twitter handles have tweeted after June 20, 2020 that 40 Chinese J-10 fighters have landed at Skardu Airport and 10 have reached Gilgit Airport, both in Pakistan-occupied Jammu and Kashmir (PoJ&K).

The same has been picked by many in India, including some in government circles. India Today has used the latest satellite imagery of June 24, 2020 to run a reality check on these airports. END_OF_DOCUMENT_TOKEN_TO_BE_REPLACED

Arrival of Rafale jets will send a clear message to India’s ‘adversaries’:?Officials India is likely to receive by July 27 the first batch of six Rafale fighter jets which are expected to significantly boost the combat capability of the Indian Air Force, people familiar with the development said. The IAF has been on a high alert for the last two weeks in view of escalation in tension with China following clashes between troops of the two countries in Galwan Valley in eastern Ladakh in which 20 Indian Army personnel were killed. The two armies are locked in a bitter standoff in the region for seven weeks.

On June 2, Defence Minister Rajnath Singh held a telephonic conversation with his French counterpart Florence Parly during which she conveyed that the Rafale jets will be delivered to India as scheduled notwithstanding the coronavirus pandemic in France. END_OF_DOCUMENT_TOKEN_TO_BE_REPLACED

116 Terrorists Killed In Hinterland Of The Kashmir Valley In 6 Months: J&K Police

116 terrorists have been killed in the hinterland of the Kashmir Valley in 6 months of the current year, which has led to a remarkable change in the situation, the Jammu Kashmir Police said. The Special Operation Groups of JKP today carried out an operation to eliminate 3 terrorists affiliated to the Lashkar-e-Taiba and Hizbul Mujahedeen.

The encounter erupted after JK Police along with Army’s 19 RR launched a cordon-and-search-operation (CASO) at Khul Chohar village in Anantnag, 55 kms from here, following ‘specific inputs’ about the presence of terrorists in the area. END_OF_DOCUMENT_TOKEN_TO_BE_REPLACED 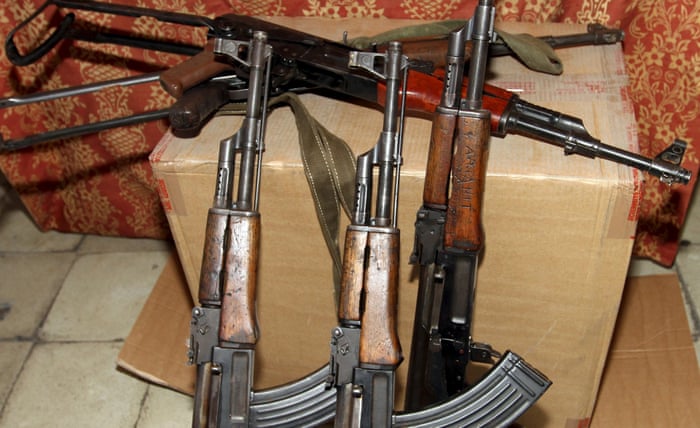 Bosnia & Herzegovina, a breakaway state from erstwhile Yugoslavia, has emerged as the main entry point of Pakistan-origin illegal migrants and terrorists to Europe raising fears of future terror strikes in that continent. Incidents of terrorists among Pakistani nationals came to light when the Bosnian government recently summoned Pakistani Ambassador to Sarajevo and reprimanded Islamabad for two Pakistan origin terrorists who entered as illegals, ET has reliably gathered.

Pakistan’s Ambassador has refused to cooperate with Bosnia and have their authorities check the fingerprints of illegal migrants in the country, even though Bosnia already uncovered two terrorists of Pakistani origin among the migrants based on their fingerprints, according to Bosnian Security Minister Fahrudin Radoncic. END_OF_DOCUMENT_TOKEN_TO_BE_REPLACED Mumbai terror attack mastermind Hafiz Saeed’s India-born counsel has passed away after a brief ailment in this Pakistani city. He was 86. Abdullah Khan Dogar, whose family had migrated to Pakistan from India’s Rampur in UP after the Partition, breathed his last at a hospital here on Sunday.

He was the father-in-law of former chief justice of Lahore High Court Mamoon Rashid Sheikh. He is survived by his wife, a son and a daughter. Dogar was the counsel of Jamaat-ud-Dawah chief Saeed for many years and defended him in Pakistani courts following the 2008 Mumbai terror attack in which 166 people were killed. END_OF_DOCUMENT_TOKEN_TO_BE_REPLACED

Bihar Special Branch has issued a high alert to all districts in the state after a warning was issued regarding possible terrorists from Taliban and Jaish-e-Mohammad entering the state through the Nepal border.

It is learnt that the ISI has formulated a plan to send about 5-6 Taliban and Jaish terrorists, trained by the Pakistan army, through the Nepal border into the state.”As per an input, a threatening email was received on NIA control room indicating a hit list having names of Hon’ble Union Home Minister and other BJP Leaders. Please keep a lookout for the movements of Kashmiri terrorists, Muslim Fundamentalists ie Jaish-e-Mohomed, Al Qaeda and all Pakistan, Taliban, Afganistan, Jihad, terrorist organisation, Islamic Terrorist Organisation, Left-wing extremist elements, and North-eastern Insurgent Groups, All India Security Suspect and Rabid Communalists who could threaten the security of the VVIP,” read the alert. END_OF_DOCUMENT_TOKEN_TO_BE_REPLACED Four gunmen stormed into Pakistan’s largest and oldest stock exchange in the southern port city of Karachi on Monday morning killing at least two people, according to local media reports. The four attackers have also been eliminated, the Karachi police said.

At least four people have been reported injured in the attack, some of them seen on video being wheeled out of the stock exchange into waiting ambulances. The attackers drove to the barricaded entrance of the stock exchange in a silver Corolla car a little before 10 am, got off and hurled a grenade at security personnel before opening fire from automatic firearms. Police officer Rizwan Ahmed said the gunmen opened fire at the entrance and entered the stock exchange grounds. The complex was soon surrounded by heavily armed special forces, according to news agency AP. END_OF_DOCUMENT_TOKEN_TO_BE_REPLACED 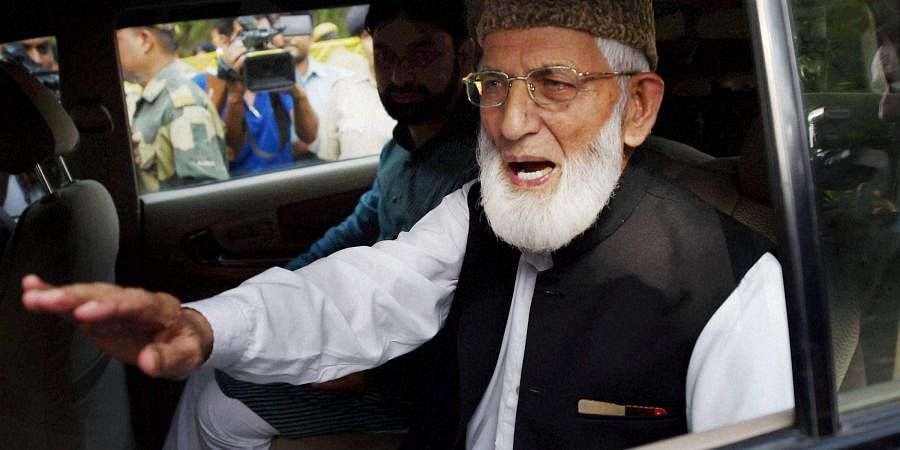 “After considering the present circumstances, I announce to quit the Hurriyat forum,” Geelani announced in the audio message. He has also released two-page statement on his resignation from the Hurriyat Conference. Geelani, a staunch pro-Pakistan politician, had been leading the hardline faction of Hurriyat Conference while the moderate faction is being led by cleric Mirwaiz Umar Farooq. END_OF_DOCUMENT_TOKEN_TO_BE_REPLACED Madhavan stressed that HAL has capability in place to scale up the production line if asked by IAF from 16 to 20 per annum. While the deal for 83 upgraded Tejas Mk1A with improved Avionics and Radar has been cleared for over a year now after the Price negotiation committee brought down the cost after hectic negotiation with HAL. END_OF_DOCUMENT_TOKEN_TO_BE_REPLACED

Skardu: Can forward operating base of PAF be used to tie IAF in Both sectors? 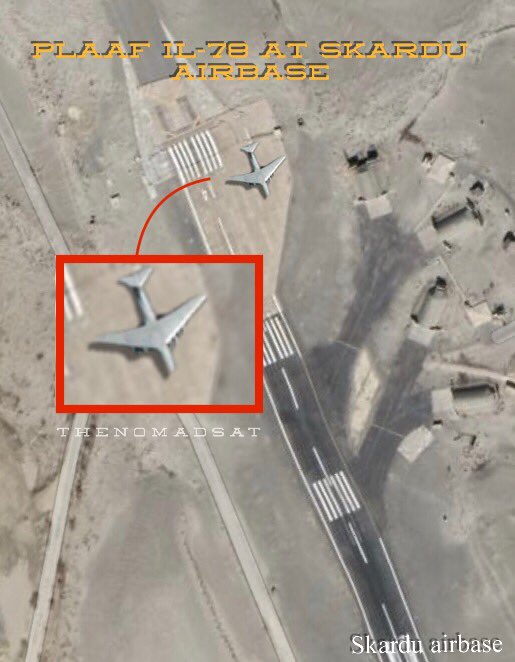 Pakistan Air Force operated Skardu airbase opposite the Union Territory of Ladakh in Gilgit-Baltistan region has been under careful watch by Indian Air Force (IAF) after IL-76 Mid-Air Refueller operated by People’s Liberation Army Air Force (PLAAF) landed last week amid rumors that the airbase has been activated after Indo-China border clash in Ladakh region and around 40-50 J-10 fighter jet of PLAAF has been stationed there for possible Two front Attack planned with PAF for both Kashmir and Ladakh area.

Skardu airbase relatively is a small base that can’t handle over 10-12 fighter jets at any given of the time and fighters are usually deployed as per threat perceptions. In past, PAF has deployed Mirage-III/V, JF-17, and F-7 fighter jets at the base at regular intervals and due to elevation of 7,316 ft and due to extreme weather and mountainous terrain, the base is not all-terrain and all-weather capable and even night sorties are restricted and even with decent payload, a JF-17 requires full runway length of 3.6km to takeoff from the base. END_OF_DOCUMENT_TOKEN_TO_BE_REPLACED

Instead of 4, France has agreed to send 6 Rafale next month to India 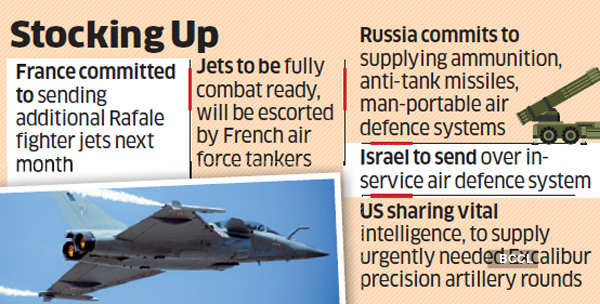 As Indian troops remain dug in at Ladakh in a prolonged standoff with China, allies are pitching in with commitments to deliver urgently needed weapons and ammunition for the armed forces. France has promised to deliver additional Rafale jets next month, an in-service Israeli air defence system is expected soon, precision artillery rounds will be sent by the US, and Russia will make early deliveries of ammunition and weapons worth $1 billion.

The commitments have been made after top-level bilateral talks and a key meeting in the capital at which it was decided that emergency financial powers will be given to the armed forces to prepare for a prolonged standoff in eastern Ladakh. END_OF_DOCUMENT_TOKEN_TO_BE_REPLACED 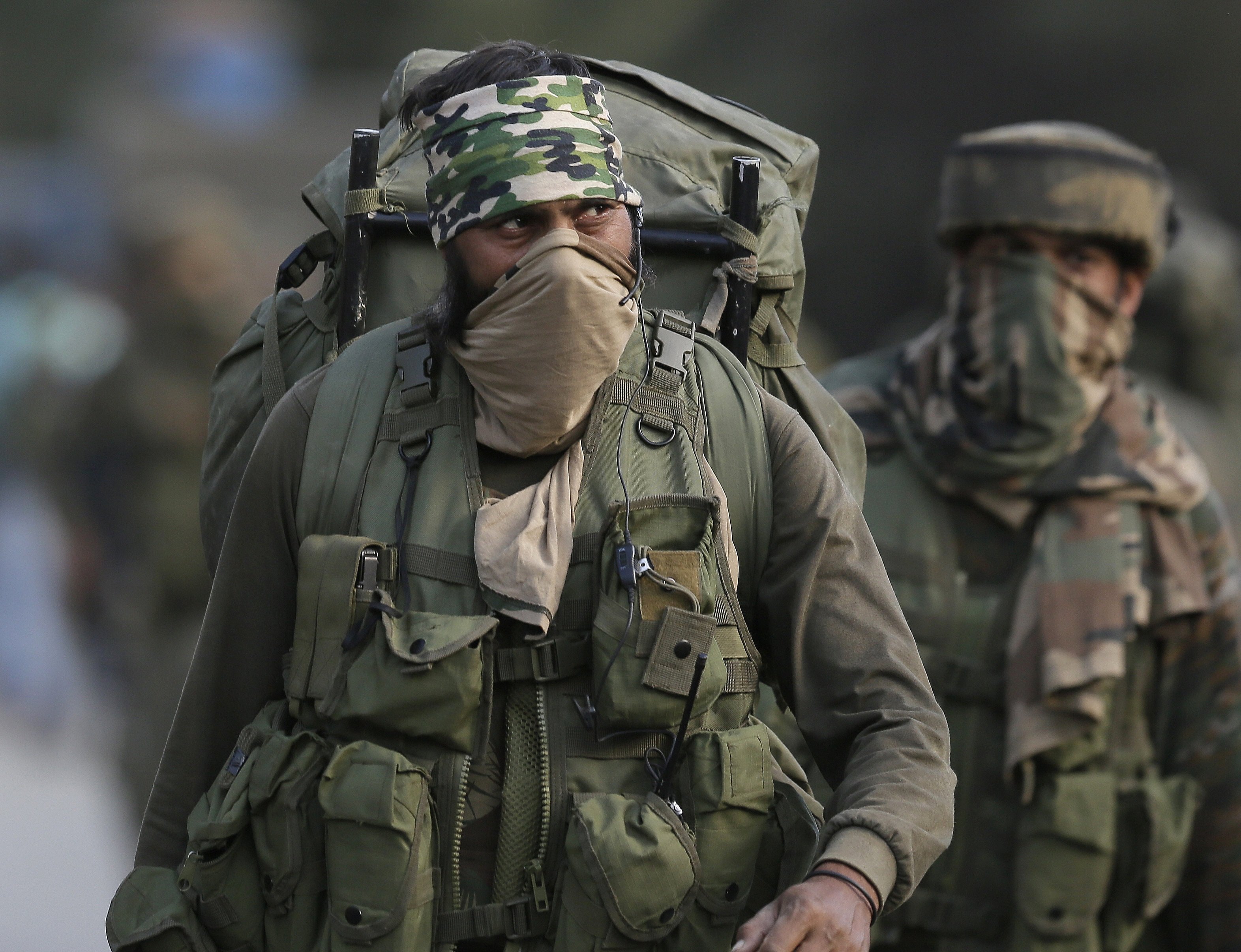 Even as the border tensions between India and China at the Line of Actual Control (LAC) has de-escalated, China’s People’s Liberation Army (PLA) is employing martial arts trainers to train their military officers. As per reports in the Chinese media, at least 20 martial arts trainers have been sent to Tibet to train Chinese soldiers.

Even before the clashes on June 15 at Galwan Valley in Ladakh, China had recruited local martial arts trainers from Tibet’s local clubs into their army division. To counter the martial arts’ trained Chinese Army, the Indian Army has deployed its Ghatak commandos. According to an army officer, a Ghatak commando undergos a specialised 43-day Commando Training Course at Belgaum in Karnataka. The training includes running for 40-kilometers non-stop with a weight of about 35 kg which strengthens them physically. END_OF_DOCUMENT_TOKEN_TO_BE_REPLACED