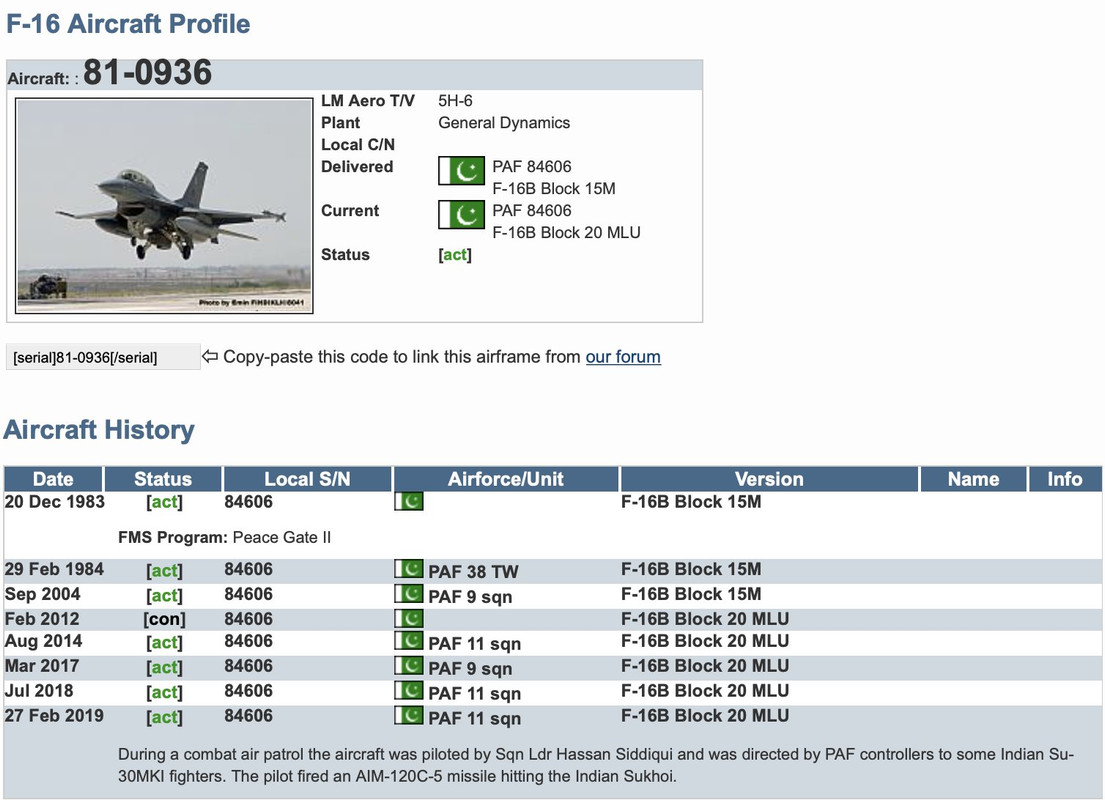 Pakistani Air Force (PAF) Fanboys tried to give credit to F-16B MLU S.No 84-606 aircraft of PAF as one which shot down an Indian Air Force (IAF) Sukhoi-Su-30MKI in the largest F-16 (f-16.net) Database website and often considered as the go-to site to find data on over 4500 F-16 manufactured and operated worldwide but was quickly rejected and removed from the database after being pointed out by some observers of the website.

PAF Fanboys continued with their attempts while coming up with more conspiracy theories to back their claims rather than asking their air force for more solid Physical and electronic evidence to back their claim but even after over one year of the incident PAF is yet to show any evidence on their part. 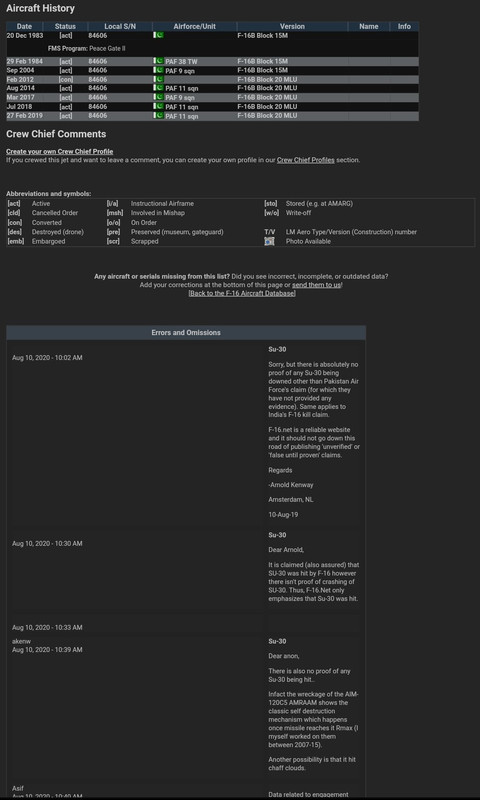 Similar tactics have been used to edit F-16 Wikipedia and PAF page in the past to credit a Su-30MKI Claim but that has been denied by Senior Editors of Wikipedia due to lack again solid Physical and electronic evidence to back their claim.