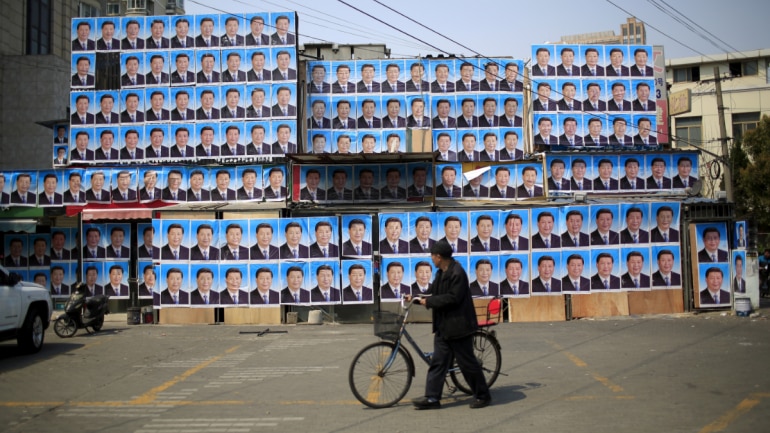 China’s suppression of basic freedoms is not limited to the mainland or Hong Kong. International concerns are now mounting about Beijing’s sweeping campaign against the Chinese diaspora critical of its authoritarian policy. In June 2014, China led by President Xi Jinping launched an operation dubbed Fox Hunt ostensibly to get back fugitives accused of financial crimes.

But the FBI in the United States has now raised a public alarm about what it sees as the real motive behind the campaign — a growing crackdown on dissent within the Chinese diaspora. “China describes Fox Hunt as some kind of international anti-corruption campaign. It is not,” FBI Director Christopher Wray warned. “Instead,” he told the Hudson Institute in Washington DC, “Fox Hunt is a sweeping bid by [President] Xi to target Chinese nationals who he sees as threats and who live outside of China across the world.”

Wray outlined a range of tactics Chinese agents have been using to coerce their Fox Hunt targets in the United States to return home.

“Hundreds of these Fox Hunt victims that they target live right here in the United States, and many are American citizens or green cardholders. The Chinese government wants to force them to return to China, and China’s tactics to accomplish that are shocking.

“For example, when it couldn’t locate one Fox Hunt target, the Chinese government sent an emissary to visit the target’s family here in the US. The message they said to pass on: the target had two options, returned to China promptly or commit suicide,” Wray said.

He remarked that Beijing’s counterintelligence work was “the greatest long-term threat to our nation’s information and intellectual property and to our economic vitality”.

The Chinese agents, Wray said, would often pressure their US-based targets by issuing threats against their family members still living on the mainland.

He offered support to the Fox Hunt victims in the United States as he appealed to them to “please reach out to your local FBI field office”.

In his address, he also added that nearly half the number of the FBI’s active counter-intelligence cases were related to China and its pursuits.

On an average, Wray noted, the FBI is understood to be opening a new China-related counterintelligence case every 10 hours.

China, he observed, was involved in mass hacking, identity theft and intellectual property espionage. As high as 1,000 of such cases spread across offices of the FBI, Wray said.

“The people of the United States are the victims of what amounts to Chinese theft on a scale so massive that it represents one of the largest transfers of wealth in human history,” according to the FBI chief.

In the first six months of its launch, Fox Hunt helped repatriation of around 700 suspects living outside the country.

In 2015, the operation saw its biggest coup with the extradition of a woman surnamed Zhang from Italy. It was the first time a European country agreed to hand over someone to China over accusation of financial crime.

But in as early as Aug 2015, the Obama administration warned Beijing about the presence of Chinese government agents operating undercover across the United States to pursue prominent expatriates — many wanted in China ostensibly on accusations of corruption.

Since the launch of Operation Fox Hunt in 2014, China conducted activities reportedly across 56 countries within the first year. And these countries included the United States, Canada, Spain, South Korea, and South Africa.

The entire campaign was conceptualised under the orders of Xi, a year after he became China’s president. The Communist Party of China laid the groundwork for the so-called anti-corruption campaign when it approved the establishment of a new anti-corruption general office.

China does not have extradition treaties with the United States, Canada and Australia — the three most popular destinations for suspected economic criminals.

But Australia and the USA did initially cooperate with China in its efforts to secure the extradition of Chinese suspects between 2014 and 2017, notwithstanding the Obama administration’s warning in the interim to Beijing over Operation Fox Hunt.

Liu Dong, then deputy director of China’s Ministry of Public Security, revealed that Fox Hunt team consisted of “hunters” with an average age of 30 and includes some in their early 20s.

In a 2015 interview with state-controlled Xinhua, he explained that the operation required young people capable of working long hours and travelling long distance frequently.

According to Liu, China’s Fox Hunters team must be smart enough to cope with tricky situations, to possess a high emotional quotient to smoothly handle law-enforcement departments across countries, and a high adversity quotient to manage risks.

With regards to the qualifications, most team members possess the master’s degrees, with the majority majoring in economy and law, he said.

Speed is a top priority.

Upon receiving a task, the necessary logistics like hotels and flight tickets are immediately booked. Once the task-force members — or “hunters” — land in their designated country, they make operational decisions while their counterparts in Beijing provide intelligence to help track down suspects or perpetrators.

It is reported that many female police officers also participate in these operations.

A report released by the Ministry of Public Security claimed that the strengths of the female police officers lie in their ability to make “subtle observations and psychological judgments unique to women” and also in their ability to “handle the atmosphere”.

MISUSE OF THE INTERPOL?

Interpol is primarily in place to pursue criminals of nations escaping arrests, but China has been found to be using the organization to go after its political dissidents.

The Shanghai Film Group is publicly listed and also backed by the Chinese government.

Variety had Meng Qingfeng, then China’s deputy minister of public security, on the record, speaking about Interpol.

“The U.S. and Canada, countries with which China has no extradition treaty, have become top destinations for Chinese fugitives. Bringing them back to face legal action in China, therefore, requires the use of Interpol protocols,” Meng said.

The Chinese government’s hunt for the supposed beneficiaries of corruption also included the Chinese head of Interpol himself, Meng Hongwei, who was arrested in 2018 and recently convicted and jailed for 13-and-a-half years.