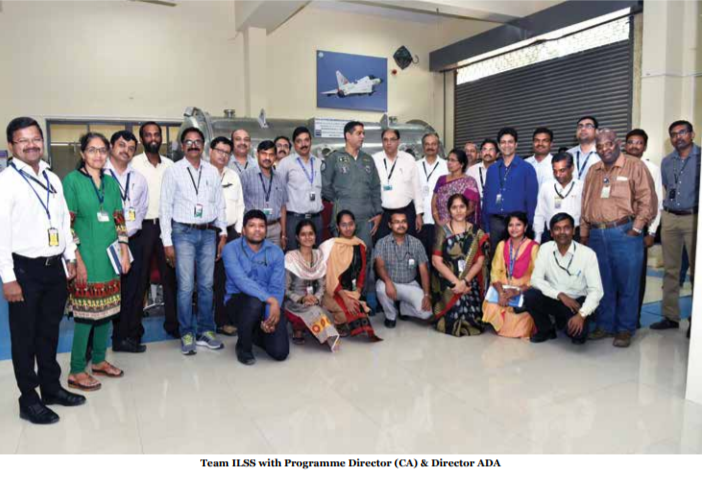 Ingeniously developed ‘On-board oxygen generating system’ (OBOGS) by DEBEL, an organ of DRDO has completed laboratory development of the crucial ‘integrated life support system’ (ILSS) system after it carried out trials in High Altitude Decompression Chamber which simulates altitudes with test pilot of Tejas as the subject from 15 August 2019 to 6 September 2019 successfully. The performance of the system has been found at par with a conventional oxygen system in use.

The flight trials of the system will be carried out on Tejas PV-3 aircraft by the middle of next year. Use of OBOGS technology eliminates the logistic tail associated with the liquid oxygen system, improves safety, reduces the aircraft turnaround time, extends mission duration and significantly lowers operational cost.

Older systems used liquid oxygen (LOX) systems that needed to be stored and were seen as dangerous, costly, and inefficient. On-Board Oxygen Generating System (OBOGS) is the newer system, mostly replacing LOX. It taps high-pressure air off the engine(s) and concentrates the oxygen, delivering anywhere between 25-95% oxygen, mixed with clean, outside air (altitude dependent) and is considered safer than the LOX systems in high-performance aircraft.

OBOGS offers unlimited endurance, unlike LOX systems which are limited by oxygen storage capability. OBOGS are seen as effective and significantly lowers operational costs. The ILSS?OBOGS has the versatility to be customized to the needs of other Indian fighter aircraft such as the MiG-29, Sukhoi Su-30MKI and Mirage 2000 and according to sources close to idrw.org, Sukhoi Su-30MKI will also be getting ILSS?OBOGS soon in stages, it is unclear if it will be inducted with Tejas Mk1A or only come in MWF-AF.