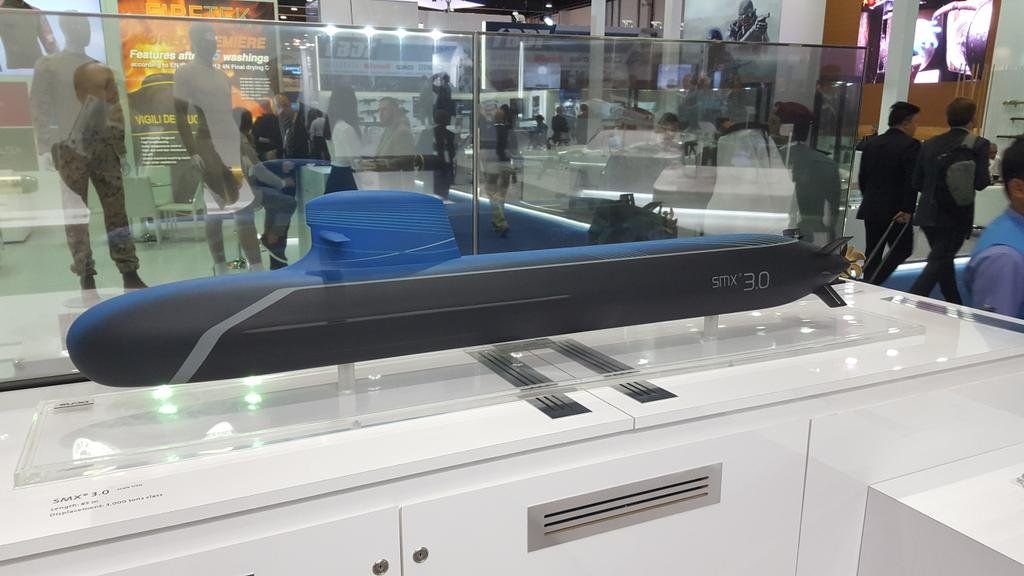 Sylvain Defer, head of P-75I Project at Naval Group has confirmed that the French Naval Group formerly known as DCNS will offer its SMX 3.0 submarine to India under its Project-75I under which India plans to acquire Six Next Generation Attack Class Non-nuclear Submarine for its Navy for which it has recently shortlisted State-owned Mazagon Dock Shipbuilders Limited (MDL) and Privately owned L&T as its preferred Shipyard partners for the construction of the submarines after winning bid is declared.

idrw.org was first to report the moves made by Naval Group last year of taking back its initial offer of Super Scorpene which was an enlarged Scorpene-class submarine already inducted by Indian Navy under Project-75, but the offer was to be likely between Shortfin Barracuda and SMX 3.0 concept was showcased in 2016 for the first time.

According to Sylvain Defer, SMX 3.0 has a displacement of 3,000 tonnes which is 1000 tonnes less then Shortfin Barracuda but is over 1200 tonnes more than Scorpene submarines already inducted into Indian Navy. SMX 3.0 integrates the latest digital technologies for strengthened operational efficiency and significant versatility of use. Naval Group and Dassault Systèmes are partnering on this project to design a ship tailored to improve the level of comfort for the women and men on board. The on-board data systems are now completely interconnected, robust, secure, fast and upgrade able.

SMX 3.0 incorporates a vertical launch system which can be used for launching both drones and missiles, which has 8 vertical launch system. SMX 3.0 offered to India will use local indigenously developed Indian technologies along with what was developed for the Scorpene-class submarines in India and will be armed with Indian and French weapons systems. SMX 3.0 if selected will be armed with both Submarine-launched Mach -3 BrahMos-NG and Sub-sonic Nirbhay Cruise missiles.