LRLACM: India’s Next Cruise missile will have Range of Nirbhay and Speed of BrahMos 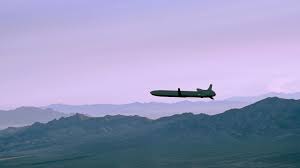 Indian Ministry of Defence has cleared the proposed development of Long-Range Land Attack Cruise Missile (LRLACM) for Ship launched cruise missile for Land-based strikes for the Indian Navy which will also be adopted later for the Air force and Army variant with a range of 1000 km, just like Nirbhay Cruise missile with a hint of BrahMos speed.

Nirbhay Cruise missile program has been officially closed but the technology of seeker and booster propulsion will be carried on the LRLACM program too which includes Small Turbofan Engines (STFE) or the Manik turbofan engine for the second stage propulsion which is near identical to what now scrapped Nirbhay Cruise missile had to offer but this is where it gets interesting and separates Nirbhay from LRLACM.

DRDO and Russia already have been developing similar missiles in the Anti-Ship version role and LRLACM will be a land attack based version of the same missile with changes in seeker technology for land attack roles for the air force and Army. DRDO also is developing Naval Anti-Shipping Missile Short Range (NASM-SR) with a 55 km range for use from Sea King helicopters and eventually equip the MH60R helicopters.