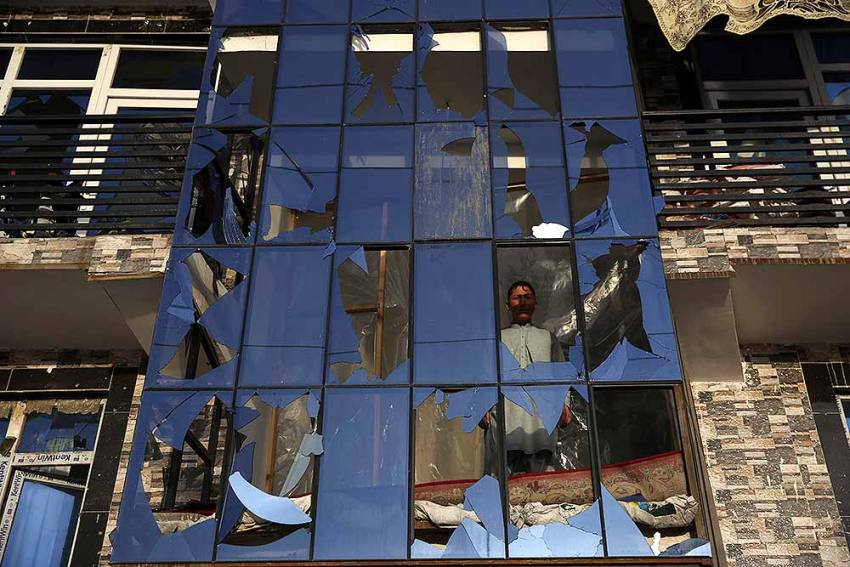 The March 25 attack at the Kabul Gurdwara is suspected to be an attempt at rupturing the strong Indo-Afghan ties by Pakistan-aided terrorists. With the United States getting into exit-mode to leave the country and paving the way for an eventual Taliban-take over, India seems to be the last viable backer for the Afghan government of Ashraf Ghani. A breach in Indo-Afghan relations smoothens the process for a Taliban-controlled regime in Kabul.

The attackers justified their action as a response to atrocities against Muslims in Kashmir, hoping the development could generate a strong public opinion and force it to re-think its involvement in Afghanistan. But India’s statement indicated that such a possibility might not happen in a hurry. While condemning the attack it also assured the Afghan government of Delhi’s support in its effort to bring peace and security to the country.

Importantly, it also made it clear that it saw the Sikh community in Afghanistan as Afghan citizens and was confident of their welfare and security being looked after by the Ashraf Ghani government.

“Such cowardly attacks, on the places of religious worship of the minority community, especially at this time of COVID-19 pandemic, is reflective of the diabolical mindset of the perpetrators and their backers, ” India said in a statement.

It made it clear that India stood in “solidarity with the Afghan government in its effort to bring peace and security to the country.

The Islamic State- Khorasan claimed responsibility for the early morning attack that killed 25 pilgrims and injured several others in the holy Sikh shrine. It also  linked the attack to developments in Kashmir.

But the Taliban distanced itself claiming that attacking places of worship of religious minorities was not part of its policy.

Many see this as a ploy by Taliban’s Pakistani backers. At a time when the Taliban is involved in negotiations with the US to bring peace in Afghanistan, it might be of interest to all concerned parties in keeping a safe distance between the student-militia group and terrorist activities in the country.

Afghan-watchers in India believe this trend to get stronger in the coming days as more than the Taliban, the IS-K will become the preferred tool for Pakistan to carry out its attacks against India in Afghanistan.

Experts point out that despite ideological differences between the two terrorist outfits and frequent incidents of turf-war, there are several members in both organisations who maintain links with each other. This is perhaps on the encouragement of their common backer—the Inter-State-Services of Pakistan.

According to renowned Afghan-watcher Antonio Giustozzi, the possibility of a deal with the US has created resentment among the Taliban hardliners and their jihadist associates for the past months. Many of them believe the Taliban might play an active role in driving them out of the country, instead of allowing them accommodation within it.

This has led jihadists “of all stripes” to keep a distance from the Taliban as they no longer trust it with ensuring their safety in the country.

“Inevitably this trend is favouring the IS-K, which also appears to have recovered from a serious funding crisis from last year,” says Giustozzi as he points to “substantial defections” to IS-K from the ranks of Tehrik-e-Taliban Pakistan (TTP) and other groups in recent months. There are also reports of “internal turmoil” in the Taliban.

Irrespective of whether such developments are due to contradictions within or outside the Taliban, Indian observers believe Pakistan’s ISI was encouraging them to deal with an evolving situation.

As the Taliban gets more involved in negotiation on Afghanistan’s future with the Americans, Pakistan’s agenda of destroying Indian assets and marginalising its influence in the country could be carried out by IS-K fighters.

Though a big question still remains on how it manages to reconcile the differences that is bound to surface within the Taliban and the Islamic State in the coming days.