As soon as the first pictures of India’s upcoming XRSAM Air defense became viral in the defense community in India, many simply couldn’t ignore to talk about similarities of the missile system with the BARAK ER Integrated Air & Missile Defense System showcased by the Israel Aerospace Industries a few years back which basically was Barak’s dual pulse rocket motor mated to an additional booster for a range of 150 km with enhanced theater ballistic missile (TBM ) capabilities.

Is India’s XRSAM just MR-SAM/ LR-SAM with an additional booster? if yes then how it can claim a range of 350km and 250km when BARAK ER has a range of only 150km? , Well it seems to cut the production cost and reduce the developmental cycle, DRDO has decided to use the same air frames of the MR-SAM/ LR-SAM which are manufactured by Bharat Dynamics Limited locally in India for the XRSAM program also.

India and Israel co-developed MR-SAM/ LR-SAM for the Indian Air Force and Indian Navy have a range of 70km and MR-SAM/ LR-SAM but Barak missile system inducted by the Israeli Armed forces do not use any Indian developed systems like the dual pulse rocket motor and Indian navigation and other subsystems in the missile and relies on the system developed by them.

XRSAM and BARAK ER might look similar and use the same air-frame but the internal of the missile will be Indian which includes dual pulse rocket motor mated to an additional booster and navigation and warhead. Since India is already inducting MR-SAM along with its Integrated Phased Array Radars like Multi-Mission Radar, Mobile Tactical Radar, and Medium range Fu Radar it is expected that even the XRSAM system will be designed for operation in conjunction with same Integrated Phased Array Radars which already have been developed for the MR-SAM program.

XRSAM system will have a range of 350km vs 150km of the BARAK ER which means DRDO will use a longer air frame so that it will be able to carry additional internal fuel along with updated navigation and command guidance system to maintain communication with its radar system along with better Data Link between Battle Management Center (BMC) and the Missiles in flight. 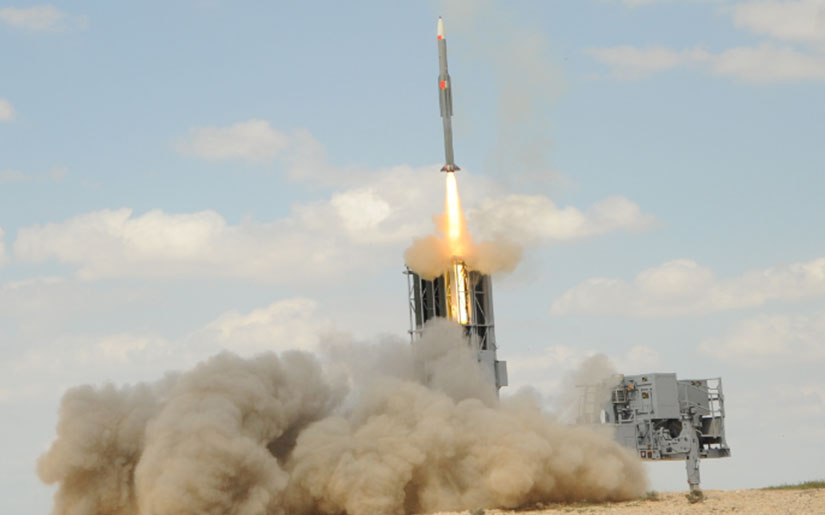 Israel Aerospace Industries showcased its BARAK ER with the above air frame in 2016 (pic1) and the same was also offered to India but in 2019, the BARAK ER air frame came with a different air frame design which now sports mid-section Dorsal fins minus its Nose canards on their website hinting that old design has been now discarded by them, not only that Israel Aerospace Industries also has adapted the same new air frame design for its BARAK LRAD missile system which is MR-SAM/ LR-SAM missile system with a 70km range.

It is interesting to note that both BARAK ER (150km) and BARAK LRAD (70km) sport a new air frame design with Dorsal fins minus canards which is near identical to the Raytheon developed SM-2 Block IIIA and IIIB -area air defense weapon missile. If you look carefully XRSAM system also might have Third stage rocket motor and the booster used not only looks larger than one seen in BARAK ER, but also has some steering control system. BARAK ER (2016) was proposed by IAI and was never tested or developed, in 2019, IAI not only has moved on the new air frame for BARAK ER but also for its BARAK LRAD, which means either IAI has sold the rights to use old air frame design to India or it has moved on to better design to meets its operational requirements.