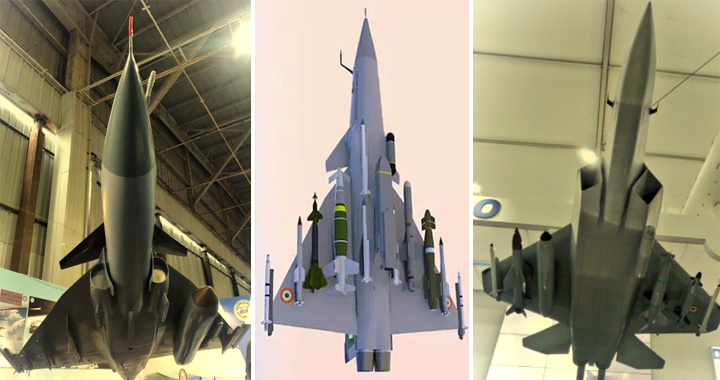 According to Chairman and Managing Director of HAL, R Madhavan, the prototypes of India’s three new indigenous fighters jets prototype to be ready in the next four years.India’s is currently working on three indigenous fighter jets — Tejas Mk2, Twin Engine Deck Based Fighter derived from the naval version of the LCA, and the fifth-generation Advanced Medium Combat Aircraft (AMCA).

“So first the LCA Mk2 will come out, and then the TEDBF and then AMCA. Prototypes of all three will be out within 3-4 years,” Madhavan said in the interview, adding that HAL was looking at a seven to eight year time-frame for ‘each of these aircraft getting airborne’. It is not yet clear how the private partner in the AMCA project will be chosen, though it is clear that HAL and DRDO are keen to progress the proposed structure and create a special purpose vehicle (SPV) as quickly as possible. The decision to include a private partner as an equal stakeholder in a joint venture is groundbreaking in Indian aerospace projects, with private firms so far confined to being tier-level suppliers of systems and subsystems. If the proposal goes through, it will be the first time a private firm will be on equal financial and work terms with HAL and DRDO on a military armament project.

Adding detail to timelines on the AMCA, Madhavan said, “It’s on the drawing board. Preliminary design is completed. First prototype will be out (flying) by 2026-27. Secondly, as far as 4th Generation and 5th generation fighters, the latter loses out in terms of aerodynamics owing to stealth requirements, so not a good idea to put everything in one aircraft. With LCA Mk.2 and AMCA, we will be having both varieties — 4+ generation and 5th generation. One doesn’t replace the other. If you look at the US, they too are buying fourth generation jets in addition to the F-35.”

India pulled out of the Su-57 fifth generation fighter program with Russia in 2018 after a committee warned that the IAF and HAL were headed the ‘Su-30’ way with the crucial FGFA, and would likely end up as bankrollers to the program in the short term, and nothing more than license-builders in the long term. A concerted view was taken with the IAF to walk away from the Indo-Russian project, despite moneys already sunk.

In related remarks that make for the most ambitious promise in Indian military aviation, Madhavan also said that the first prototypes of three separate new Indian fighter concepts, including the AMCA, will be rolled out in four years. He said that HAL and its partner, the Aeronautical Development Agency (ADA) are working to unveil prototypes of the Light Combat Aircraft Mk.2, a new twin-engine LCA derived deck based fighter and the AMCA, in the next 3-4 years.

Answering a question on the twin-engine deck based fighter that HAL & DRDO have embarked on with government clearance earlier this month, Madhavan said, “So first the LCA Mk.2 will come out, and then the TEDBF and then AMCA. Prototypes of all three within 3-4 years. So 7-8 years is what we’re looking at for each of these aircraft getting airborne, which is a very short time in terms of aeronautical design.”

Contrary to what its name suggests, LCA Mk2, a significantly modified version of LCA Mk1, will actually be a medium-weight fighter aircraft.

Among other changes, the GE F404 engine in LCA Mk1 will be replaced with the more powerful F414 turbofan, and canards will be added behind the cockpit. While the new F414 turbofan engine will provide the fighter more thrust, canards will improve its manoeuvrability significantly.

As a result of the modifications being made by the Aeronautical Development Agency, the Mk2 variant will have higher payload capacities, giving it more weapon delivery options, and will carry more fuel, which will increase its range.

IAF may induct 12 LCA Mk2 squadrons (around 200 aircraft). LCA Mk1 is already in squadron service with the Indian Air Force (IAF). The second Tejas squadron, Number 18 Squadron ‘Flying Bullets’, was operationalised in May. The first LCAs were inducted into Number 45 Squadron ‘Flying Daggers’ in 2016. 16 LCAs of the first order of 40 have been delivered to the IAF and a new order of 83 Mk.1A fighters is likely to be signed with HAL by the end of this year. HAL has improved the rate of production — a second assembly line has been set up.

“Our target rate is 16 [LCA fighters] per year, for which a second line has already been set up now. We can easily ramp up to 16-20 per year as and when we receive the 83 LCA order,” Madhavan has been quoted as saying.

TEDBF will be derived from the naval version of the LCA developed as a technology demonstrator. The naval variant of the LCA has undergone a series of tests, including a series of arrested landings on the deck of aircraft carrier INS Vikramaditya in January this year to demonstrate the capability of its landing gear among other things. Earlier, ADA was to develop a new version of the naval LCA.

However, due to design limitations, which were further complicated by the need for a heavy landing gear to bring a high-speed aircraft to a stop on the deck of the aircraft, the Navy and ADA were forced to ditch the plan. A twin-engine fighter, which will have increased fuel and weapons carrying capability, is being developed now.

“The single engine LCA is not the aircraft for the navy. It cannot meet the requirements. What the navy needs is a twin-engine aircraft, because then only it can carry armaments, because the landing gear itself is quite heavy. So a Twin Engined Deck Based Fighter is what we’re looking at for the navy,” Madhavan said, adding that the “ADA has started the project, and this month they have got the clearance, and they are expecting it to be in service in 6-7 years”.

ADA, reports say, “is studying at least 3 variations of the design of the fighter. It’s still unclear whether the new fighter will be a tail-less delta platform, similar to the IAF’s LCA Tejas fighter or, for that matter, feature canards, a small forewing placed ahead of the main wing of the aircraft to aid manoeuvrability”.

AMCA, India’s fifth-generation stealth fighter, is no new news. It has been in development for some years now, and latest reports say that the fighter jet will be built in partnership with a private player. Madhavan has said that HAL and DRDO are looking to form a joint venture with a private-sector firm to execute this project.

“HAL and ADA are together in the design of AMCA. We are also looking at productionisation already — we want to create a special vehicle, a joint venture between HAL, DRDO and a private partner,” he has been quoted as saying.

According to a news report, the process of finding the private sector partner is all set to being and includes Larsen & Toubro, Lakshmi Machine Works Advanced Technology Centre, Tata Advanced Systems and at least three defence firms.

“Workshare, financials and other terms of reference are to be drawn up this year ahead of the decision on the private sector company,” the report says.