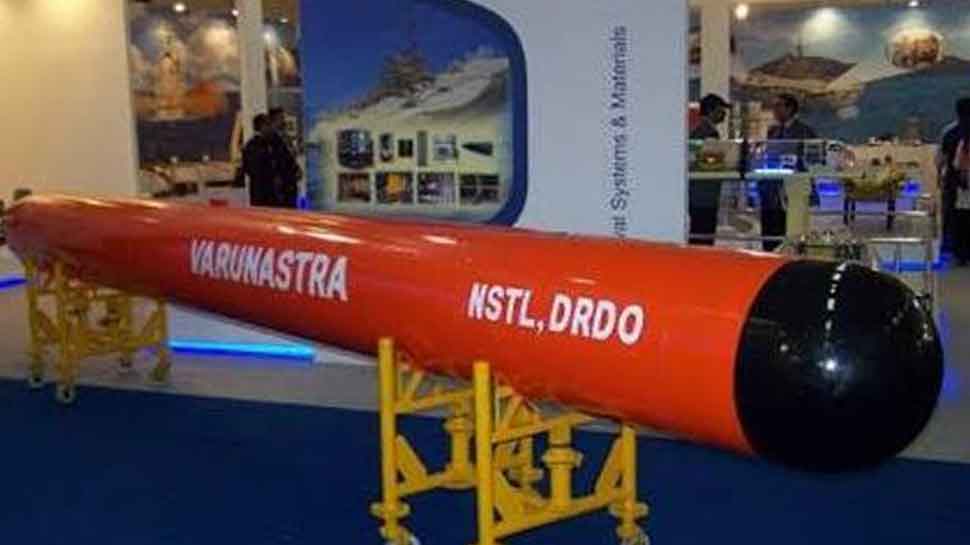 The Indian Navy will soon receive the first tranche of indigenously-built heavyweight anti-submarine torpedo Varunastra, which is likely to add more firepower to India’s marine defence capabilities. According to reports, the first tranche of torpedo Varunastra, which has been developed by the Naval Science and Technological Laboratory (NSTL), a premier laboratory of the DRDO, will be handed over to the Indian navy within four months.

Its formal induction into the Indian Navy will catapult India into the elite club of eight countries possessing the capability to design and build such a naval defence system. The heavyweight torpedo Varunastra is a ship-launched, electrically-propelled underwater weapon equipped with one of the most advanced automatic and remote-controlled guidance systems.

The weapon system uses its own intelligence in tracking the target. Capable of hitting stealth submarines underwater, the 1,500-kg Varunastra can carry a warhead weighing 250 kg and has an operational range of 40 km. The anti-submarine electric torpedo is seven to eight metres long with a diameter of 533 mm.

Varunastra has been extensively tested at sea in association with Indian Navy for evaluating the weapon capabilities as per Naval Staff qualitative requirements. The weapon has completed all environmental qualification tests like shock, vibration, temperature cycling, marine environmental tests etc.

Varunastra can be fired from the Rajput class destroyers, Delhi class and all future Anti-Submarine Warfare (ASW) ships capable of firing heavyweight torpedoes.