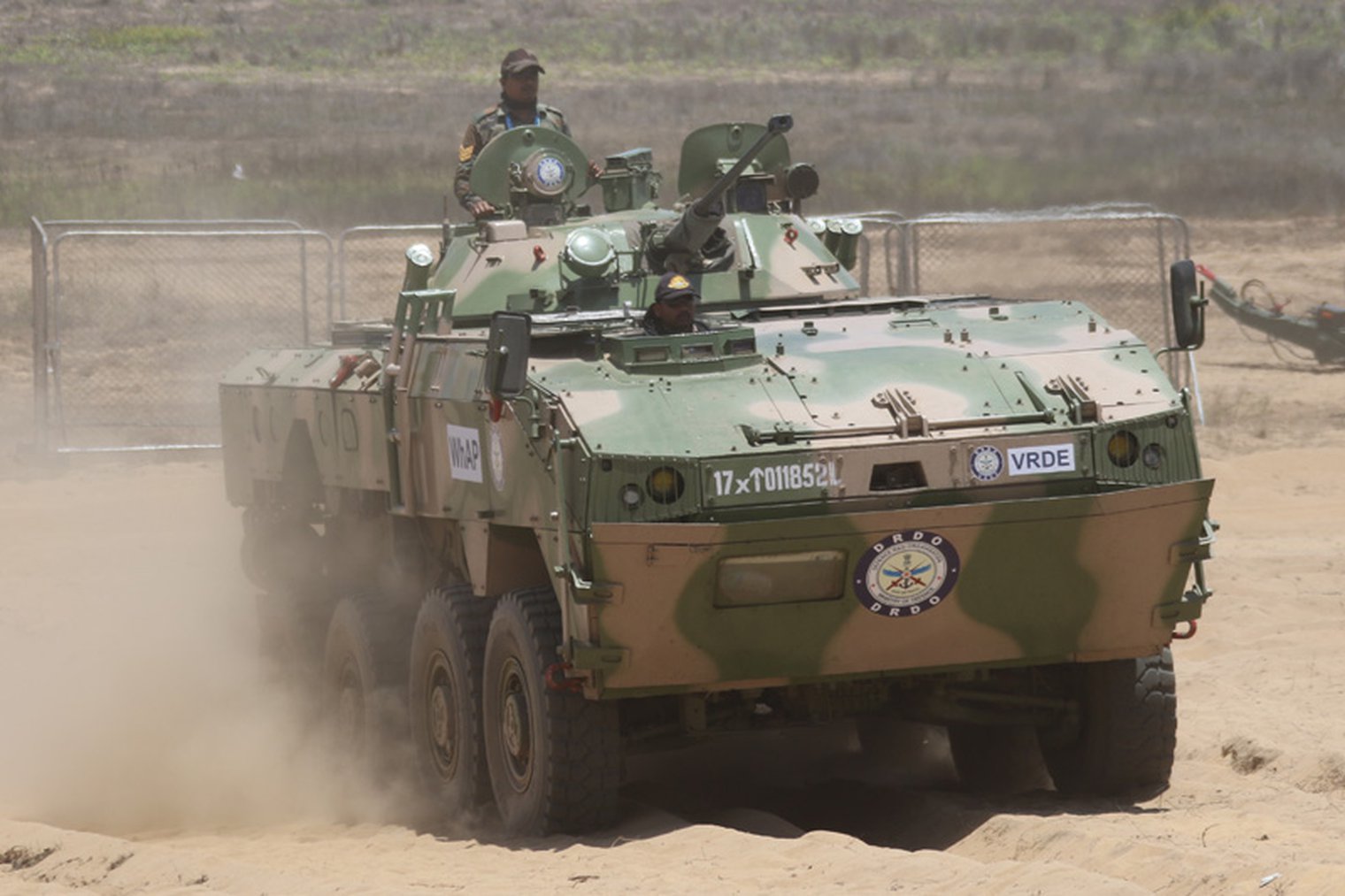 Just two weeks are left for Indian vendors to submit responses to an Indian Army requirement for nearly 200 8×8 armoured vehicles. The ‘Buy Indian’ RfI for wheeled armoured fighting vehicles reconnaissance and support (abbreviated to WH AFV [R&Sp]) closes on 1 April. It enunciated the need for 198 vehicles for army reconnaissance and support battalions located in the plains of Punjab and Rajasthan, regions along the Pakistani border.

The RfI was released on 22 November 2019. It mentioned the amphibious 8×8 solution ‘should be provided with high mobility, adequate armour protection and [an] armament configuration suitable to destroy enemy tanks and undertake local protection’.

The Indian Army‘s newest Request for Information (RFI) is inviting vendors to submit proposals for 198 8×8 wheeled APCs by February 17 next year, 21stcenturyasianarmsrace.com reports. The vehicles are meant for a reconnaissance and support role in Punjab and Rajasthan. The 20-page RFI lists technical parameters that leave Russia and the US out of the game, as the BTR-82A and the Stryker both fail to match the army’s needs.

The 8X8 APC described by the new RFI enumerated the following technical parameters:

Able to carry a 2-ton payload
Transportable by planes like the Ilyushin Il-76 Candid or Boeing C-17 Globemaster III
Amphibious with a fording speed of 10km/h
Minimum power-to-weight ratio of 25 hp/ton
Top speed of 80 km/h. Cruising speed of 30 km/h
Mechanical self-recovery winch fitted at the front of the vehicle
Armament includes a 30mm cannon, 7.62mm machine gun and two antitank guided missiles in a single turret
Additional 8 missiles carried inside, along with a portable ATGM launcher
Ballistic protection of STANAG III on the front arc, STANAG II (withstands assault rifles) on the sides, and mine blast protection is STANAG IIb
CBRNe protection, active and passive protection systems, and night fighting capability
Power assisted ramp at the back for rear access
Crew of four