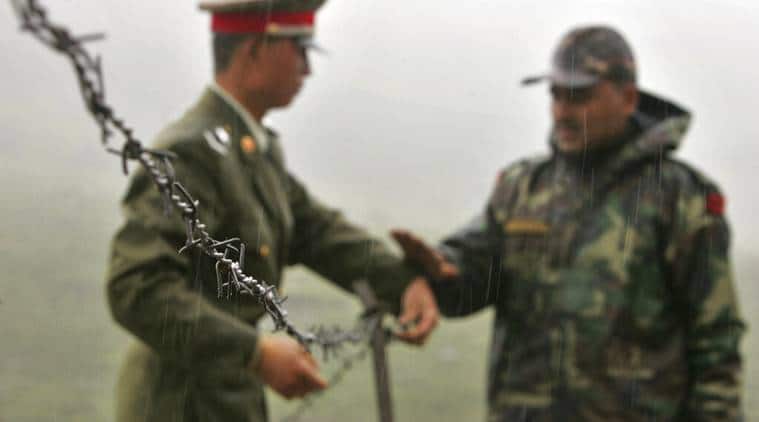 In what is being read as a strong impetus to its ties with Taiwan amid the border tensions with China, India has chosen a senior diplomat handling Indo-US relations as its new envoy to Taipei.The Sunday Express has learnt that Gourangalal Das, currently Joint Secretary (Americas) in the Ministry of External Affairs, will be the next envoy to Taiwan.

A formal announcement on the appointment is expected soon. This comes at a time when there are calls within the strategic community for upgradation of New Delhi-Taipei ties. China and the US have also been sparring over Taiwan and the South China Sea.India does not have formal diplomatic ties with Taiwan because of its One-China policy. It has an office in Taipei to carry out diplomatic functions. It operates under the name of India-Taipei Association, and Das will be its new Director General. He will replace Sridharan Madhusudhanan, also a career diplomat.

Taiwan too has effected a change of guard. East Asian and Pacific Affairs Director-General Baushuan Ger has been named Taiwan’s representative to India, replacing Tien Chung-Kwang who was on the post for seven years at the Taipei Economic and Cultural Centre in India.

Incidentally, Sun Weidong, China’s ambassador to India, in a statement Friday, underlined: “We need to respect and accommodate mutual core interests and major concerns, adhere to the principle of non-interference in each other’s internal affairs.”

In Beijing’s book, any pro-active step by a foreign country with regard to Taiwan, Hong Kong, South China Sea, Tibet and Xinjiang are considered “sensitive” in nature.

India has so far adhered to the One China policy although in December 2010, during then Chinese Premier Wen Jiabao’s visit, it did not mention support for the policy in the joint communique.

And in 2014, when Narendra Modi became Prime Minister, he invited Chung-Kwang Tien, Taiwan’s representative to India, along with Lobsang Sangay, Sikyong (President) of the Central Tibetan Administration (the Tibetan government-in-exile) to his swearing-in ceremony.

In the MEA, a Joint Secretary who handles India’s ties with the US is considered a key official, together with those dealing with China and Pakistan.

The appointment of Das as envoy to Taiwan comes weeks after the BJP asked two of its MPs, Meenakshi Lekhi and Rahul Kaswan, to attend via virtual mode the swearing-in ceremony of Taiwan President Tsai Ing-wen on May 20 – a fortnight after the start of the standoff with China on the Line of Actual Control.

He had also served as a Deputy Secretary handling External Affairs in the Prime Minister’s Office during the tenure of Manmohan Singh. He was retained for the transition in 2014.

As Counsellor (Political) at the Indian embassy in Washington DC, he played a key role during the Prime Minister’s visit in June 2017 when he met US President Donald Trump.

Das returned to New Delhi and was tasked by then Foreign Secretary S Jaishankar to set up the Centre for Contemporary Chinese Studies, the in-house think tank to study China post-Doklam.

During his stint as Joint Secretary (Americas), Indo-US ties grew, including the revival of the Quadrilateral mechanism (between India, US, Japan and Australia).