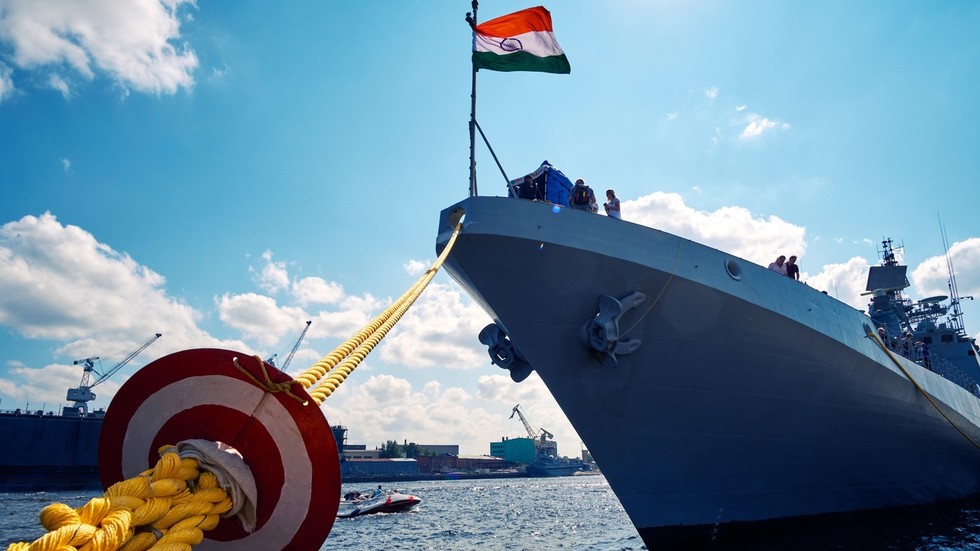 Despite the modernization of India’s defense industry, Indo-Russian military cooperation is still strong — and two Talwar-class frigates will be delivered to New Delhi in 2024. But could competition from the US get in the way?

As part of a $2.2 billion deal with Moscow, the pair of warships, currently under construction at the Yantar Shipyard in Kaliningrad, will be delivered in two years — and two additional frigates will be built domestically at India’s Goa Shipyard under a technology transfer agreement.

India’s naval ties with Russia can be traced back to the mid-1960s when, following the 1962 Indo-China war, the government embarked on a plan for defense modernisation after suffering a humiliating defeat.

New Delhi’s efforts to solicit interest from the United States and Britain during the Cold War were largely unsuccessful, however, so India turned to the Soviet Union — sparking the rapid development of Indo-Soviet naval ties. Soviet support during the 1971 war with Pakistan then firmly established Indo-Russian defense ties and paved the way for future cooperation.

In the 50 years since, India has received a Kiev-class combination cruiser and aircraft carrier (the first fixed-wing carrier class built by the USSR), destroyers, stealth frigates, conventional and nuclear submarines, maritime reconnaissance aircraft and naval helicopters from Russia. Indeed, an estimated 70 percent of India’s defense equipment is of Russian or Soviet origin.

This means two generations of India’s servicemen have trained on, operated and maintained Russian equipment — a fact that still influences the enduring preference for Russian-made machines and a mutually beneficial arrangement for the countries.

More recently, however, India has focused on the modernization and indigenization of its own strategic defense technology in shipbuilding — moving away from being a ‘buyer’s navy’ to a ‘builder’s navy’.

The nature of India’s defense cooperation with Russia has, therefore, also evolved from a simple ‘buyer-seller’ relationship to one of joint research, development and production of advanced technologies and systems.

Take the BrahMos anti-ship missile, for example. Regarded as the world’s fastest cruise missile, it is one of the major successes of this Indo-Russian research. Other joint ventures between Moscow and New Delhi include the development of fifth-generation fighter aircraft, as well as the domestic Indian production of the Kamov Ka-31 naval helicopter, T-90 tanks and Su-30MKI aircraft.

At the same time, India’s thriving shipbuilding industry has made leaps in design and construction. In an effort to keep pace with China’s rapidly advancing PLA Navy, India has aspirations to grow from 130 ships to become a 200-ship force by 2027. Under that vision, the country will boast three carrier battle groups, 500 aircraft, and 24 submarines — six of them nuclear.

Significantly, with the exception of the two Talwar-class frigates under construction at Russia’s Yantar Shipyard, all of them will be built domestically in India — a sign that the country’s shipbuilding industry has truly come of age.

As the world’s leading importer of arms, India has been wooed by other major global suppliers and received offers of state-of-the-art defense equipment from Israel, France, the UK and the US — all of which have been keen to promote strategic partnerships with New Delhi in the Indo-Pacific region.

Washington declared India a “major defense partner” in 2016 — but that partnership has faced the hurdle of overcoming interoperability and compatibility issues, given the well-established use of Russian-made systems. In that sense, it does not look like the US will be overtaking Russia as New Delhi’s primary defense partner in the near future.

The US has also threatened India with sanctions over a major deal with Moscow to acquire a batch of S-400 missile defence systems, though it has not imposed any measures on New Delhi yet.

Strong interest from other countries provides India’s forces with both an opportunity and a challenge. While diverse equipment presents some difficulties in terms of integration of technology and maintenance, it also provides crucial advantages over its regional adversary, China, which does not have the same access to this technology.

India has, therefore, selectively introduced new equipment from multiple sources, including multi-role helicopters and P-8I maritime reconnaissance aircraft from the US, Scorpene-class submarines from France and Israeli weapon systems.

Most of the Indian navy’s top equipment still has a strong Russian link, though, having either been built in Russia or heavily influenced by Russian design — and Washington is not snapping at Moscow’s heels just yet.