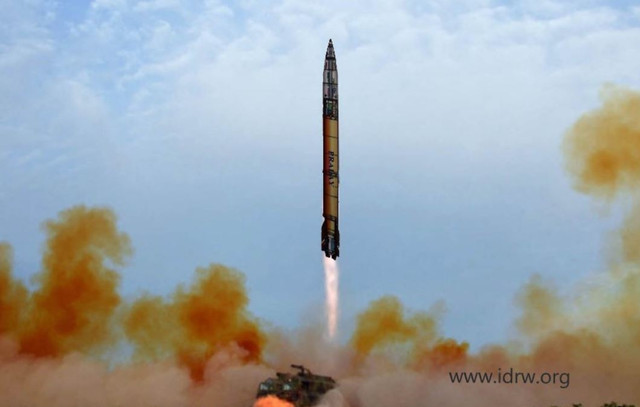 India has issued a Navigational Area (IMO) warnings on the Bay Of Bengal And North East Indian Ocean for Experimental Flight Trial to take place from Integrated Test Range (ITR) from 0230-630 UTC. As per coordinates provided, the area is around 350 kilometers in length.

Speculation is that India will be carrying out an Experimental trial of its Chinese centric Pralay Tactical Missile system which has been in development for last few years.

Pralay Tactical Missile system has a range of 350km with 1-tonne warhead and can achieve 400km range with a 500 kg payload. 5-tonne Missile system will have its own Canister based Transporter erector launcher for quick deployment and can provide effective firepower to the Army to neutralize command posts, communications nodes and troops in concentration areas of the rival force.