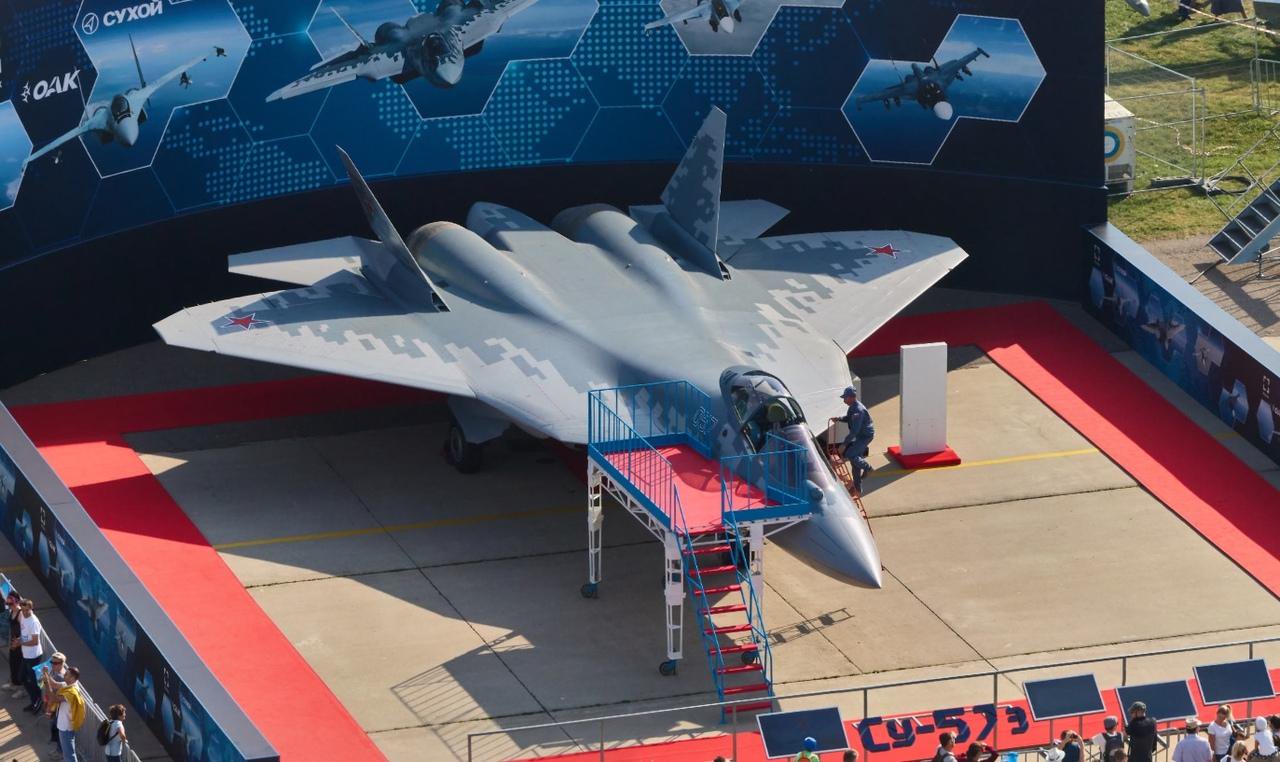 Su-57E was displaced with engine cowlings

Rostec officials have confirmed that Indian officials have been getting a regular briefing on the progress of the fifth-generation Su-57 fighter jet program from them and are still hopeful that India will be among the first few countries who will procure Stealth Su-57E fighter jets from Russia in near foresee, as per information provided to idrw.org, Russia is keen to address issues pointed out by IAF with the aircraft as it gears up to mass manufacture the aircraft for the Russian air force.

Su-57 has conducted 16 flights with the second stage engine known as Item 30 which comes equipped with a fully electronic automatic control system and ensures the fighter’s super-maneuverability, thrust-to-weight ratio, stealth characteristics and the ability to perform cruising flights at supersonic speed.

Recently Su-57E was displaced with engine cowlings on the top and lower completely covering the exposed unpainted metal section of the engine from previous prototypes, which according to Rostec officials have decreased some of these deficiencies of the rear side of stealth characters. Izdeliye 30 will help further reduce the rear aspect RCS together with the IR signature.

Air Chief Marshal Rakesh Kumar Singh Bhadauria after taking charge of the Indian Air Force (IAF) fully backed State-owned ADA’s 5th Generation AMCA program instead of Indo-Russian FGFA program based on Su-57E. National Security Advisor Ajit Doval has assured Russian officials previously that India might have walked away from a joint venture to develop FGFA but is still open to procuring the Export model of Su-57 when it is ready.