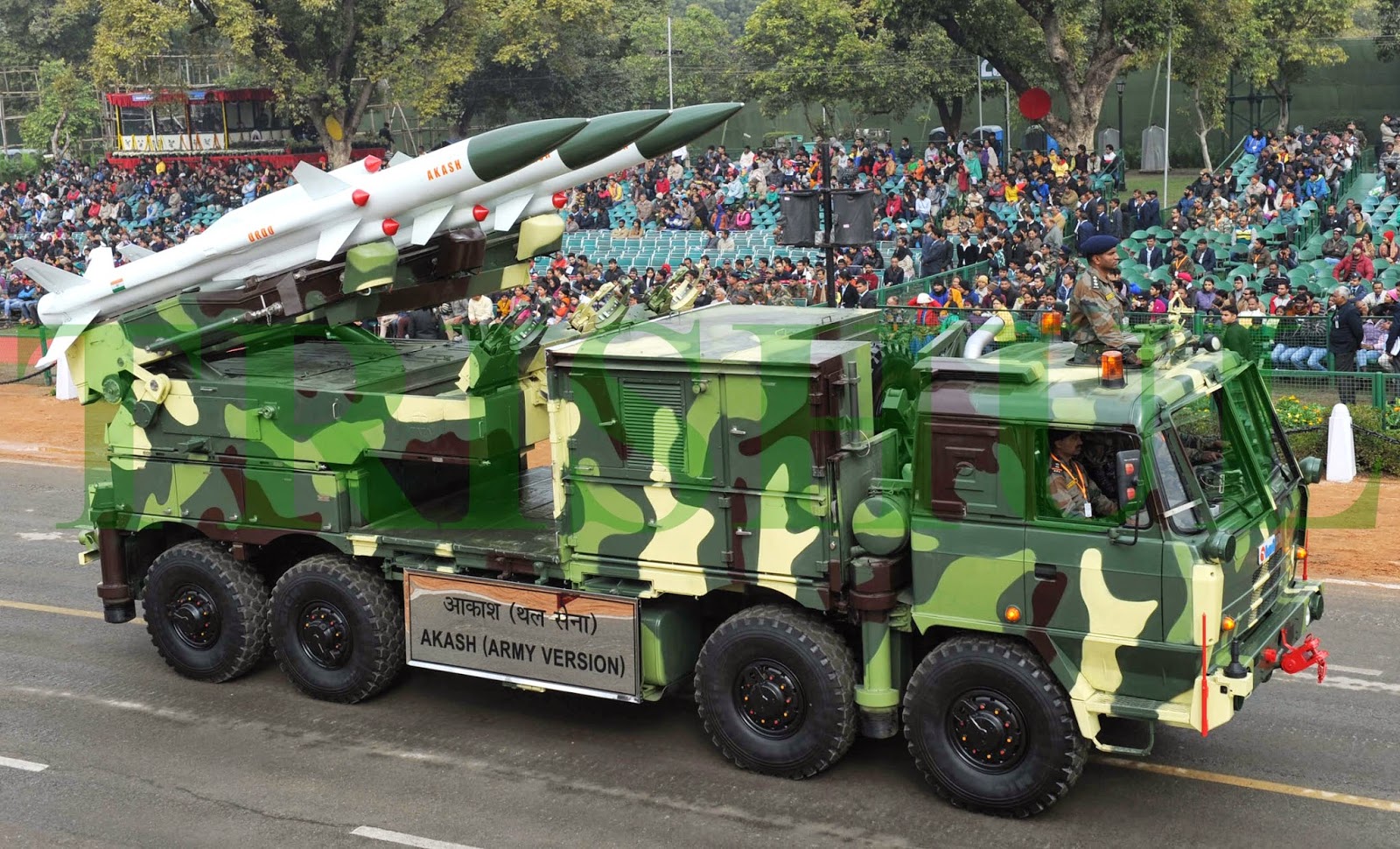 Defence Ministry is set to discuss a proposal to acquire two regiments of the Akash Prime missiles which can be deployed in high altitude areas above 15,000 feet according to the latest Indian media report. Akash Prime is new Akash missiles which will have an extended performance range than its predecessors are being prepared to be deployed in high altitude areas in Ladakh which shares boundaries with both Pakistan and China.

Akash Prime according to many defense analysts are repackaged Akash Mk1S which has been tested five times by the Indian Army already with indigenous Seeker. Due to the addition of the seeker, Akash Prime can now engage a target more accurately but reports also suggest that Akash Prime will also come with many additional tweaking to the radar and autonomous tracking and launch system to deal with high altitude extreme climatic conditions.

Akash Prime will come with the hardened onboard electronic system so that it can operate even in minus 35-40 degrees Celsius which is usually average daily minimum temperature at certain high altitude areas in J&K and Ladhak in Winter. Even though Akash Mk1 and Mk1S is an all-weather area air defence weapon system for defending vulnerable areas against medium-range air targets penetrating from low, medium and high altitudes, lack of canister makes it vulnerable to weather elements and Prime will be further customized to deal with such conditions.

Thermal batteries that provide the onboard power supply tend to deliver only 50 percent at –18°C when the same battery provides 100 percent capacity at 27°C. To deal with this issue, DRDO is reportedly planning to use new Low-Temperature Batteries which have a longer life, yet have a higher capacity. Akash Prime will feature Batteries that can operate at –20°C to 60°C, which makes them practical for use in cold weather conditions where the air defense system is exposed to hard climates for a long period.

Akash is powered by Ramjet-rocket propulsion system which renders thrust for the missile to intercept the target at supersonic speed without any retardation. It can fly at a supersonic speed ranging from Mach 2.8 to 3.5 and can engage aerial targets up to a range of approximately 25 km. Akash Prime will feature some re-tweaked Ramjet-rocket propulsion system for better operational performance at higher altitudes where the air is lighter which will allow its interception range of over 30km.

Two regiments of Akash Prime will make up around 480 launchers and close to 1500 missiles along with dozens of Rajendra radars, interlinked and controlled by the group control center (GCC). Akash Prime will be getting minor tweaks and changes and modifications to improve its performance at higher high altitude.