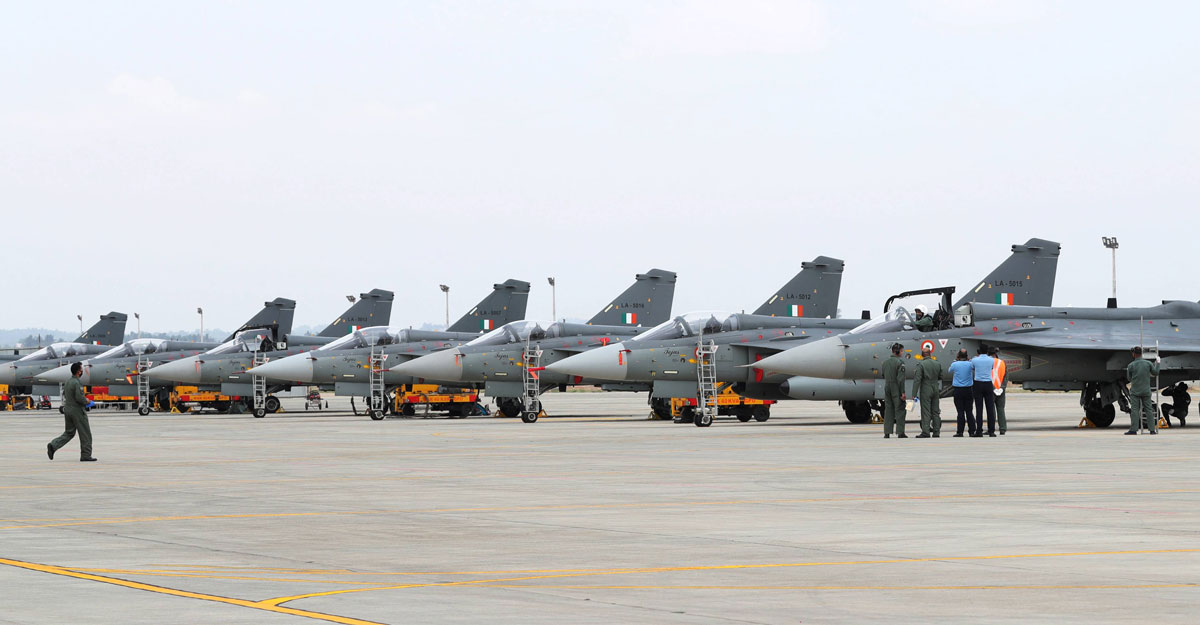 ‘Tejas today is best in its class in the world’ was a very important statement made by Chief of Air Staff Air Chief Marshal R.K.S. Bhadauria at the induction ceremony of the new Tejas squadron at Sulur recently prompting many Ex-Indian Air Force Pilots to question the need for foreign-made fighter jet under MMRCA Tender when the country is going through financial crises due to Covid-19.

Group Capt MJA Vinod (Retd) an ace Mirage-2000 and Mig-21 pilot backed induction of cheaper LCA-Tejas over MMRCA fighter jet and also cited LCA-Tejas performance in Exercise Iron Fist where it performed better than other jets in the air to ground bombing competition and stood first in points tally among other jets like Jaguars and Mirage-2000.

Wing CDR Nitin Purandare (Retd) also backed Vinod and called LCA-Tejas as a great machine and truly make in India an example. Many Defence Analysts also confirmed that LCA-Tejas already has demonstrated capabilities far better than some of the current fighter jets like the Jaguar fleet in terms of payload and combat range capabilities and also has outperformed it in Ground Strike capabilities.

Many Mirage-2000 Ace Pilots who have also flown Tejas Mk1 have called it at par with flight characters of a Mirage-2000 and are confident that upgraded Tejas Mk1A will come even superior in performance. LCA-Tejas Mk1 in its current avatar already has demonstrated a Maximum take-off weight of 14100 kg and Weapons payload capability of 4300 kg which is way over its previously advertised capability of 13500 kg and 3500 kg payload.

Other Defence Analysts have questioned the wisdom and need for foreign fighter jet which could take another 5 years to come out even if the contract is signed in 2020 when ADA already has proposed and is building MWF-Tejas Mk2 and also has offered development of “Rafale Class ” aircraft called ORCA and also working on 5th Generation AMCA fighter jet program.