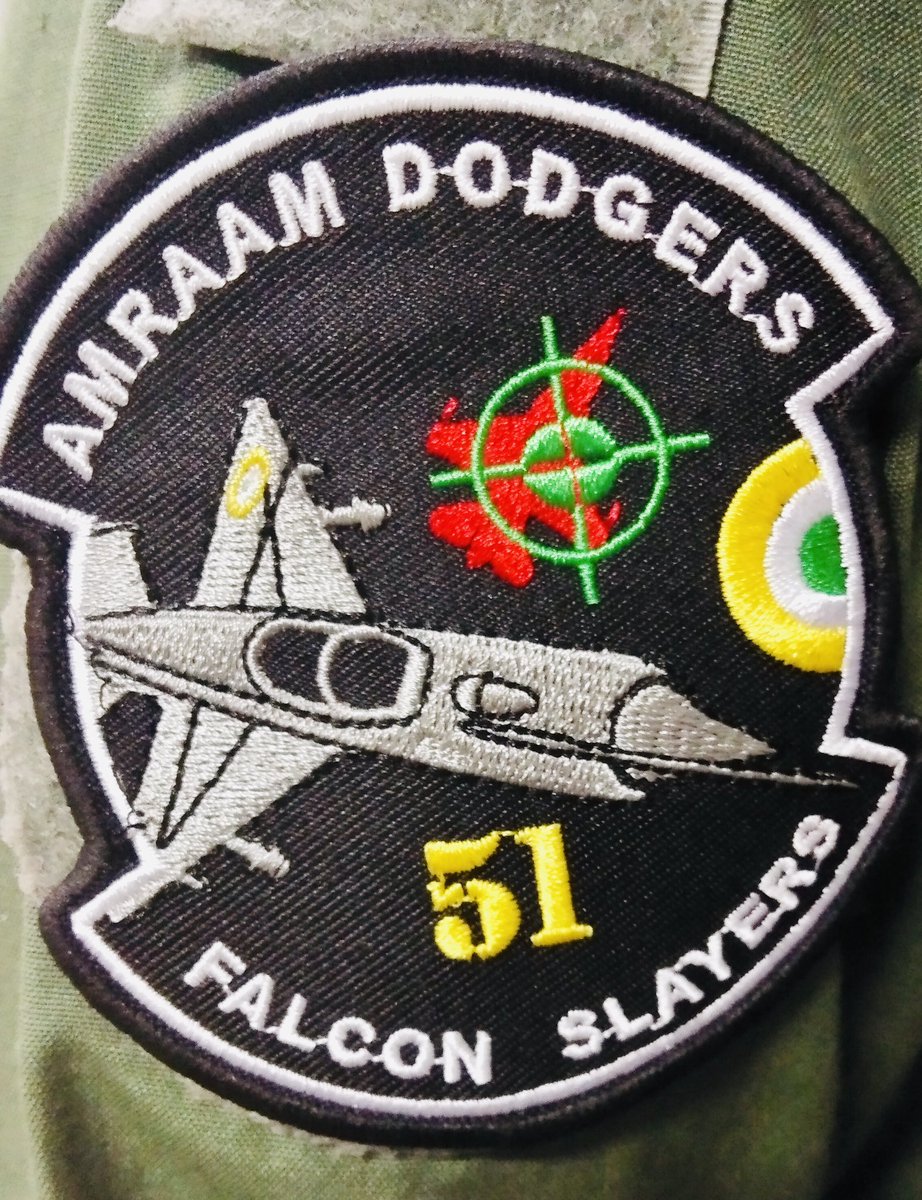 No. 51 Squadron equipped with MiG-21Bison which is based at Srinagar Air Force Station and took part in the aerial intercept and killed a vastly superior PAF F-16 in the close combat dogfight with an R-73 close combat missile by a Mig-21Bison flown by Wing Commander Abhinandan Varthaman, was seen with ” Falcon Slayer” Badges issued to the squadron pilots.

Vardaman has been officially moved from No. 51 Squadron to No. 23 Squadron (Panthers) which is equipped with MiG-21Bison and based at Suratgarh Air Force Station but the F-16 kill will remain with his previous No. 51 Squadron but the kill will be credited to Vardaman.

Pilots of the Su-30MKI Squadron which took part in the aerial intercept and survived the volley of 4-5 AMRAAMs fired by the F-16s at the missiles effective kill range of 50-60km was seen with ” AMRAAM Dodger” Badges.