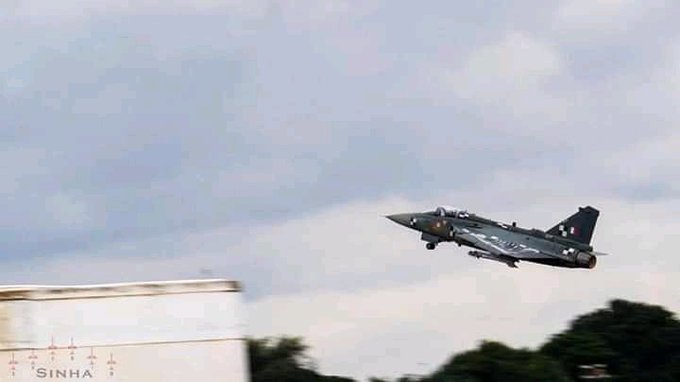 According to the information provided to idrw.org, Indian and Israel might have another go at integration process of Python-5 Close Combat Missile (CCM) onboard LCA-Tejas Mk1/1A fighter jets after it failed to clear Captive trials onboard LCA-Tejas due to excessive vibrations recorded at certain flight regimes apparently due to Big control surfaces in the front section of the Python-5 CCM which interfered with air-flow thus creating flutter issues and later ADA/IAF asked Rafael Advanced Defense Systems which is the manufacture of the missile system to step in to identify and fix the issue.

Rafael Advanced Defense Systems conducted a simulated flight regime of the Python-5 CCM onboard LCA-Tejas to identify and fix the issue and some Captive flights have been carried out recently with some changes to the AAM Pylons and the positioning of the missile itself. idrw.org has been told that if Captive flight evaluation tests records come good then it might be cleared to be test-fired from the aircraft sometime in the coming months.

Python-5, ASRAAM, and R-73 are infrared seeker based air-to-air missile that has been selected to be used against airborne targets from very short range for the LCA-Tejas Mk1 fleet, while Derby-ER BVRAAM with a range of 100km will also be tested from LCA-Tejas in 2021 and Astra Mk1 with a range of 110km will come integrated with upgraded Tejas Mk1A which is supposed to fly from 2022 onwards.

Older Derby BVRAAM and R-73 CCM are only air to Air missile that has been cleared for operational use on Tejas Mk1, while Derby-ER, Astra Mk1, Python-5, and ASRAAM will come in Tejas Mk1A which later will also be cleared for Tejas Mk1 fleet in near future. DRDO is also developing infrared seeker based Astra IR from Astra Mk1 frame for Near Beyond range interception capabilities for upcoming jets like MWF-Mk2, TEDBF, and AMCA.