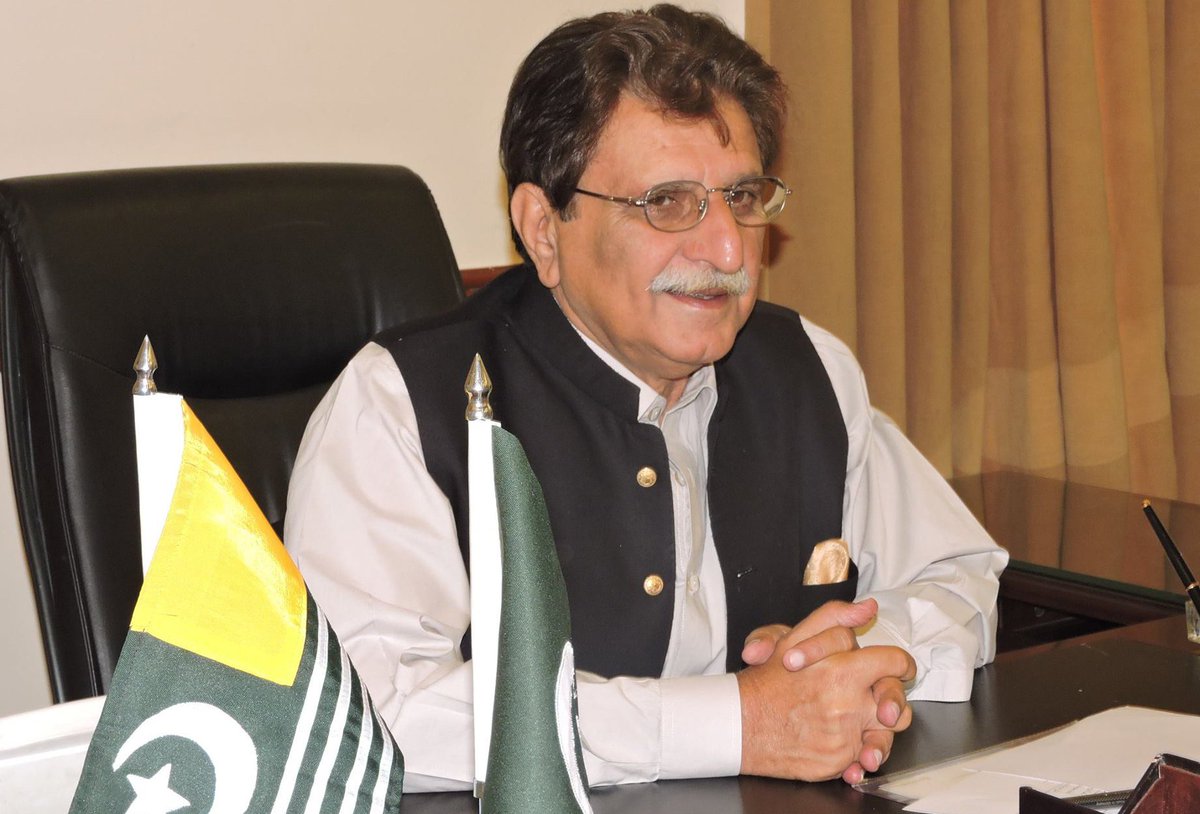 Prime Minister Raja Farooq Haider Khan of Pakistan occupied Kashmir (POK) while addressing a ceremony in Muzaffarabad Thursday made a statement that ” He may be the last Prime Minister of Azad Jammu & Kashmir (POK) ” which unleashed widespread panic among residents of POK about a possible move by Islamabad for permanent disintegration and division of the disputed state.

Opposition parties in POK have saif that “It is a very dangerous statement which seems reflective of the division of Kashmir” and asked for clarifications from him. Raja Farooq Haider Khan recently had lambasted Pakistani military and PM Imran Khan Niazi for being mute spectators after India abolished special autonomous status to the Indian side of the Kashmir.

Indian Government now considers Kashmir dispute has a settled and Internal matter of India and has warned Pakistan that further talks will be held only on return of Pakistan occupied Kashmir (POK) back to India.

Political rivals have asked Raja Farooq Haider Khan to take all sections of the people into confidence on the issue if he smells something in it. Indian defense experts have called the statement has a serious development and Pakistani government in a tit for tat measures might remove ‘Sadar-e-Riyasat’ (President) and ‘Wazir-e-Azam’ (Prime Minister) posts from POK in its efforts to stop any plans of India to capture POK back by making it another province and annex it completely.

India’s side of Kashmir too had similar posts which were withdrawn in March 1965, while Pakistani side continued with the tradition but both President and Prime minister of POK don’t have any special powers and follow orders from the Islamabad on all issues related to the region.

Some defense analysts close to idrw.org believe that Pakistani military which has shown no interest to go to war over Kashmir with India under Gen Bajwa might have planned to make POK another province of Pakistan so their by converting LOC into Permanent International border with India, while it continues to support its low-intensity warfare with India by supporting and training terrorists in the region for targeting Indian forces in Kashmir.

Many in POK are seeing this movement has very disturbing and plans in roll to complete annexation of the region into Pakistan and thus almost settling the issue with India without actually settling it. PM Imran Khan Niazi has been under pressure to act against India but after four months not many are satisfied with his measures and have started questioning his lack of initiatives on the matter.

Analysts think that Gen Bajwa might fear that any Kargil type misadventure near the LOC might allow Indian troops to enter and capture few strategic points in the POK which are vital for infiltration and are advantageous to Pakistani military especially areas like Pir Panjal Range which has received special attention by Indian Army both in 1965 and 1971 War and in recent clashes with Pakistani troops. While Pakistan might still call the Kashmir region with India disputed, it will difficult to convince people of the Pakistani side of Kashmiri and mainlanders that some sort of settlement has happened on Kashmir with India.