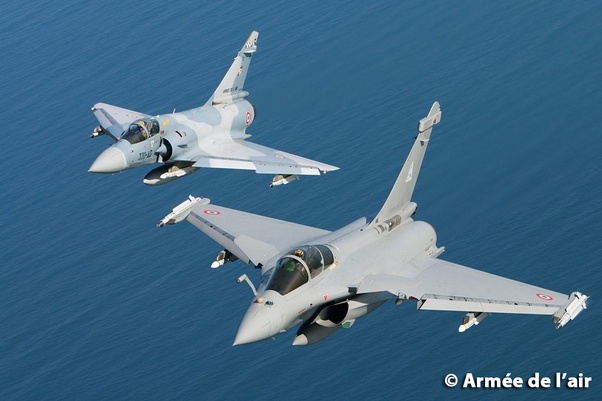 Rising costs and numerous procedural process and delays have resulted in a frustrating scenario where Indian air force has realized that only way moving forward is focusing more on indigenous fighter program after initially being reluctant to fully supporting the country’s LCA-Tejas program.

Tejas Mk-1A will now be the main component of the IAF’s Low-tier Point Air defense fighter fleet which will be replacing aging MiG-21 fleet which will also come as a boost to the shrinking fleet of the air force. Full support to the Tejas Mk-1A program shows that IAF finally has realized that the potential of the indigenous program that they have started to think ahead of future programs.

Tejas Mk-2 which is the next program in the line and will commence its developmental trials from 2021-22 onward, Mk-2 already has been upgraded to as a Medium Class fighter which will be India’s very own Mirage-2000. IAF openly called for performance benchmark which is superior to the upgraded Mirage-2000 which clearly shows that the IAF wants the developers to focus their efforts in developing an aircraft which they so dearly love to operate and have utmost confidence on.

Mk-2 will play a critical role in the Mid-tier and will supplement Dassault Rafale along with whichever aircraft is selected out of the recent tender of the MMRCA 2.0. Mk-2 will go on to replace a major chunk of Mirage-2000, Jaguar and MiG-29 from the Mid-tier which will start aging from 2030 onward and will be retired from 2040 onward.

AMCA is the new Dassault Rafale?

AMCA is still in its infancy, yet remarkable IAF already wants next-generation avionics, net-centric communication and Electronic warfare systems which will match or exceed the performance already which it will get to witness from next year onward after it inducts Dassault Rafale.

So impressed is IAF’s top military planners already with Dassault Rafale that AMCA is yet to take off officially due to the persistence of the military planners to develop the local system first so that the program doesn’t face delays due to lack of maturity of the systems which it wants in the next generation fighter aircraft.