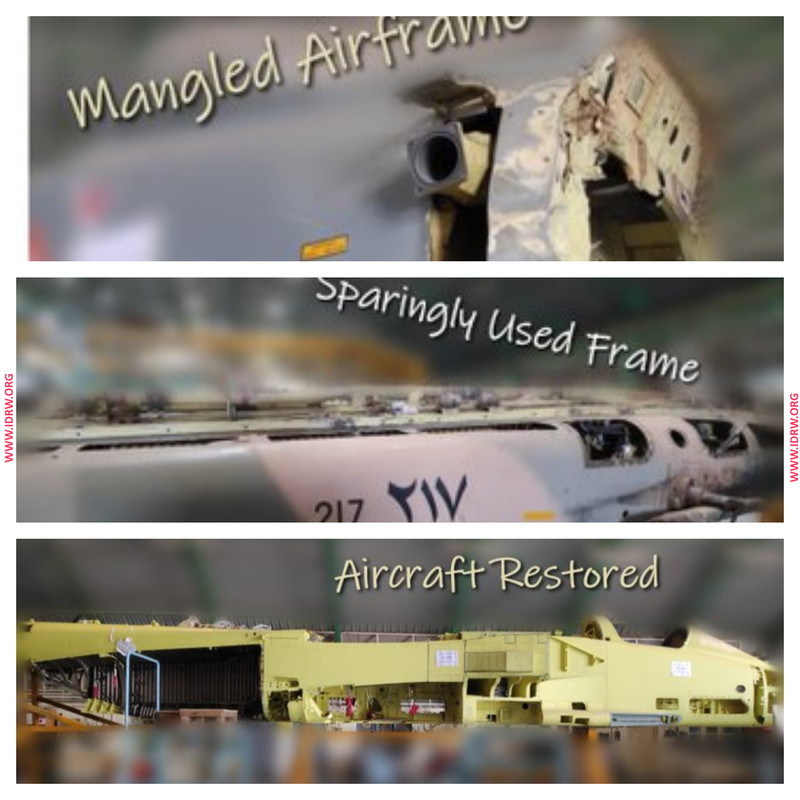 Harsh Vardhan Thakur, Test Pilot with HAL has dropped hints that 2 ex Jaguar strike aircraft procured from Royal Air Force of Oman (RAFO) by India have been used to rebuild an existing IAF Jaguar strike aircraft which had a mangled airframe near front fuselage section and probably was put in storage due to lack of airframe structure since the production of the aircraft has been shut decades ago and retired now by all its former operators making India its lone operator in the world now.

Oman had retired its last four operational Sepecat Jaguars in 2014 and had purchased 12 in the mid-’70s and maintained the same level of fleet till 2014 when they were retired. Two airframes were procured by India to be used as spares for the existing fleet of 90 jets in the IAF. IAF also has plans to acquire 31 Ex-Jaguars from the French air force which were to be donated free of cost to India also to be used as spares.

IAF has plans to continue operating at least 40 upgraded Jaguar strike aircraft in Darin-III configuration till 2034 when they could have seen nearly 50 years of service but since jaguars were licensed build locally in India by HAL, the last four jaguars were supplied by HAL in 2008, which makes the youngest airframes only 12 years old.