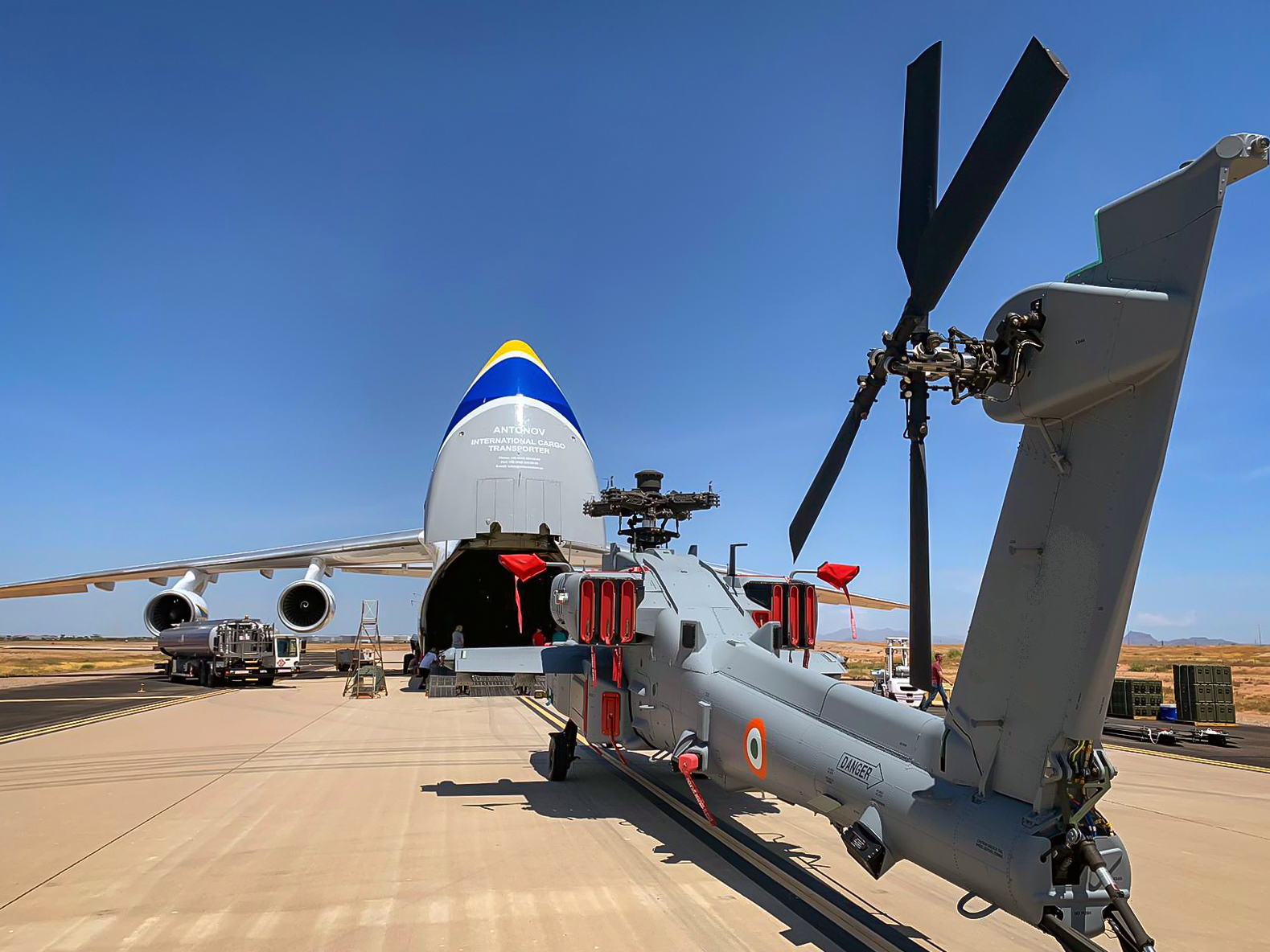 The IAF’s 125 Helicopter Squadron, known as the ‘Gladiators’, is all set to receive four more heavy Apache attack helicopter after pictures of four Apache helicopters being loaded in the an Antonov Airlines AN-124-100 on behalf of Boeing, from Phoenix-Mesa Gateway Airport (AZA), Arizona, USA, to Hindan Airforce Base (VIDX) in India made it to the Internet.

IAF already has received eight multi-role heavy attack helicopters in September earlier this year and it was also formally inducted into to be stationed at Pathankot, close to the Pakistan border, and in Jorhat Air Force Station in Assam near the border with China.

India signed a $1.1-billion deal for the 22 Apaches with Boeing in September 2015 to replace Russian-built Mi-25 and Mi-35 helicopters and another six Apaches for the Indian Army will be ordered as follow on order of the original contract soon.