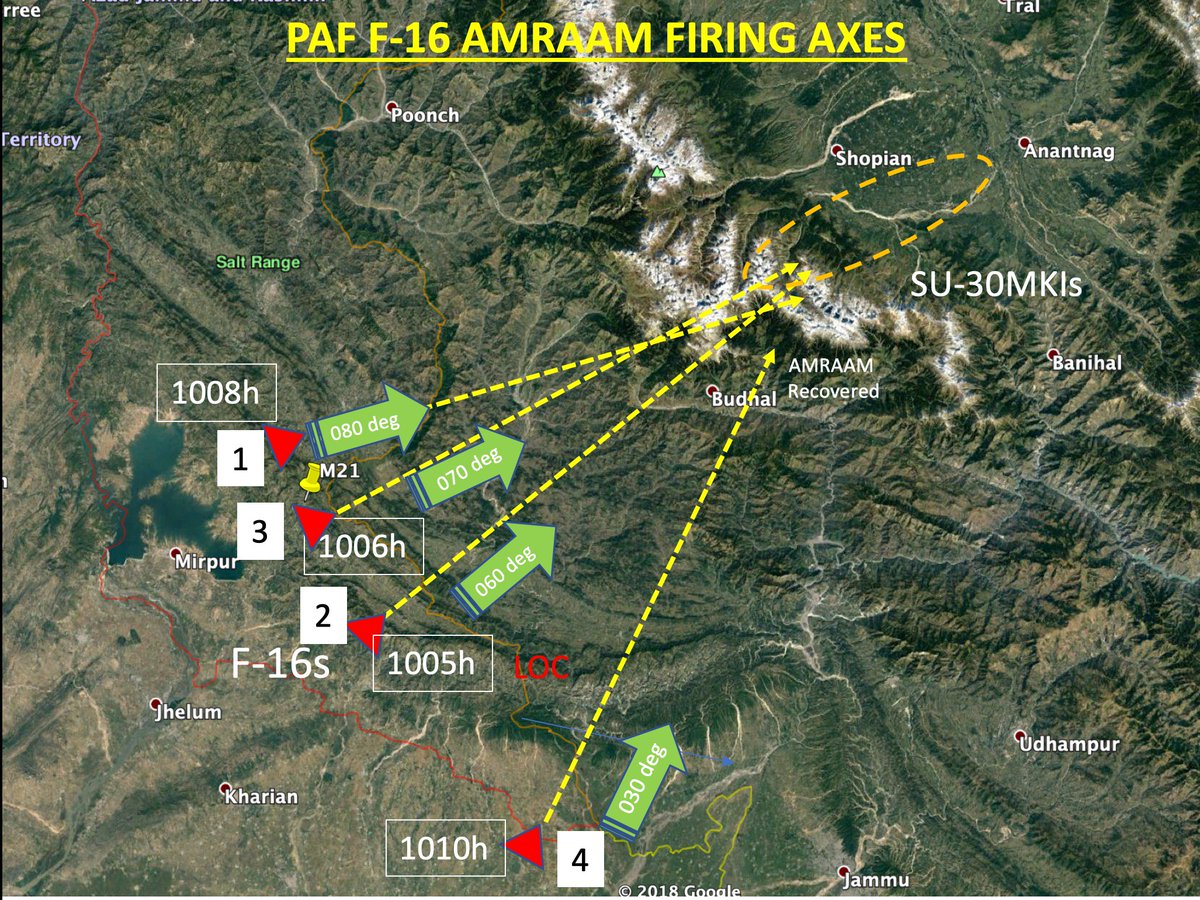 Sameer Joshi who is a former Mirage 2000 pilot, Kargil war veteran and a satellite imagery expert has put together multiple freely available video from the Pakistani side of Kashmir where four Pakistani F-16 positioned close to in Naoshera sector seems to have fired at least 4 to 5 AIM-120C5 at lone Sukhoi Su-30MKI which Pakistan had initially denied but later retracted and confirmed that it only fired two AMRAAMs and killed two fighter jets of IAF.

Video grab compiled by Joshi clearly shows at least 4 AMRAAMs fired by four F-16s while performing a Classic Beyond visual range HOT/COLD grind against a lone IAF Su-30MKI. The picture shown above shows the positioning of all the F-16s and position of the Su-30MKI which successfully dodged 4-5 AMRAAMs using a combination of flares and onboard anti-jamming equipment. 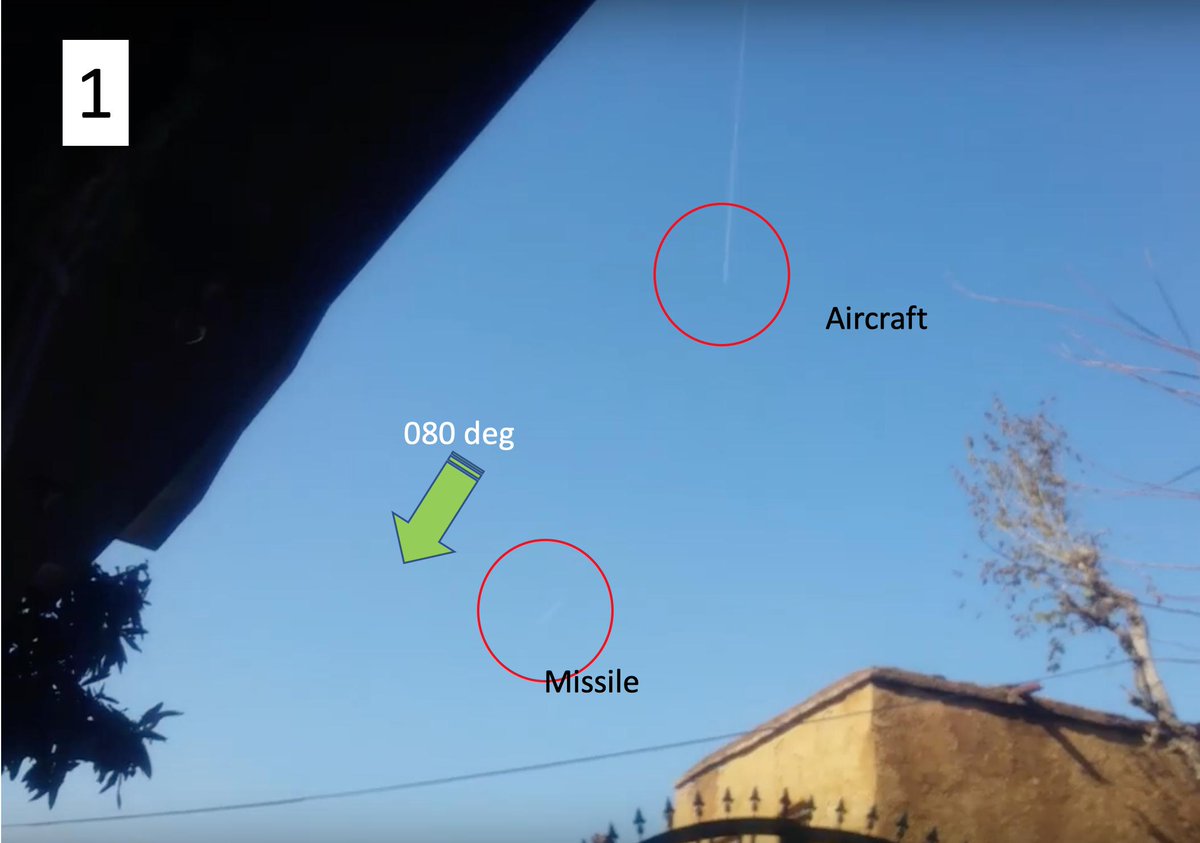 PAF initially claimed that Chinese developed JF-17 was used to fire and shoot down Indian Mig-21Bis and Su-30MKI but at to has been busted a long time ago after India showcased parts of the AMRAAMs recovered on the Indian side. PAF Pilots were seen wearing patches showing Two AMRAAMs and Two kill marks but that too has been busted, with fresh evidence showing multiple AMRAAM launches that day . India lost only one Mig-21Bis after it crossed Line of control but it brought down an F-16 with an R-73 air to air missile at close range before it was fired upon by another F-16 in the vicinity using an AIM-120C5 missile. 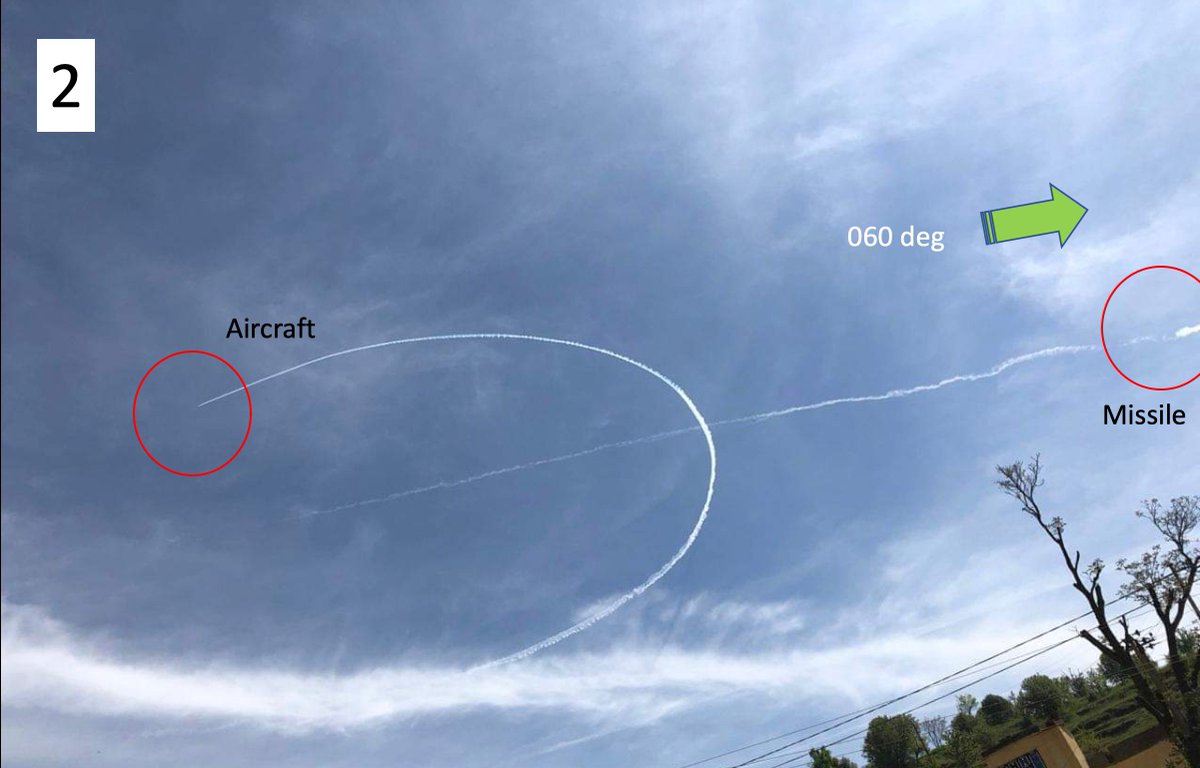 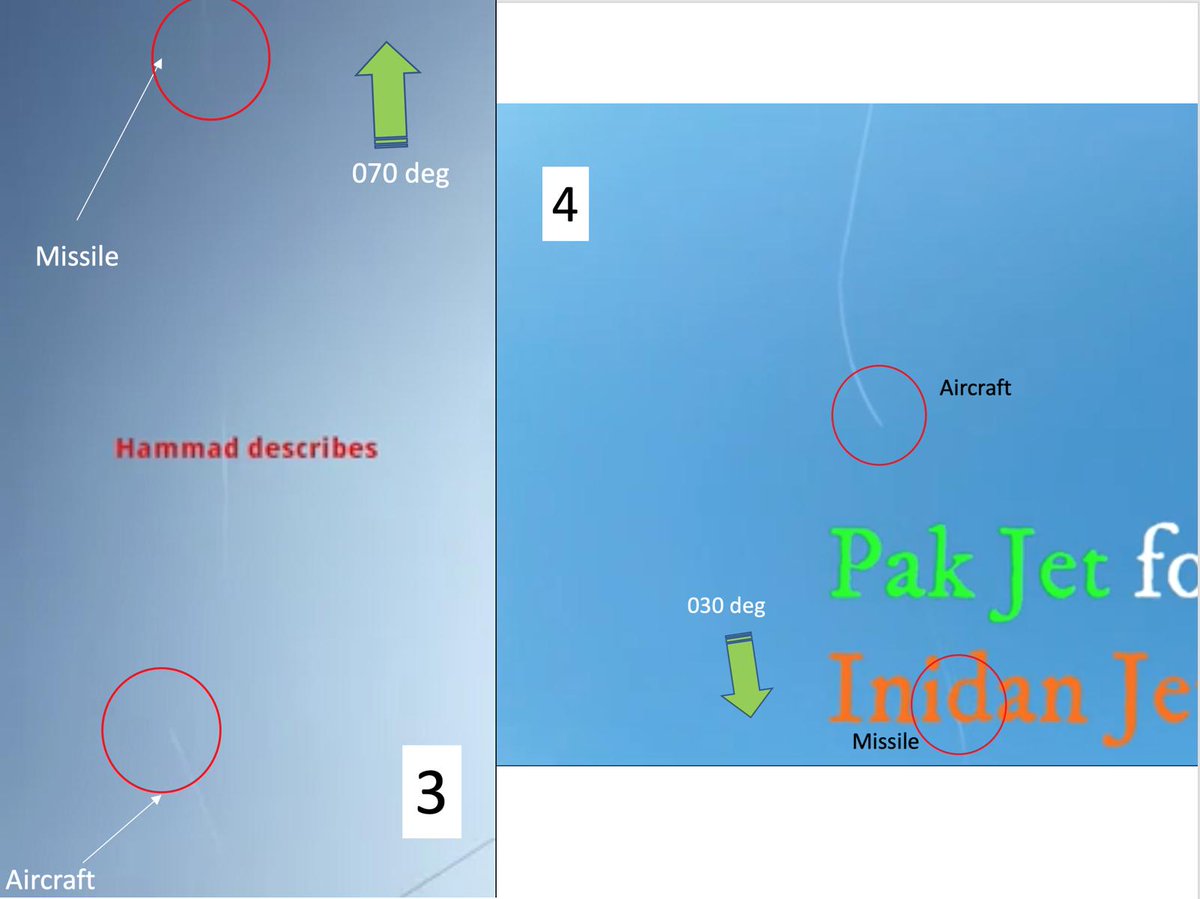 IAF account what happened that day is turning out to be true and PAF which has still not commented or given a statement of their side of the story is continuing to back Pakistani propagandists on social media platforms while it keeps its airspace closed for nearly 4 months in a row. 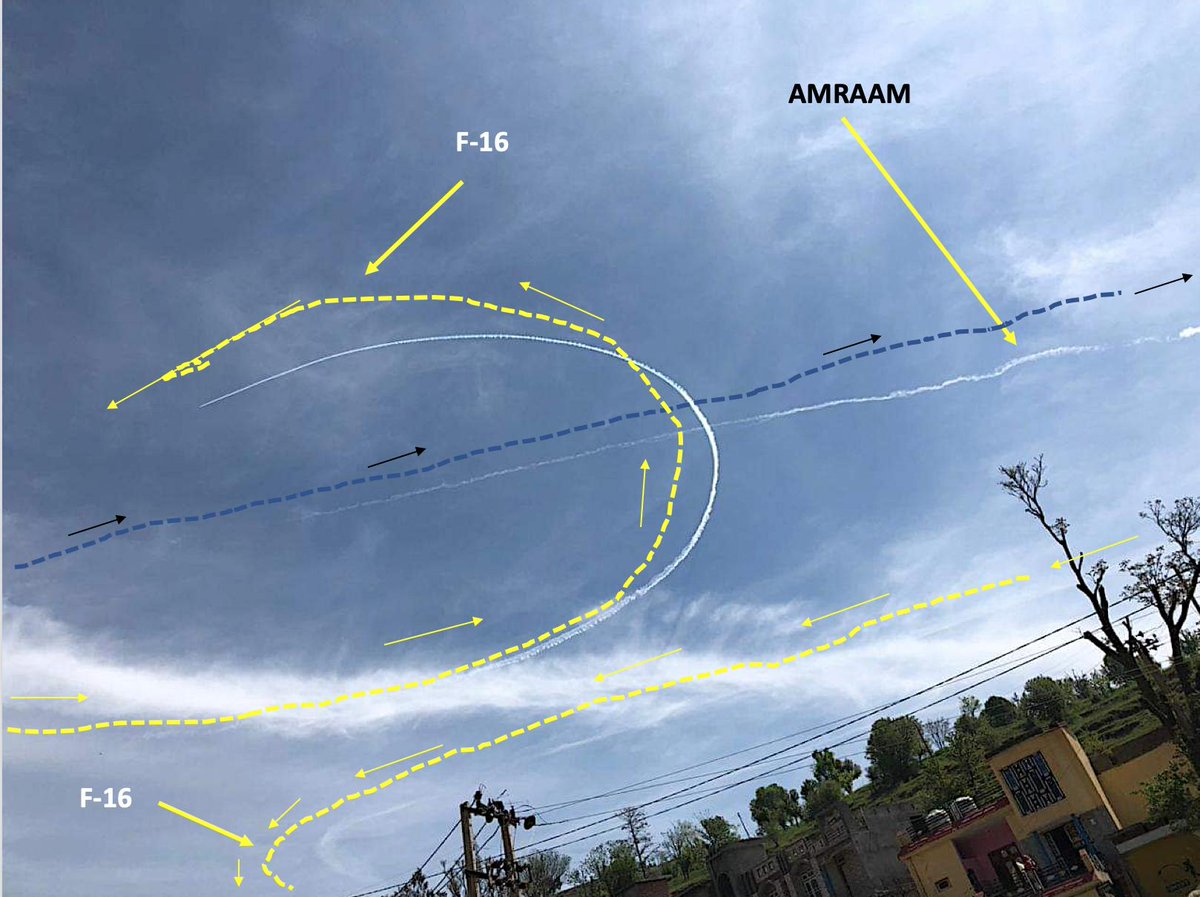