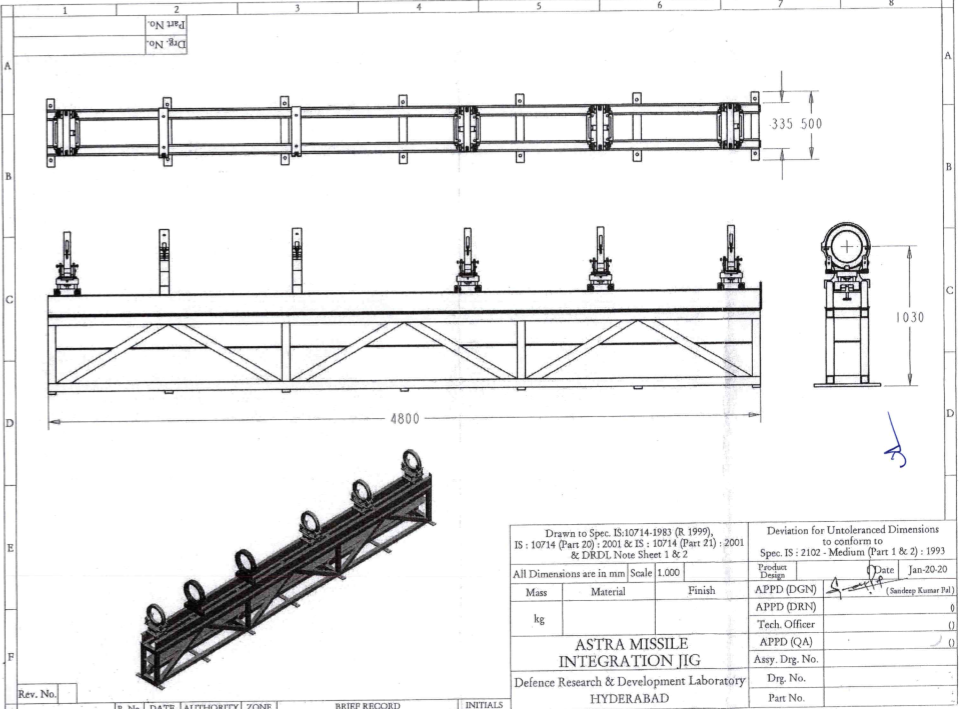 idrw.org has been informed that VL-SRSAM will be developed in two variants for Air Force and Indian Navy. The air force will get high mobility Truck-mounted canister based VL-SRSAM and Navy will get Canister based VL-SRSAM for its frontline warships which will replace ageing Israeli supplied Barak-1 Point Defence interceptor missiles which were procured after India ended its Tri-service Trishul SRSAM program in 2006 due to technical issues.

Astra BVRAAM already has been tested from Ground-based Launchers in the past and according to DRDO does not require any modification and will maintain Commonality with the Air-to-Air missile variant and can operate in ground-to-air missions easily, so the missile system as a whole can be tested at much faster.

VL-SRSAM system will have autonomous capabilities with all-weather, Mobile, quick 360° launch capabilities for lock-on-before-launch (LOBL) and lock-on-after-launch (LOAL) capabilities. While DRDO is mum on the missiles range, but capabilities of a similar missile system should ensure at least 40-50 km in Astra Mk1 configuration and in future Astra Mk2, range will jump to 80km.

VL-SRSAM family will consist of Truck Mounted command and control unit which includes a Radar sensor and 4-6 Missile firing units and replenishments support Truck for the Air force variant, In Navy, VL-SRSAM variant will be integrated with main and secondary Radar system of the Warship for tracking and detection.

The air force is looking for VL-SRSAM ADS which can be transported by C-130 or IL-76 Transporters when required, VL-SRSAM will supplement stationary Akash short-range surface-to-air missile (SRSAM) system in IAF and for Navy, it will replace aging Barak-1 PDS to supplement LR-SAM system which has range of over 80+km. The Army will have QR-SAM and Akash as its SRSAM but it it is not yet confirmed if Army will be interested in VL-SRSAM ADS.