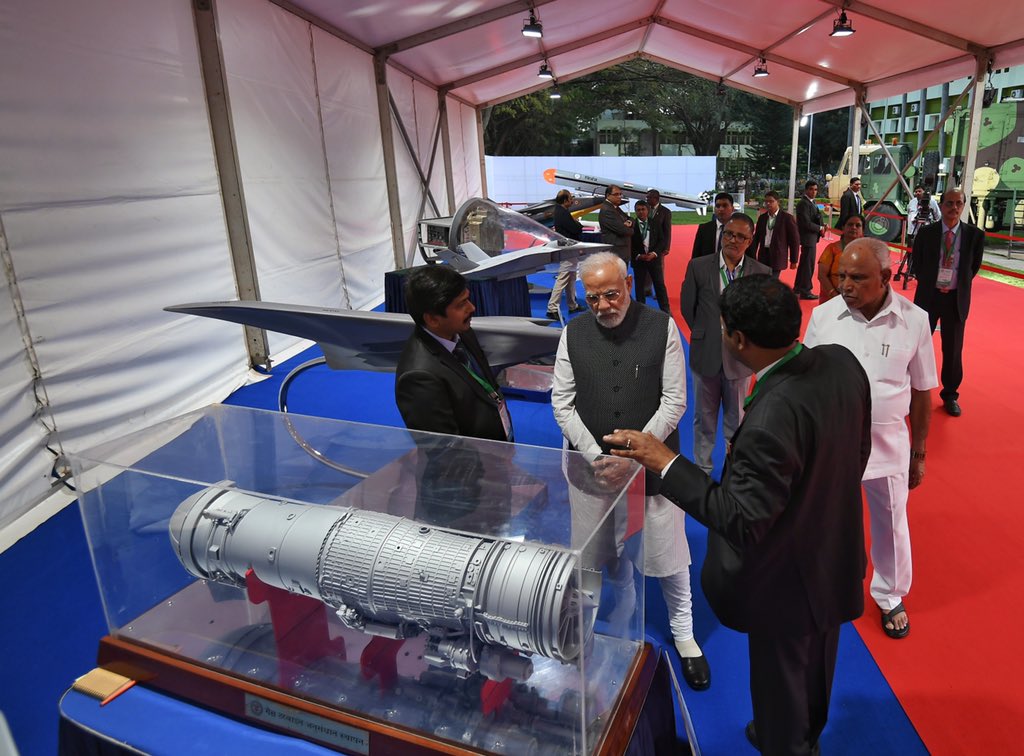 Defense Research and Development Organisation had proposed the Ministry of Defence (MOD) sometimes back to allow it to initiate a new afterburning turbofan project which will be a successor to the Kaveri engine program and asked for new funding after Kaveri engine program was terminated after thrust requirements for the LCA-Tejas program had changed and the engine failed to meet its Technical thrust requirements said an industry source close to idrw.org.

New Engine was to be designed to meet the power requirements of India’s 5th Generation fighter jet program after repeated attempts to get core technology for the program from a joint venture with a foreign partner failed to get any desired results. The proposed engine could be a clean slate design and will not borrow core and other technology from the now-closed Kaveri engine program but MOD wanted DRDO to prove that it can design and complete smaller projects first and in the process also develop next-generation technology for the engine.

IUCAV-UHF20 program is the first project under which an engine with a maximum of 52 kilonewtons (kN) of thrust in dry configuration will be developed and has been allocated Rs. 1068.69 (crores) to power the Ghatak UCAV program. While it is often called as Dry version of Kaveri engine but industry source close to idrw.org inform us that it is a much more advanced version of the basic Dry Kaveri engine which has been developed and will see the incorporation of newer technology, probably why 1000 crores have been sanctioned for the program while whole Kaveri program had a budget of only 3000 crores.

MOD in 2018 also allocated special funds to do cutting edge research in the development of special alloys for the core of the engine and such smaller programs are funded to create basic technology required for which both MIDHANI and Defence Metallurgical Research Laboratory (DMRL) will be involved in the supply of specialized metal alloys like steel, titanium, and nickel for making the main body parts and engine.