Careful India, Mig-29 offered by Russia might be of “Inferior quality.” 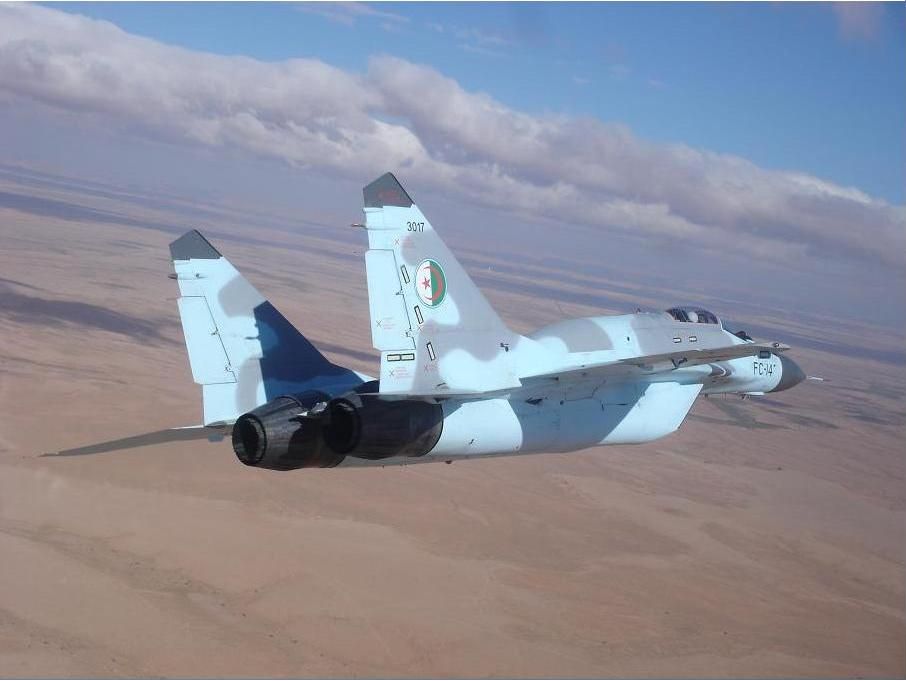 Mig-29s are been in news in India off lately after Moscow pitched its excessive MiG-29 Fulcrum aircraft to India and according to multiple local media reports, aircraft on offer range from 21 to 50. According to multiple reports, at least 21 Mig-29 on offer are still in a basic fuselage stage which was in storage all these years in Mikoyan factory outlet and if approved will be getting full internals, new engines, avionics, and Zhuk-ME Radar, engine, weapon control systems at par with Indian MiG-29UPG standard already in use by IAF.

The second lot of 13 Mig-29s offered to India in addition to the 21 basic air frames slated above reportedly were manufactured in 2008 and it is believed by many in India that it was part of the Algerian MiG-export fiasco which was supplied in 2007 and returned by the customer in 2008 after Algeria complained that 15 supplied MiG-29 SMT air superiority jet fighters were of “inferior quality.”

According to various media outlet reports on the Algerian MiG-export fiasco incident, Moscow had won a contract to supply 34 MiG-29 SMT/UBTs fighter aircraft in 2006 and by mid of 2007, Russia has delivered nearly 15 MiG-29 to Algeria but Algerian Air Force (AAF) quickly found out that their brand new Mig-29s were made of old parts and components which actually dated back to the early 1990s.

While Mikoyan insisted that all avionics and targeting equipment supplied with the aircraft was brand new and reflected its current production variants and even showed the internal logbooks from the production site to their Algerian counterparts to calm them down but, the Algerian government went ahead and pulled the plug on the deal and flatly rejected accepting any more of them.

Russia finally agreed to take back all fully manufactured 15 MiG’s that had been delivered to Algeria and remaining 21 air frame fuselage structures which were already manufactured by Mikoyan in order to fulfill the Algerian order of 34 MiG-29SMT/UBTs worth $1.3 billion, were later kept in storage. While Russian media later claimed that all 34 MiG-29SMT/UBTs will be absolved into the Russian air force but it looks like it never happened and this excessive Mig-29s in storage from 2008 onwards are the same ones that have been offered to India as a stop-gap emergency purchase for its falling squadron levels.

Indian media reports hints that IAF team earlier this year had visited an unknown Mikoyan factory outlet in Russia and inspected the Mig-29 air frame fuselage structures offered to India and were happy about their condition and the price at which it was offered to India. The Mig-29UPG standard package costs around $15 million per unit and after adding the cost of the air frame fuselage structures it has been quoted less than $40 million a unit. While the offer seems quite genuine and tempting, IAF needs to be careful and see that aircraft finally delivered to India have all brand new parts and components and are not of “Inferior quality” as alleged by the Algerian government.