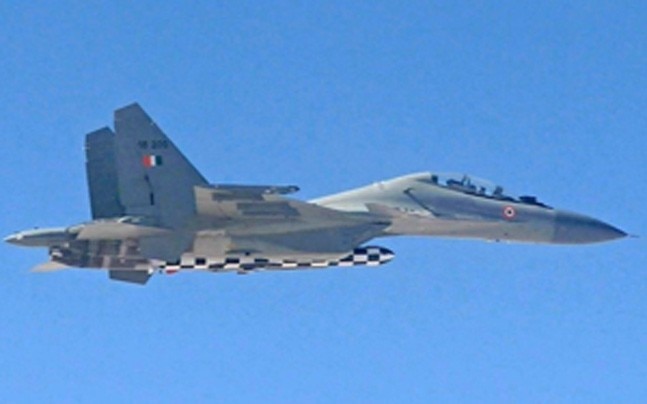 BrahMos, a joint venture between India’s DRDO and Russian NPO Mashinostroyeniya reached another milestone when its Air Launched version was given ‘Fleet Release Clearance (FRC)’ by the Centre for Military Airworthiness & Certification (CEMILAC) on 10 June 2020 through video conferencing. The conference was attended by members from DRDO, BrahMos Aerospace, Aircraft and Systems Testing Establishment (ASTE), Software Development Institute (SDI), IAF HQ and CEMILAC. This also led to operationalization of the weapon on Su-30 MKI of Indian Air Force (IAF).

The fastest supersonic cruise missile created history on 22 November 2017 after it was tested for the first time from IAF’s frontline aircraft Su-30 MKI against a seabased target. It was tested on 22 May 2019 in users’ configuration with launch point, target point, way point, launch altitude and range decided by the IAF. The airborne BrahMos was again flight tested on 17 December 2019 against a sea-based target successfully hitting the target at bull’s eye. The successful test firings have established BrahMos as the world’s most powerful conventional airborne precision strike.

Su-30 combat aircraft of the IAF. With a strike range of 290 km and a warhead of up to 300 kg, the 2.5 ton missile promises to deliver a deadly blow to strategic enemy positions across the land or sea. The air-launched BrahMos project was fraught with innumerable challenges as it involved the integration of a very powerful, high-speed, manoeuvrable missile on-board a heavy long-range air superiority fighter platform. The Russian-origin Su-30 combat aircraft underwent structural modifications to carry the BrahMos ALCM whose weight was reduced by 500 kg in order to fit it onto the heavy strike fighter.

The missile underwent design refinements for aerodynamic stability in the early stages of its flight from the supersonic air fighter platform. The highly intricate and challenging BrahMos-A programme became a marvellous engineering and technological feat for India wherein BrahMos Aerospace in close coordination with the IAF, HAL, DRDO, Russia’s Sukhoi and all other major defence entities successfully modified, integrated and flight tested a weapon of such class and calibre from a fighter aircraft for the very first time in the world. “The Su-30 MKI armed with formidable BrahMos is going to be India’s ultimate trump card against any kind of enemy aggression” said Dr Sudhir K Mishra, Director General BrahMos, DRDO. “BrahMos is a very heavy missile and such a class of weapon has never been deployed by a powerful frontline air combat platform of any country in the world.

The missile has enormously widened our Air Force’s stand-off air attack capability and has given it a distinct strategic edge over its adversaries” added BrahMos Chief. The incredible BrahMos Weapon System having excellent land attack and anti-ship capability has established its multi-platform, multi trajectory and multi-target features for platforms based on land, sea, sub-sea and air. BrahMos missile has emerged as a major ‘Force Multiplier’ in the modern day battlefield with impeccable capabilities furthering the confidence amongst all the three wings of the Armed Forces and has given them the much needed capability to undertake deep surgical strikes. In a rapidly evolving regional and global geostrategic order, a powerful weapon such as BrahMos has undoubtedly changed the security dynamics for India.