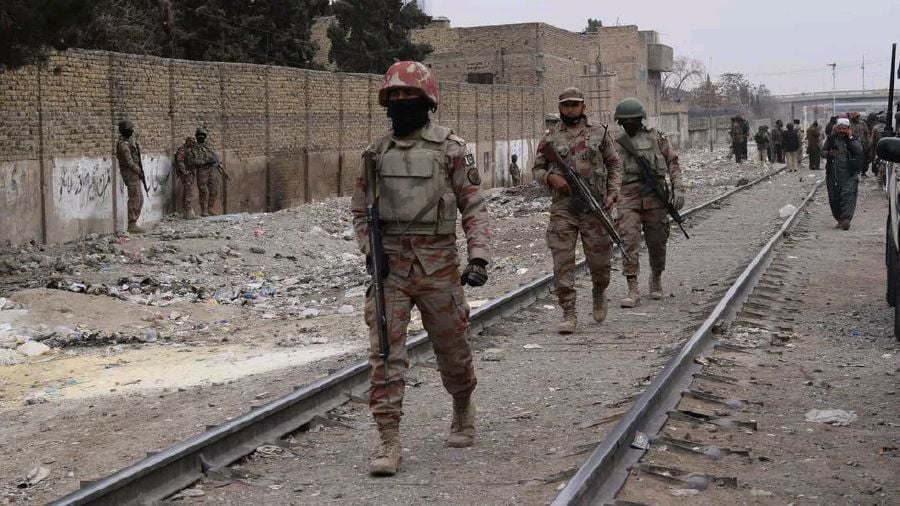 Six paramilitary soldiers were killed and four wounded in Pakistan’s restive southwestern province of Balochistan in a roadside bomb attack on their vehicle, officials said early Tuesday. The incident happened in the hilly areas of Bolan district, some 80 kilometres (50 miles) southeast of the provincial capital Quetta late on Monday.

“Six Frontier Corps personnel were killed in a roadside bomb blast while four others received injuries and have been sent to hospital,” Deputy Commissioner Bolan Murad Kasi told AFP. The bomb hit the vehicle during a routine patrol, he added. No group immediately claimed responsibility for the attack but Baluch separatists demanding greater autonomy have been waging an insurgency for years while the province is also riven by sectarian strife and Islamist violence.

Six soldiers were killed in a similar roadside bomb blast earlier this month. The incident was later claimed by the Balochistan Liberation Army, a Baloch separatist group.

Mineral-rich Balochistan, bordering Afghanistan and Iran, is the largest of Pakistan’s four provinces, but its roughly seven million inhabitants have long complained they do not receive a fair share of its gas and mineral wealth.

China is investing in the area under a $54-billion project known as the China-Pakistan Economic Corridor (CPEC), upgrading infrastructure, power and transport links between its far-western Xinjiang region and Pakistan’s Gwadar port.

Thousands of paramilitary troops carry out security checks and help police in maintaining law and order in restive parts of Pakistan.-